"The Last Cruise" profiles the Diamond Princess, which had the largest coronavirus outbreak outside of China in the early weeks of the pandemic 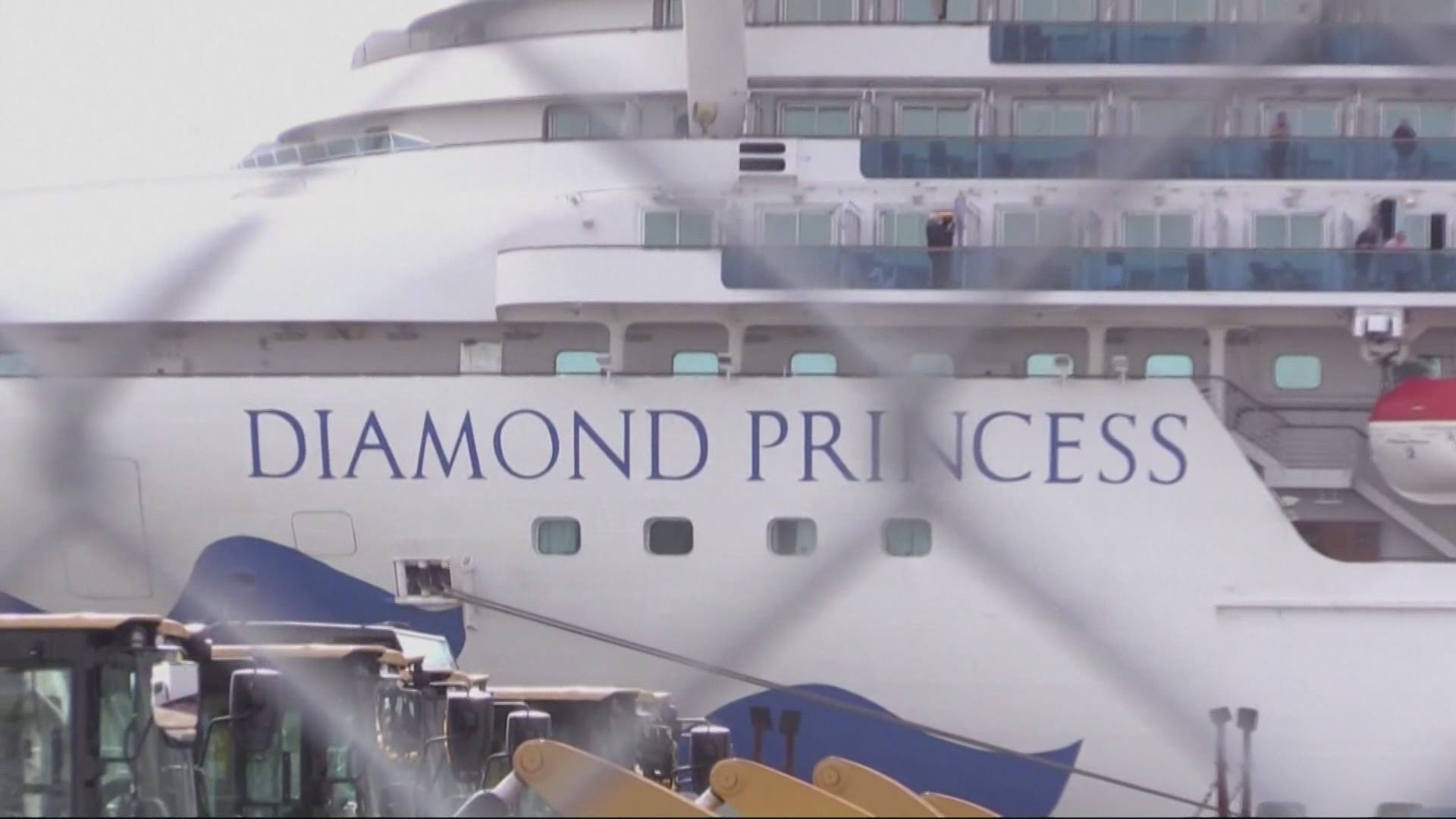 PORTLAND, Ore. — In January and February of 2020, Kent and Rebecca Frasure spent weeks aboard the Diamond Princess cruise ship. What started as a dream vacation, turned into a nightmare after more than 700 people on the ship became sick and 14 died from the coronavirus.

Kent and Rebecca recorded multiple videos while in quarantine in their stateroom.

"Even the first day when we captured the first announcement of quarantine, we knew something was happening. Something pretty important," Kent said. "I was like, 'I need to film this because we don't know who off the ship will know what's happening. So we need to document what's happening to us and possibly share that to the world.'"

Kent and Rebecca finally were able to fly back to the United States after more than seven weeks in quarantine in Japan and after Rebecca had tested negative twice. When they were home, they were approached by HBO to use their video to help tell the story of the outbreak on the Diamond Princess.

RELATED: Forest Grove woman reflects one year after getting COVID-19 on cruise ship

"What makes this documentary neat is it's filmed by the passengers and crew that are onboard the ship." Kent said.

He said the crewmembers were great to deal with and always kept on that happy face, but in reality, "You really didn't get to see the behind the scenes of their fears and what was happening to them."

The 40-minute documentary titled "The Last Cruise" follows around the Frasures and three other couples as well as crew members while they are docked in Japan.

The film debuted at the SXSW Film Festival in mid-March and was nominated for an award.

"You really get a good inside view of what was happening onboard the ship from our perspectives and really kind of our worries and how we saw the world," Kent said.

He was originally slated to work as a consulting producer to help make sure the facts of what happened during his time onboard were true. Kent's previous work as a short film filmmaker and the director continuing to lean on him during the editing process helped him get the title of associate producer on the film.

"I really wanted to help tell the story and the director also needed help with fact-checking and gathering video and other things," Kent said.

He said watching the videos again, some he forgot he had even taken, brought back moments of anxiety. At one point, he said director Hannah Olson told him to stop watching because he said it was becoming too much.

The documentary premieres March 30 on HBO and HBO Max at 9 p.m.