Operators of The Happy Camper Food and Coffee Bar say they no longer feel safe in the neighborhood. 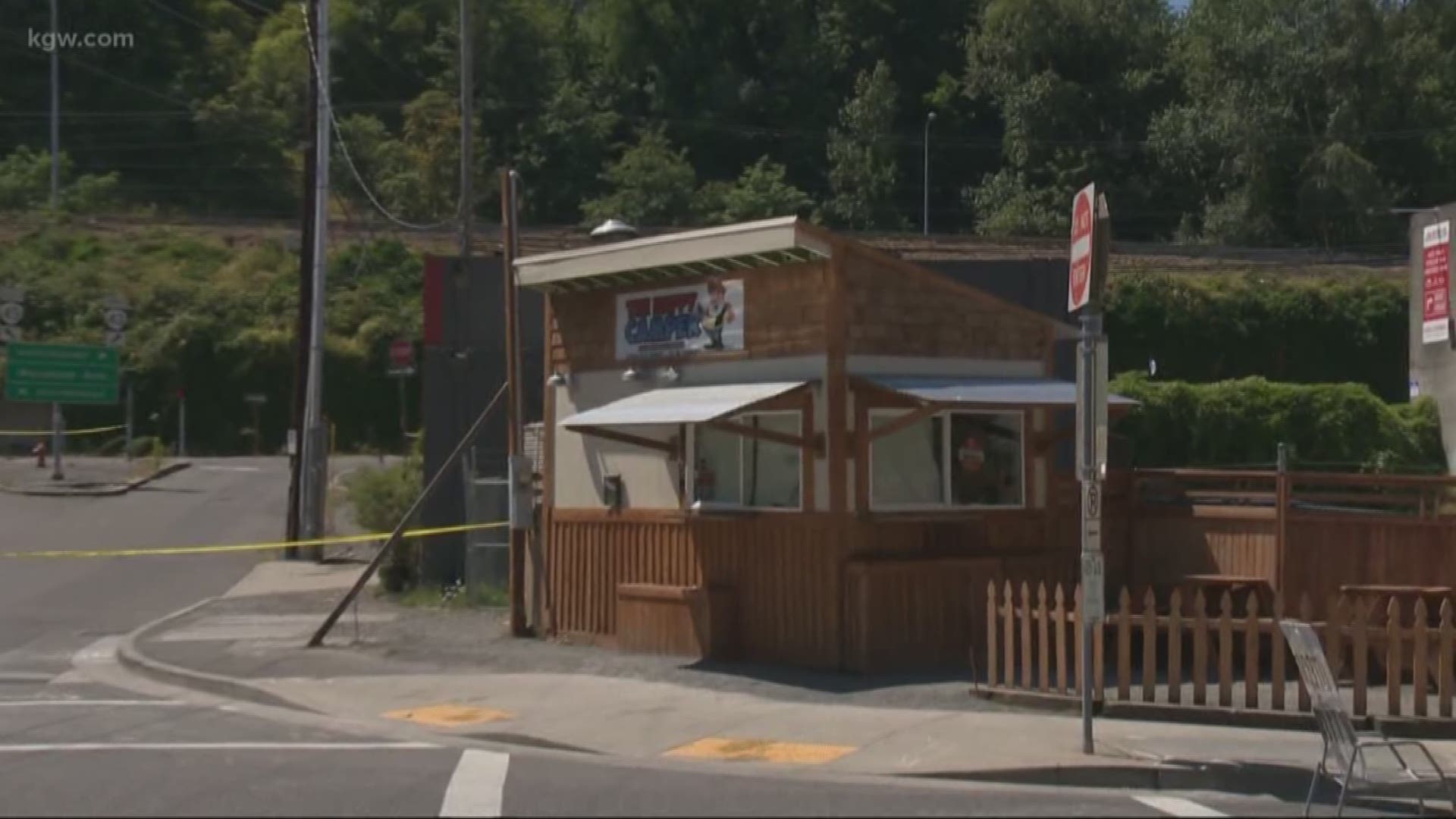 PORTLAND, Ore. — The owners of a Portland food cart located near the Occupy ICE PDX camp announced they are closing the business due threats and verbal attacks by protesters.

Julie and Scott Hakes, owners of The Happy Camper Food and Coffee Bar, say they no longer feel safe in the neighborhood after their daughter, who works at the cart, was repeatedly threatened.

The Occupy ICE PDX demonstration began a month ago at the Southwest Portland U.S. Immigration and Customs Enforcement holding facility.

"It started with one day that really started this all off where one of the main antagonizer over there was obviously bored, and my daughter was talking with a customer and laughing and joking," said Scott Hakes. "The antagonizer screams out, gets on the blow horn and starts screaming that out that my daughter is laughing at them, trying to make a mockery of them, everything that they believe in, and boom. Away it went. We were on the number one hit list from that point on."

Scott Hakes said some of the protesters told his daughter they would hurt her. He said the threats got worse after his daughter sold food to a DHS officer.

"They're constantly cussing at her and screaming at her. You know she'd finally had enough. She finally called me up on the phone, crying," Scott Hakes said.

"They already know what she drives. They see her walking around, and they run after her. You know, they videotape her, and they’re telling her they know where she’s at. And there’s no reason for it. She hasn’t done anything," said Julie Hakes.

The cart, located at 0651 SW Bancroft St., is owned by the nonprofit homeless outreach organization, Operation Off The Grid, according to its Facebook page, and helps pay for food, clothing and hygiene products for the homeless.

“Unfortunately, over the last month, we have been threatened and verbally attacked for not backing the immigration agenda at the DHS location and wanting to stay neutral and serve all who are hungry,” said a post on the cart’s Facebook page. “We tried repeatedly to try to work out peaceful solutions with the organizations and individuals protesting, but it all came back to being told almost daily to either support the anti-DHS agenda or suffer the consequences.”

After the protest began, Mayor Ted Wheeler, who also serves as police commissioner, declined to provide assistance from the Portland Police Bureau to Department of Homeland Security.

"We just decided her safety is our number one concern. No matter how much we want to help people, family comes first," Julie Hakes said.

Julie and Scott Hakes are selling the cart. It was listed for sale before the protest began. They planned to keep the business open until it sold, but said they made the decision to shut it down because the protesters put them out of business.