The Willamette River in Harrisburg, Corvallis and Albany has risen to or above flood stage, and is expected to fall below flood stage by Thursday. 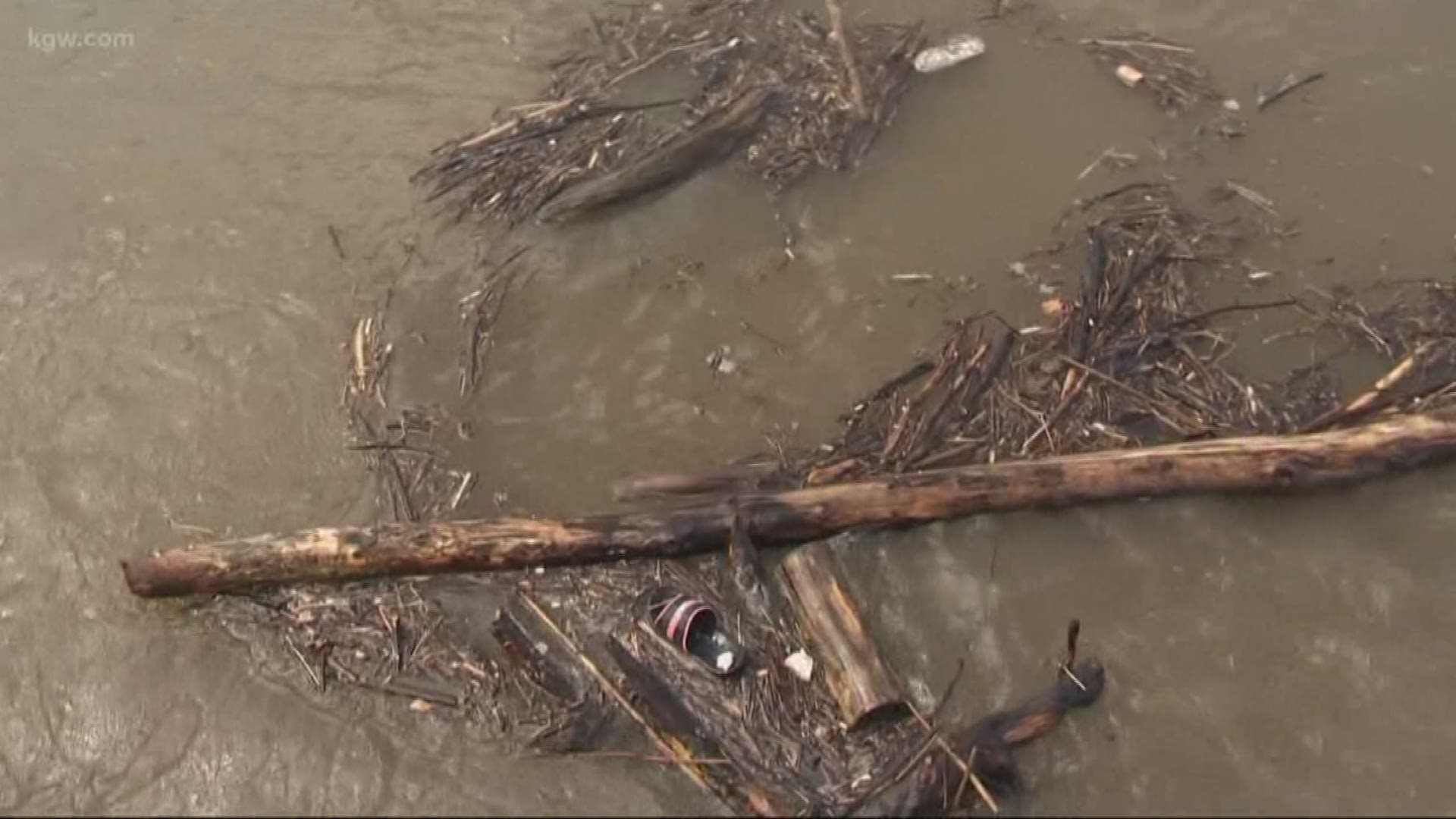 LANE COUNTY, Ore. — Flood warnings remain in effect Thursday for rivers affecting Benton, Lane, Linn counties, and Highway 34 has been shut down in Corvallis because of flooding.

Here's a look at the specific rivers mentioned in the latest flood warning:

The Willamette River at Corvallis was at 31.1 feet at 8 a.m. Thursday, 1.1 feet above flood level. The river crested near 33 feet in the area at 9 a.m. Wednesday.

There has been extensive flooding in low-lying agricultural land east and south of Corvallis and numerous roads in and near the Corvallis area. Highway 34 has been shut down at the Highway 20 intersection because of flooding. ODOT is detouring all traffic until the water recedes.

Expect flooding in Bryant Park, South Albany, and in low-lying agricultural land and some roads near the river.

Lane County may be dealing with the worst of the flooding. The coastal fork of the Willamette River spilled over its banks Monday, prompting Level 3 (Go) evacuations. Residents of the Riverstone mobile home park in Cottage Grove and people living in the floodplain of the Willamette and Row rivers were forced to leave their homes.

The Army Corps of Engineers caused some of the problems in Lane County by releasing water from a dam system east of Cottage Grove. Officials said the Dorena Reservoir was overwhelmed by the rainfall totals and if the reservoir overflows, it could cause even more damage.

Longtime residents told KGW they haven't seen flooding like this since 1996.

On Monday, firefighters had to use a boat to save two people and a cat from an RV that was surrounded by water.

The heavy rains also caused a landslide on Highway 58, east of Oakridge, the same areas devastated by February's snowstorm. Crews reopened the highway on Tuesday.

On Sunday, in Estacada at Milo McIver State Park, the Clackamas River was just a little more than a foot from flood level and moving fast.

"It's freaking me out a little bit," Linda Barnett said.

KGW caught up with Barnett at Carver Park in Oregon City where the boat ramp area was already flooded Sunday afternoon.

"This is the highest I've ever seen it, ever, and I've seen a few floods here," Barnett said.

From what she saw, she said it did not take long to get like this.

"It's going up really fast," Barnett said. "Just in four hours, it's gone up probably two or three feet, so I'm kind of worried since I live right by the river."

On Sunday in Junction City, people were also preparing for possible flooding. One rancher moved all of his horses just to be safe.

"Got all the equipment out and got horses out this morning, 25 horses moved within a couple hours this morning," Rolling H Ranch Owner Matt Hogan said.

In Lebanon, people could not move fast enough. Firefighters there had to do two water rescues Sunday. Lebanon Fire District Battalion Chief Nick Tyler said firefighters had to rescue two people and a dog. Crews think they were homeless and camping near Gill's Landing on the South Santiam River.

"The water had risen from the campsite and cut them off, basically put them on an island, and they were just trapped on this little island," Tyler said.

Crews had to use ropes and a raft to save one man and a jet ski with a rescue sled to save the other man and his dog.

"I was driving in to work today and I had seen some water shooting out of a manhole cover, you know, in the roadway, and I was kind of thinking back, the last time I saw that was in 96, when we had the flood back then," Tyler said. "So, I kind of had that feeling coming to work that we were going to have some issues. I didn’t think we would have to be crossing the river in the jet sled to go rescue people off an island, but you never know."

That was not the only problem in the area though. Waterloo Campground was evacuated because of flooding on Sunday.

"Right now, we're just faced with a lot of water and no place for it to go, so lots of isolated flooding on different roadways," Tyler said.