More people are interested in seeing the damage from the Eagle Creek Fire. 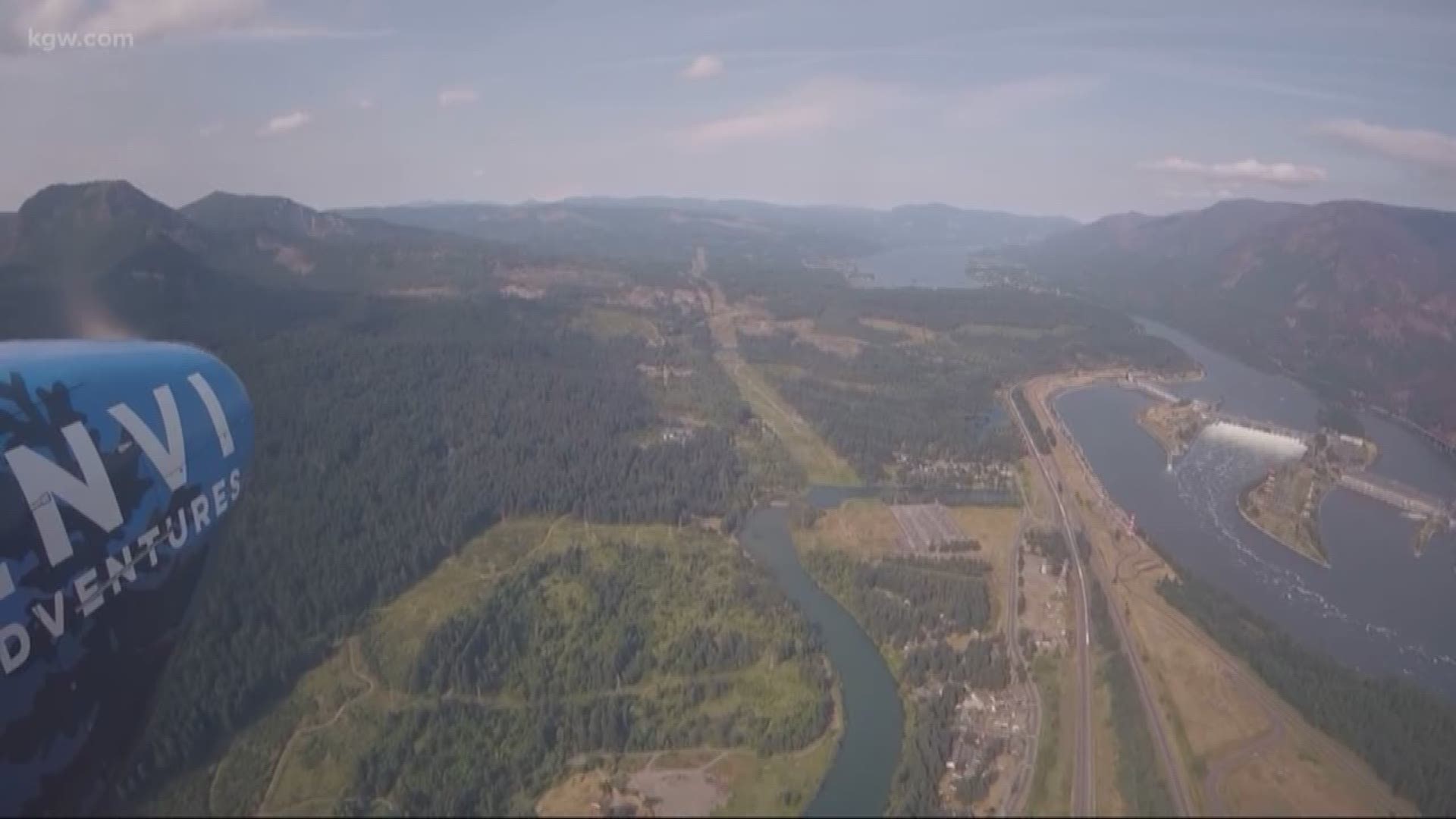 PORTLAND, Ore. -- The Eagle Creek Fire left massive scars in the beautiful Columbia River Gorge, while closing trails and viewpoints. But now it seems more people want to see the damage for themselves.

Tuesday was a big day for the Henry family. Little Emmy, who is almost six months old, got to board a plane with her family to see the gorge from the air for the first time.

The Henrys showed up for a flight with Envi Adventures to, in part, glimpse the damage of the Eagle Creek Fire.

“Last year we were actually on St. Helens hiking when the Eagle Creek Fire started. So we could see it from the other side,” said Rachael Henry.

Since then, trails have been closed and the Henry family hasn't been able to hike as much as they'd like. So they took to the skies.

“Today we're going down through the Columbia Gorge. It's the wonderful waterfalls tour,” said the pilot.

“It's going to be kind of fun to get up in the air and see it from above,” said Henry.

“It's been a bucket list item. I've always wanted to fly and we do a lot of hiking out in the gorge. It’s just giving us a different perspective on it,” said Eric, Henry’s husband.

Corey Rust, the owner of Envi Adventures, said he started the company last year. Things were going great, until the fire started. Envi Adventures had to stop flying.

“It was just very difficult. It was a difficult three months for any business in the gorge of course,” said Rust.

But now the fire's out, the weather has cleared, and people like the Henrys are interested in seeing the gorge post-fire.

A little more than 30 minutes after taking off, the Henrys made it back on the ground.

“It was incredible,” said Eric Henry.

With them, also came some adorable new memories and a better appreciation of the gorge's beauty, despite its scars.

“It doesn't look as bad as you would expect it to. It's very patchy and in the deeper ravines you can see it more. But there's still a lot of green. So there’s a lot of life out there,” said Rachael Henry.

Rust said business has grown month over month when compared to last year, as more people want an up-close look.