Black-owned businesses in Portland getting support during difficult times

Community members are rallying behind them showing their support with both their wallets and their words. 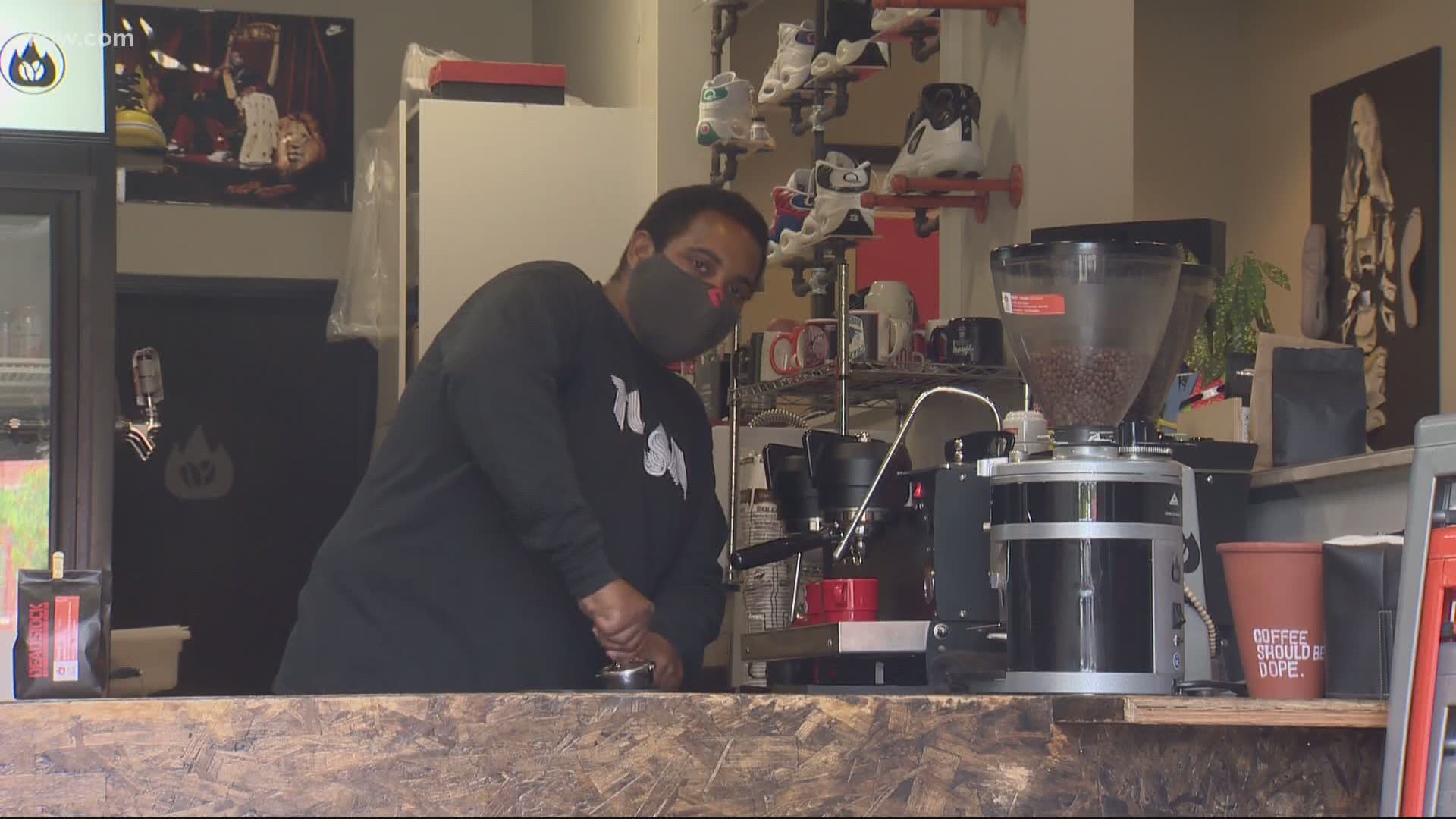 PORTLAND, Ore. — On a typical day, the conversation at Deadstock Coffee in Old Town Portland would be a little bit about coffee and lot about sneakers.

But these days, Williams is engaging in another conversation with his customers. A conversation about racial injustice.

"We're really seeing that it has grown outside of America... the world is starting to fight for the rights of black people, all people," he said.

The former Nike janitor built his business from his sneakers up. He started it five years ago, moving from a cart to his current shop on Northwest Couch Street.

Which is why, when his business was hit by vandals during a protest last weekend, he was understandably frustrated. He was frustrated, but not angry.

"It sucks about some of the side problems that we've been having, like some of the looting and what-not," he said. "But really it's been great to see everybody come together."

And boy have they come. These days, customers line up outside Williams' shop to get coffee, talk sneakers and show their support.

"It's been interesting," he said. "Fortunately, we have great customers who want to have these conversations... the customers want things to change."

Across the river, the discussion continued inside Cason's Fine Meats where owner Theotis Cason has been doing his part to bring about change.

Cason grew up in Northeast Portland. He remembers what he calls a different time.

"In my day, the police... they did things a different way. They got to know us. We got to know them," he said.

Like Williams, Cason's business was also vandalized during recent protests. His customers have been throwing their support behind him, too.

It's a conversation about respect these business owners know they'll be having for awhile. Whether it be over a counter, a cup or coffee, or maybe even the latest, greatest kicks.