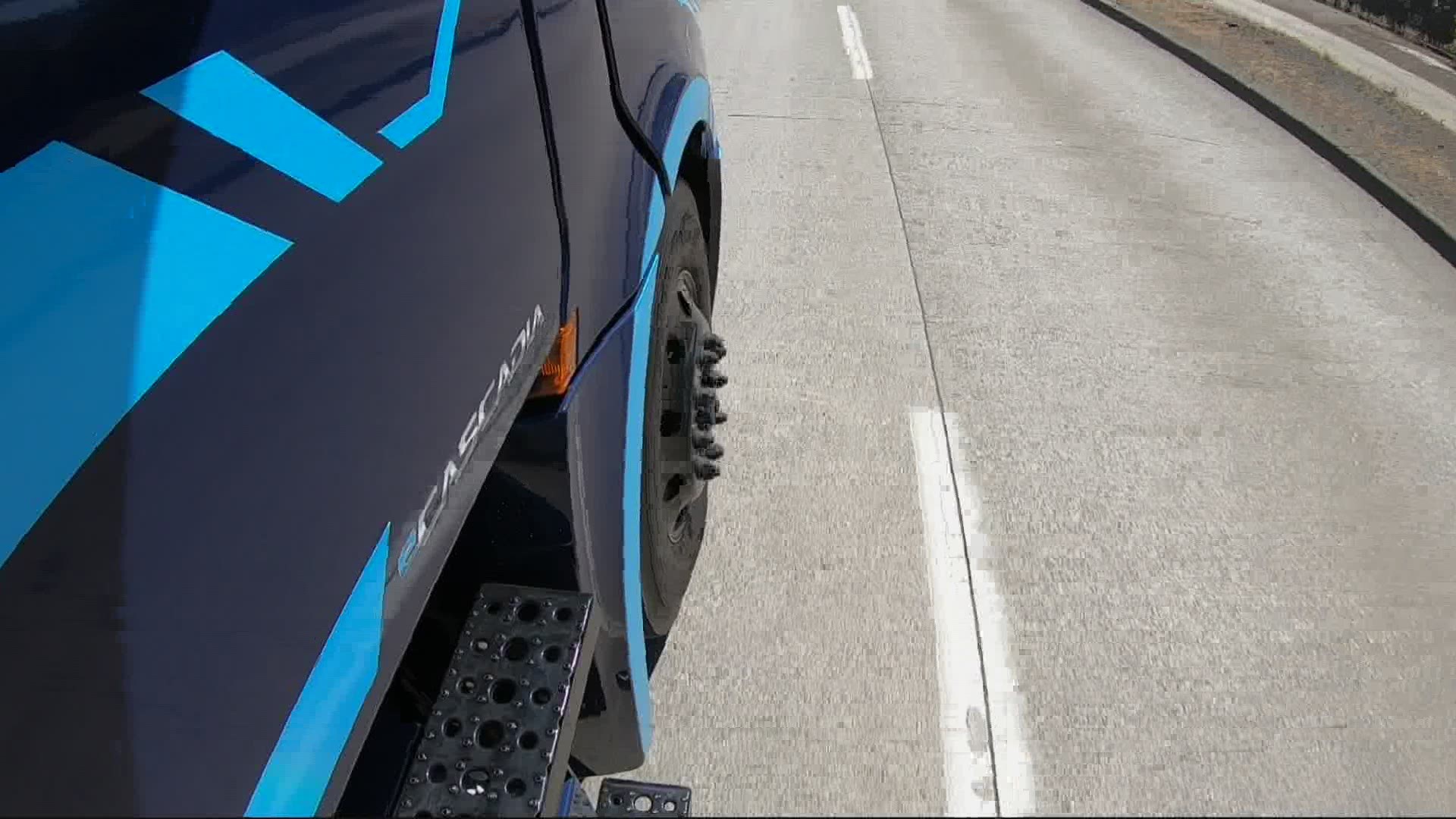 The future of heavy duty trucks is looking quieter and a much more earth friendly.

Daimler Trucks North America (DTNA) already has a test fleet of electric heavy duty trucks out on the roads and will start manufacturing the real thing late next year.

"Electrification has been talked about for a number of years but now it's really starting to accelerate," said John O'Leary, president and CEO of DTNA.

In fact, the company says within the next two decades those diesel powered semi-trucks you see rumbling down the highways will be no more.

"We would guess that by 2039 we're not making diesel trucks any more and it could actually happen faster than that," said O'Leary. "The change is afoot and it seems to be accelerating even faster than we thought it would."

"We know transportation is the largest source of carbon emissions in our economy, so through collaboration we can really make a difference," said PGE president Maria Pope.

The new station is located on Swan Island right across from Daimler's headquarters and less than a mile from I-5.

Its eight charging stations can charge electric vehicles of all shapes and sizes, from cars, to buses, box vans and, of course, semi-trucks. It will also allow the companies to further study chargers and their performance.

That knowledge that will be put to good use as more drivers go electric and more EV models become available.

Before we know it, all vehicles will be merging into the EV fast lane, even the biggest ones.

"It is the future," said O'Leary. "Absolutely."