Among other things, the $4 million lawsuit accuses Linfield University in McMinnville of "unlawful whistleblower retaliation." 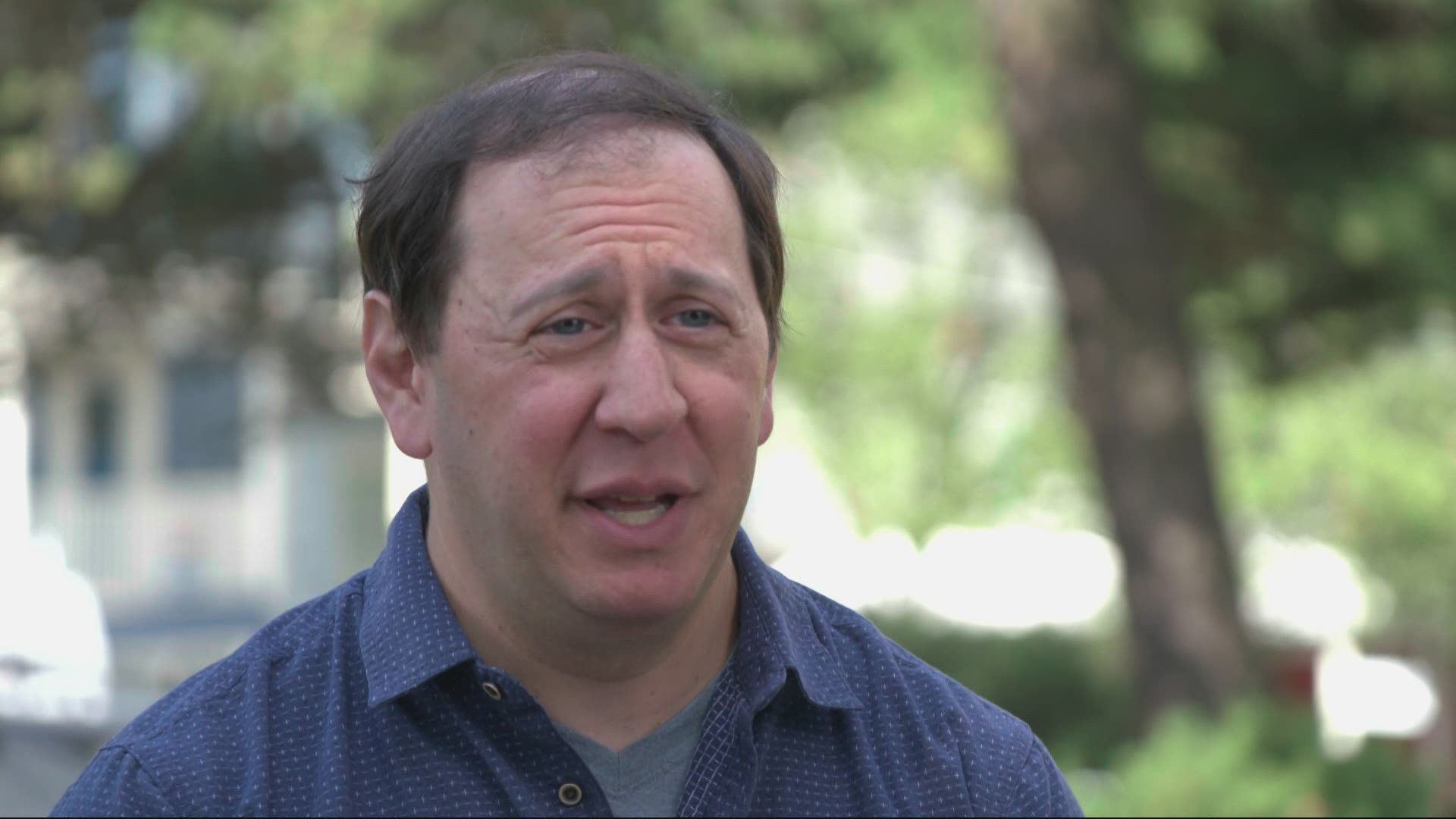 A once-tenured professor is suing his former university after he claims he was fired for raising concerns about sexual misconduct on campus. The $4 million lawsuit accuses Linfield University of, among other things, "unlawful whistleblower retaliation."

“I’m still kind of in shock from it. This is not ever a position I thought I was going to be in or wanted to be in,” Daniel Pollack-Pelzner said of his being fired. “I honestly haven’t slept much in the last few months.”

Pollack-Pelzner sat down with KGW Tuesday, one day after he filed his lawsuit against Linfield. In it, he alleges the small, private McMinnville school fired him after he refused to stop pushing administrators to investigate multiple allegations of sexual harassment and assault and implement new, stronger policies to better handle future complaints.

The allegations, first reported by The Oregonian, were brought forward over the course of years by a series of faculty and students. Most accused trustees and top administrators of touching them or making inappropriate comments to them at alcohol-fueled university events. Some of those accusations are laid out in a federal lawsuit. Others have sparked criminal charges.

Pollack-Pelzner said Tuesday he first got wind of these accusations in the fall of 2019. He’d just been named a faculty trustee when a colleague came to him with a story about something she said happened at a dinner for trustees and faculty. She noted people at the dinner were drinking.

“Another trustee, who was supposed to be voting on her tenure at the next meeting, had his hand on her thigh, asking if she was married and whether she would come off campus with him after the drinking stopped,” Pollack-Pelzner recounted. “I was aghast.”

KGW interviewed that colleague, Dr. Jamie Friedman, back in May. Her story mirrored Pollack-Pelzner's. Dr. Friedman also told another story about Linfield's president Miles K. Davis. She said in 2018, he approached her at another faculty event, rubbed her arms and whispered in her ear, saying he was looking forward to seeing her again.

After commissioning an independent investigation, the university would later confirm both the instances Dr. Friedman described happened but add they didn't violate any Linfield policy.

Pollack-Pelzner soon learned of other reports from faculty and students who said Linfield trustees had harassed or assaulted them. He said he began pushing the university to implement training and announce new policies on sexual misconduct. Administrators, he said, refused.

In the process Pollack-Pelzner, who is Jewish, alleges multiple administrators made anti-Semitic comments.

“It was the same time that there had been hate speech on campus and the presence of swastikas on campus, and [President Davis] said he didn't understand why people like me were upset by the presence of those images on campus,” Pollack-Pelzner said.

Linfield has categorically denied that part of this story, adding the university commissioned an outside investigation on Pollack-Pelzner’s comments.

This past April, administrators fired Pollack-Pelzner. The months that followed were a watershed moment.

As The Oregonian first reported, a series of students and faculty came forward, accusing multiple Linfield trustees of sexual harassment and assault. The stories of four students are at the center of an eight count criminal indictment against now-former trustee David jubb. One student has also filed a federal lawsuit against Jubb and Linfield. In it, she alleges the university knew he had a history of abusing students and did nothing to stop him.

The whole ordeal landed Linfield in the New York Times. Pollack-Pelzner's firing was the headline.

Linfield has said the firing had nothing to do with the misconduct allegations, adding he was fired for cause. They won't say what that cause was.

“This is a classic case of shoot the messenger,” attorney Dana Sullivan was quoted saying in a news release about the lawsuit. “Daniel championed the concerns of students and faculty by repeatedly asking leadership for policy changes and trainings to keep Linfield safe. He also urged the most powerful people on campus to take accountability for their own conduct. He was demonized for taking a stand and speaking up. But he won’t be silenced. Linfield has a truth-to-power problem, and it has to change.”

“My goal is to keep Linfield from ever doing this again, just to make it really clear that when people bring forth concerns about harassment and safety, you can't fire them for doing that,” Pollack-Pelzner said. “We're not giving up.”

Tuesday, multiple current and former Linfield students reached out to KGW to offer their support for Pollack-Pelzner. Many of them call him “DPP”.

“The firing of DPP is an unconscionable act that platforms abusers while leaving its most vulnerable population, its students, unprotected and unsafe,” wrote 2014 graduate Kyra Rickards. “DPP's dismissal for whistleblowing on a truly disturbing culture of coverups and denial is a betrayal of what made Linfield great — incredible professors who care deeply about their students.”

“We are all hurting. It’s the institution that has failed so miserably,” said graduate student Kiana Anderson. “I’ve been fighting for transparency and accountability my entire time at Linfield, and the firing of Daniel really made it clear to me who really cares and who doesn’t.”

In May, Linfield administrators stressed the university’s policies on sexual misconduct are in line with federal Title IX standards. They've also said they're investigating those policies.

KGW reached out to Linfield administrators for an interview this week in light of Pollack-Pelzner’s suit. They declined, but chief marketing officer Scott Bernard Nelson sent a statement:

Linfield's priority is, and will remain, the education, safety and wellbeing of its students.

It is disappointing but comes as no surprise that former professor Daniel Pollack-Pelzner has filed this lawsuit. We believe his claims are without merit and we will not let them be a distraction from the important work underway at the university.