Forward progress of a wildfire north of Bend was stopped Saturday night. Evacuation orders have been lifted. 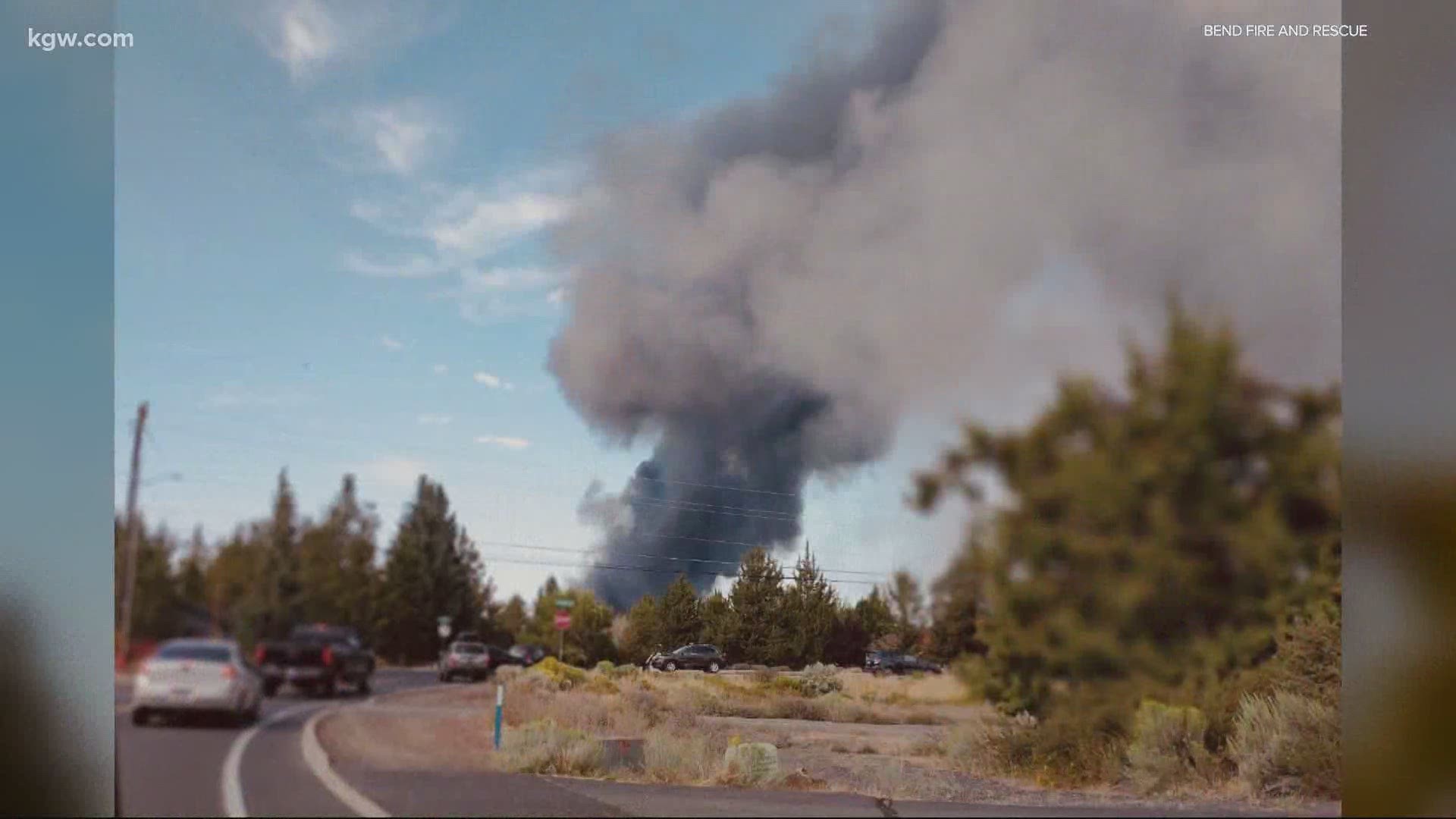 BEND, Ore. — A fire north of Bend Saturday night led to several residences being evacuated, but its forward progress had been stopped within hours by firefighting efforts. As of 9:20 p.m. Saturday night, evacuation orders had been lifted.

On Sunday, fire officials said the fire was caused by a motor home's "hot engine/exhaust in contact with grass and brush."

The Juniper Ridge Fire was reported at 4:30 p.m. Within 90 minutes, the Deschutes County Sheriff's Office announced residents north of Cooley Road and east of Highway 97 were at Level 3 (GO) and needed to evacuate. Here is an explanation of what each evacuation level means.

A temporary evacuation point was set up at St. Francis Assisi Church on NE 27th Street, a few miles south of the fire, to get Red Cross assistance.

Deputies in Deschutes County had to help assist with evacuating horses from a ranch near the fire.

Oregon is still currently in wildfire season. With climbing temperatures, this is not the only fire burning in Oregon.

The Mosier Creek fire is still burning in the Columbia River Gorge and is only 30% contained. It has burned several hundred acres and threatens hundreds of buildings. Homeowners have had to evacuate due to that fire as well.