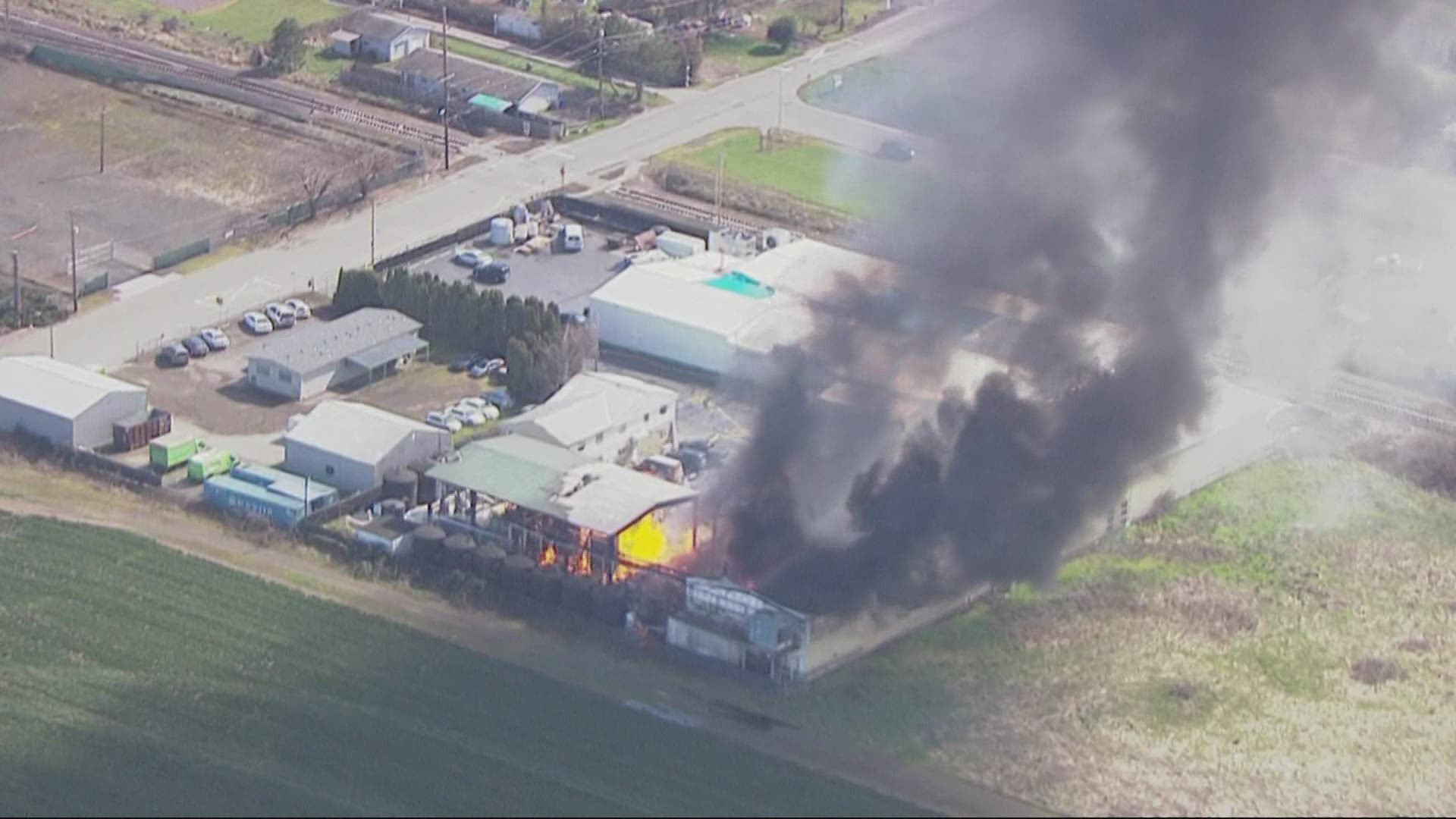 Officials said employees at Thunderbolt Racing Fuel were moving super unleaded gasoline from one metal drum to another metal drum. During the process, an employee said they felt intense heat and discovered fire coming from one of the drums.

The employee tried to put out the flames with an extinguisher but the fire had grown too large.

"Several explosions," said Michael Mitchum who evacuated from his home. "Enough to shake our house."

People who were evacuated after the fire broke out were allowed to return home during the evening hours. Most roads near the fire have been reopened. Officials say the fire is under control and was monitored overnight.

A foam rescue truck from Portland International Airport was used to spray a special agent called Purple K to extinguish the fire.

First video from inside the N 4th Ave incident. Purple material on the ground is the extinguishing agent used to put out the fire by PDX Airport Fire Crews. pic.twitter.com/5bioa3whYP

No one was injured, according to Forest Grove Fire & Rescue. Three structures and several vehicles and delivery trucks were destroyed.

About 80 homes and several nearby businesses were evacuated for several hours.

"It's something we don't see often and having chemical fires like this is very dangerous," said Matt Johnston of Forest Grove Fire. "There are explosion hazards, tanks exploding and flying other places."

People were allowed to return home around 7:30 p.m.

*Update* Residents that were evacuated can go home. N Adair St is open. N 4th Ave is closed from the railroad tracks to Holladay St. pic.twitter.com/vWiF01qtPY

Cornelius is located about 24 miles west of Portland in Washington County.