The building, located at Southeast 9th Avenue and Alder Street, dates back to 1906 and has been abandoned for years, according to Portland Fire. 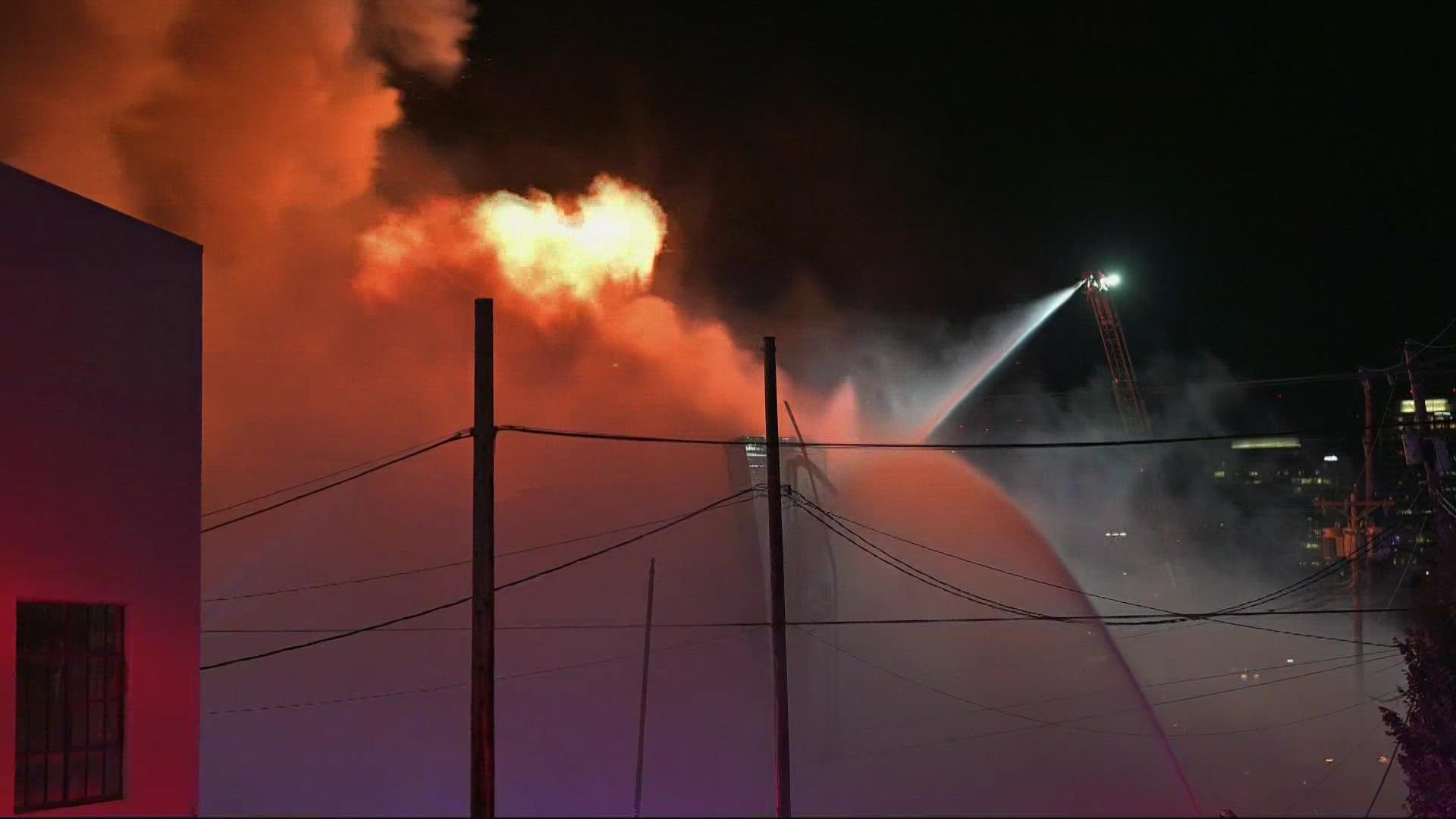 PORTLAND, Ore. — A fire destroyed a large abandoned warehouse in Southeast Portland early Friday morning. The wooden structure dates back to 1906 and has been vacant for years. Portland Fire and Rescue said there have been other fires that occurred inside this building in the past few years, as recently as July.

Most of the building, located at Southeast 9th Avenue and Alder Street, collapsed during the fire, which started around 12:30 a.m. Friday. Crews were able to contain the fire to the warehouse and stop it from spreading to two adjoining buildings, Portland Fire said.

According to KGW photographer Eric Patterson, who was reporting from the scene, the large basement of the building took in a lot of burning debris during the collapse, including a stop sign and part of the sidewalk. Portland Fire said there were no reports that anyone was inside the building and no injuries have been reported.

Portland Fire Chief Sara Boone said the building presented a significant safety challenge for firefighters. For the most hazardous buildings in the city, Portland Fire marks the buildings with a "U" marker to indicate that the building is unsafe. That, plus the conditions of the fire, made it particularly hazardous.

"Crews made a valiant effort to search the basement of the fire building for potential victims in zero visibility using an anchor point and search rope. Fire conditions quickly changed as they were conducting search operations and they had to withdraw from the building," Boone said. "Other hazards that fire fighters faced were building collapses, the sidewalk collapsing over the basement, as well and energized power lines coming down. Every person on scene did an incredible job and I am so grateful that no one was hurt and thankful for the effort everyone displayed on this scene."

Portland Fire said crews will be on scene most of the day to put out the fire. More than 80 crews were dispatched to the fire. Investigators are also on scene working to determine how the fire started.

Portland Fire fighting a large abandoned warehouse fire in SE Portland. More than 80 crews were dispatched. The wooden structure, dating back to 1906, is expected to burn throughout the morning. Several blocks around SE 9th and Alder are closed. @KGWNews @PDXFire #PortlandFire pic.twitter.com/wcPQZyRVSN

Portland Fire reporting they will be at the scene all day. The large basement took in a lot of burning debris during the collapse, including a stop sign and part of the sidewalk. 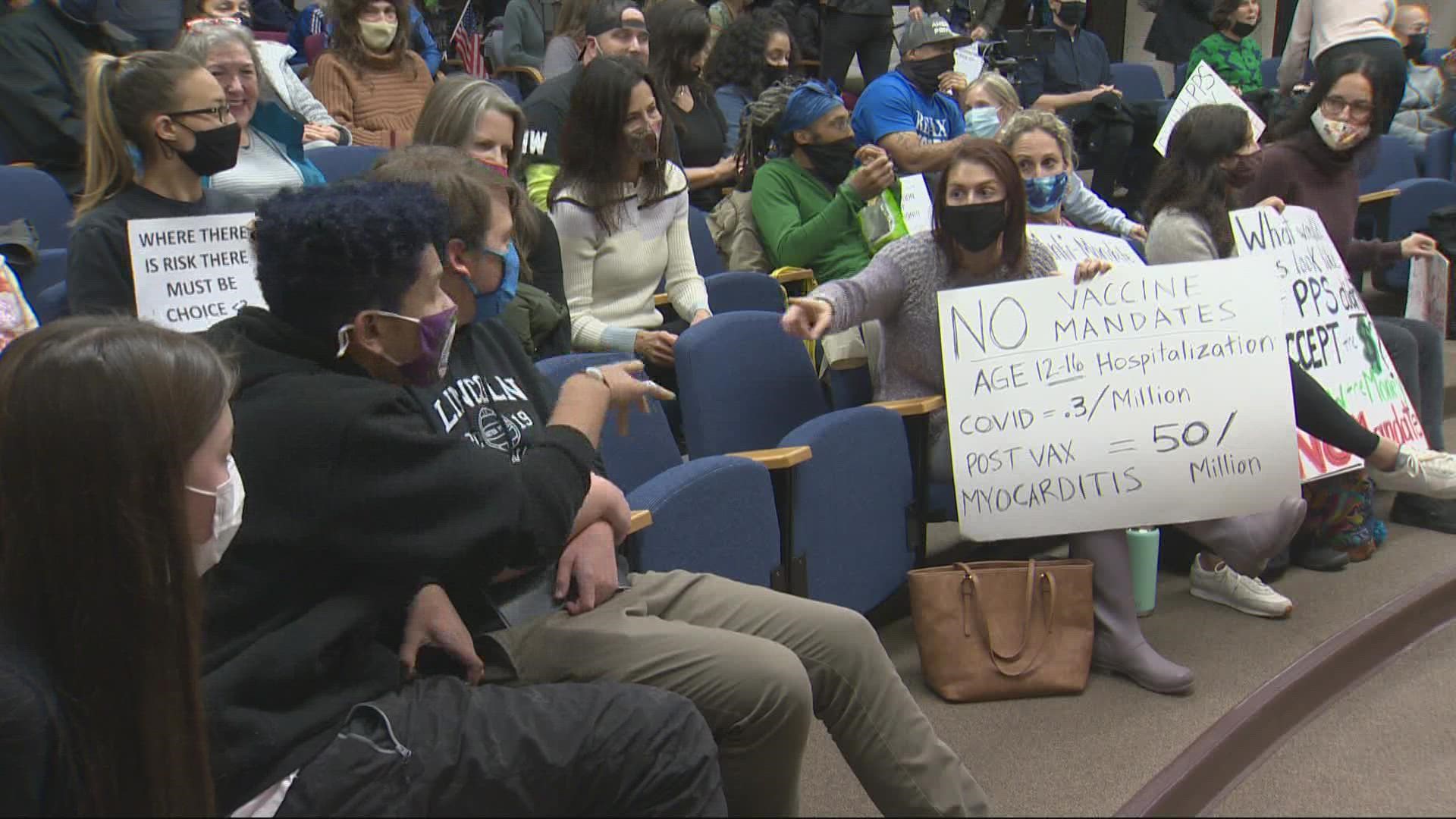