TROUTDALE, Ore. — An early morning fire destroyed Shirley's Tippy Canoe restaurant outside Troutdale, a popular destination for travelers from throughout the region.

Flames broke out shortly after 5 a.m. The Corbett Fire Department chief told KGW the building is a total loss.

Multnomah County sheriff's deputies patrolling the area reported smoke from a second story window and notified fire agencies. When firefighters arrived the flames were shooting from the building.

"When we arrived we had flames through the second story and beginning to come through the roof, there was fire down in the ground floor also," said chief Dave Flood.

Highway 30 has been closed since the emergency crews arrived.

A wildfire nearly took out the business in 2018. The Eagle Creek fire kept customers away to the point that a GoFundMe account was created to help owner Shirley Welton.

She resurrected the business 12 years earlier from a rough-around-the-edges establishment into a popular family restaurant. Neighbor Carol Rowley remembers when Welton took over the Tippy.

"It was like a bikers bar when we first moved her and I don’t think I wanna go in there but when Shirley fixed it up it was a realy nice restaurant I mean it was just awesome," said Rowley.

Shirley's Tippy Canoe even earned a visit from Food Network personality Guy Fieri. The restaurant was featured on his Diners, Drive-Ins & Dives show.

Fire crews planned to bring an excavator in to tear up a metal roof and ceiling, because fire was trapped underneath.  After that investigators would be able to begin figuring out how the fire started. 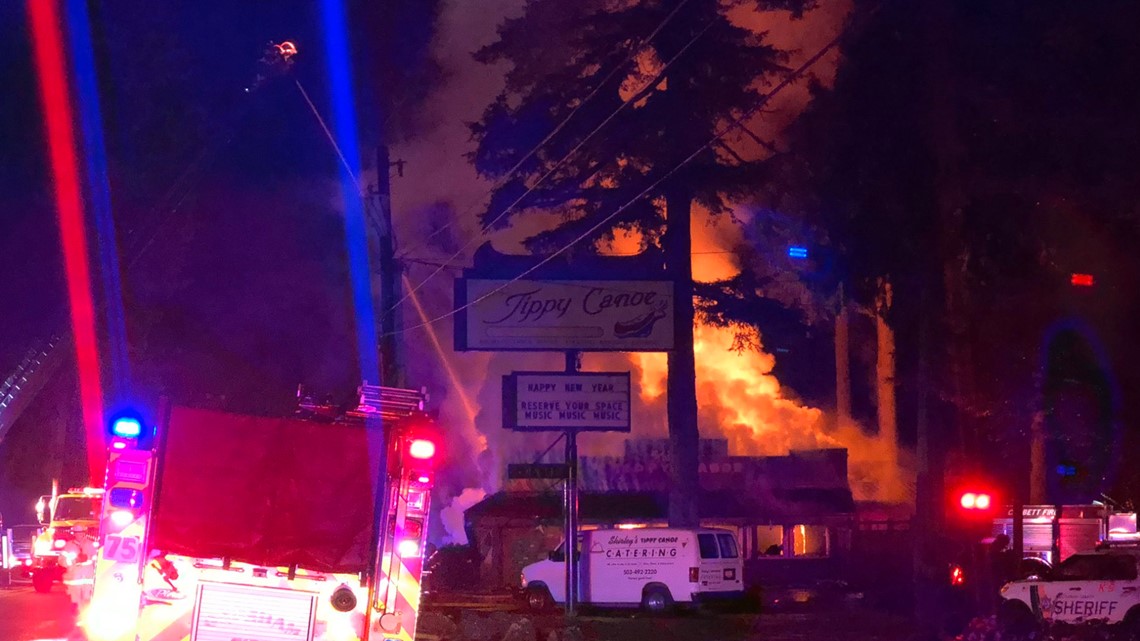