"This place was part of my rock and now it's gone." said Casandra Wagner, who has lived at Oxford House Linfield with her three children for the last six months. 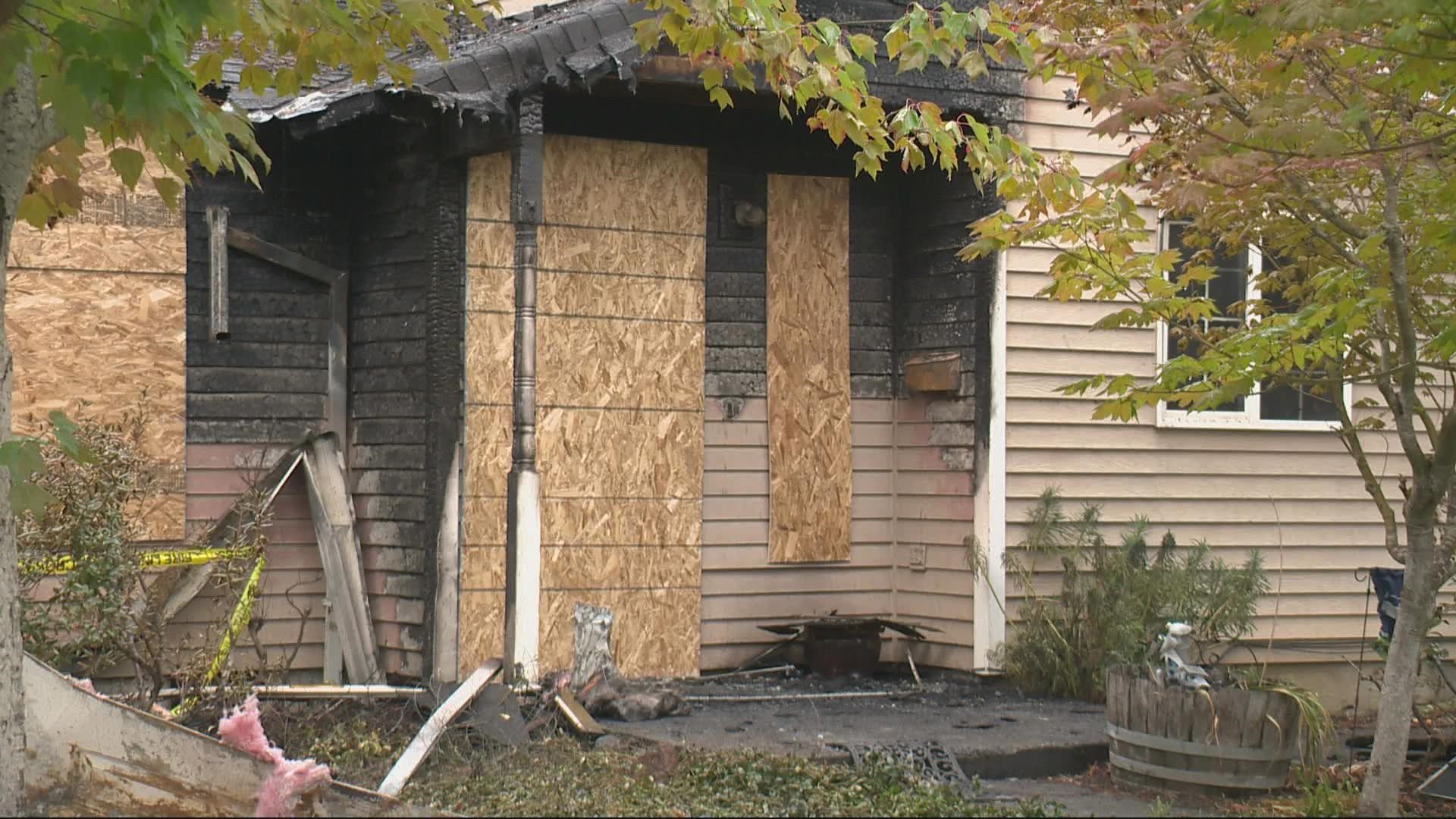 The McMinnville Fire Department said it started just after 5 p.m. at Oxford House Linfield at the corner of Southeast Villard and Vine Street. One person was inside at the time, but was able to get out safely. The cause is under investigation.

The home was one of 206 Oxford House sober living homes in Oregon. The women who lived there have been recovering from addiction.

"This place was part of my rock and now it's gone," said Casandra Wagner, who has been living there with her three children for the last six months.

Wagner said she was at her mom's house when she heard about the fire. She saw the damage for the first time Wednesday afternoon.

"I have been going through waves of shock. Last night I was emotionless and this morning I just wanted to cry and now seeing it, it's just heartbreaking. Everybody that lived here, we were all a family and like now what's gonna happen to all of us."

Oxford House is an international community of sober living recovery homes. The homes are family oriented for both men and women putting in an effort toward recovery.

Wagner said Oxford House has given her a safe, stable place to live off the streets with her kids.

"Without this house, we don't really know what we're gonna do. It has given us everything," she said.

The experience has been traumatic for those who lived there.

"This is a rebuilding and transition period for them," said Madisen Kuball, an outreach worker for Oxford House in Oregon. "So while they had been rebuilding their lives, rebuilding everything from the ground up, they're now having to start back over after having to lose everything again."

The home has been located near Linfield University for the last 15 years. It's the only Oxford House that houses women and children in Yamhill County. The next closest recovery houses for women are in Salem and Hillsboro.

Kuball said they are working to find another house and want to keep the 12 displaced in McMinnville.

"As far as finding a new house, we do want to keep it in McMinnville because these women have rebuilt their lives really from the ground up. They have established roots here and their children go to school here, they have jobs here. They are rebuilding their lives in McMinnville, so we want to be able to keep them here so that they can continue to rebuild their recovery."

Red Cross is helping house the women and children in hotels in the McMinnville area. Kuball said the hope is to find another home in the next week or two.

"Not only has the community in this town really encircled them, but Oxford Houses from the entire state and across the nation have been — there's just been a huge outpouring of support and love," Kuball said.