Investigators believe the fire started in a wall behind the fireplace. No one was hurt but a dog is missing. 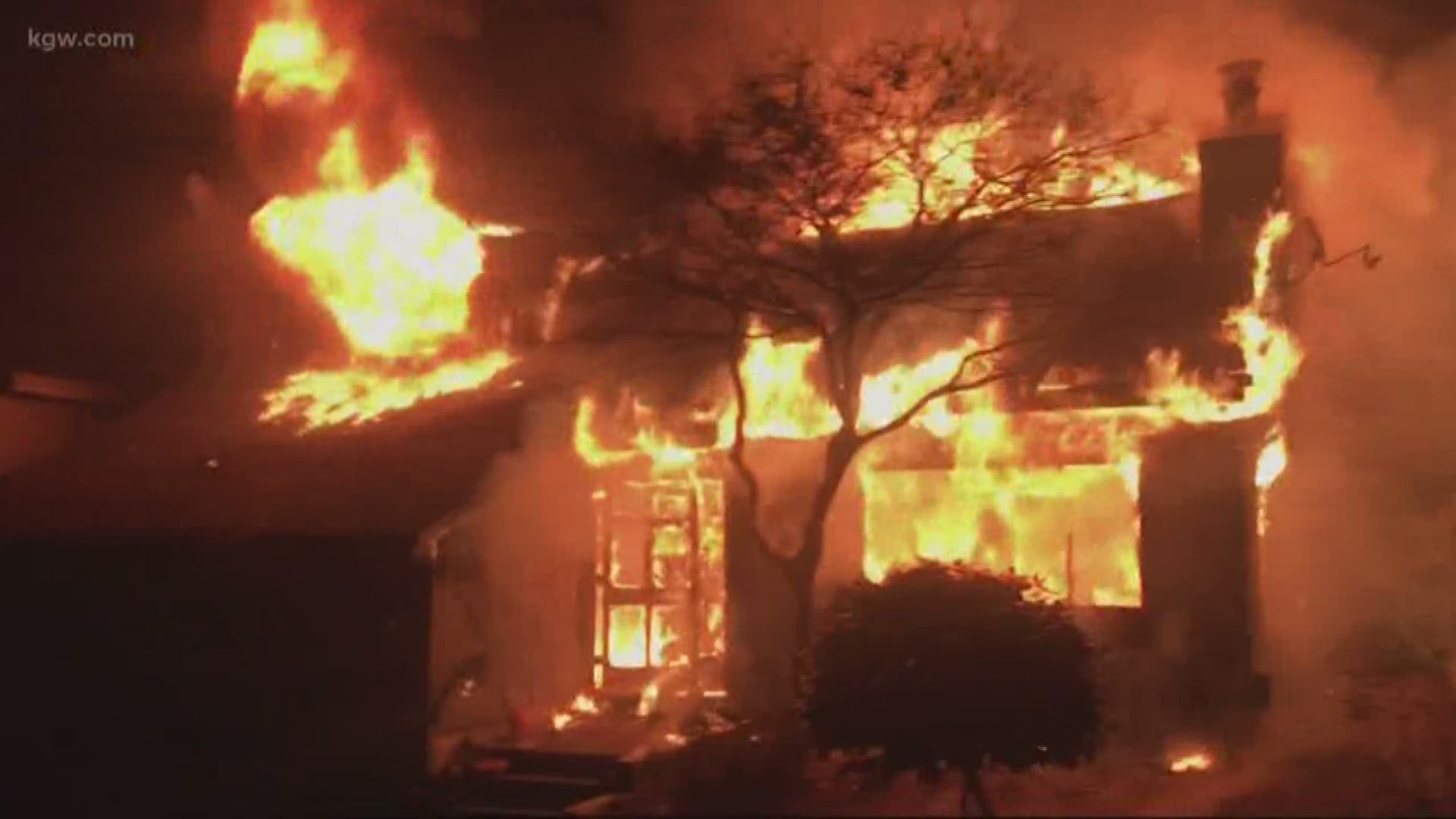 LAKE OSWEGO, Ore. — One Lake Oswego home was destroyed and another was damaged in a fire Monday night.

No one was hurt but a dog is missing, firefighters said.

Firefighters from Lake Oswego and Portland responded to the burning home on Southwest Oriole Lane between Peacock Place and Pheasant Run. The fire spread to the house next door. The extent of the damage to the neighboring home is unclear.

Lake Oswego Fire Marshal Gert Zoutendijk said the fire started in the chimney chase, which is the wall space around the fire place and chimney. It flared up a day after the last fire in the fireplace was built and burned out.

“I think what happened is the heat from the fireplace made the wood behind it brittle,” said Zoutendijk. “It just has to have a little draft and then it flares up."

Zoutendijk said many fireplaces are designed for smaller fires. He said building larger ones with more than a two or three logs can create excessive heat and hazard.

“The takeaways are keep your fires smaller, use good, dry wood so it doesn't create creosote and if you do have a lot of creosote make sure you do clean your chimney periodically,” he said.

This time of year there are lot of potential fire hazards around the home. Lake Oswego fire is offering this information to keep your home and family safe.

MORE: Here's how to do your homework before Giving Tuesday