Southwest Oregon wildfire season kicked into high gear over the weekend with the big Cutoff Fire and the 60-acre North River Road Fire. 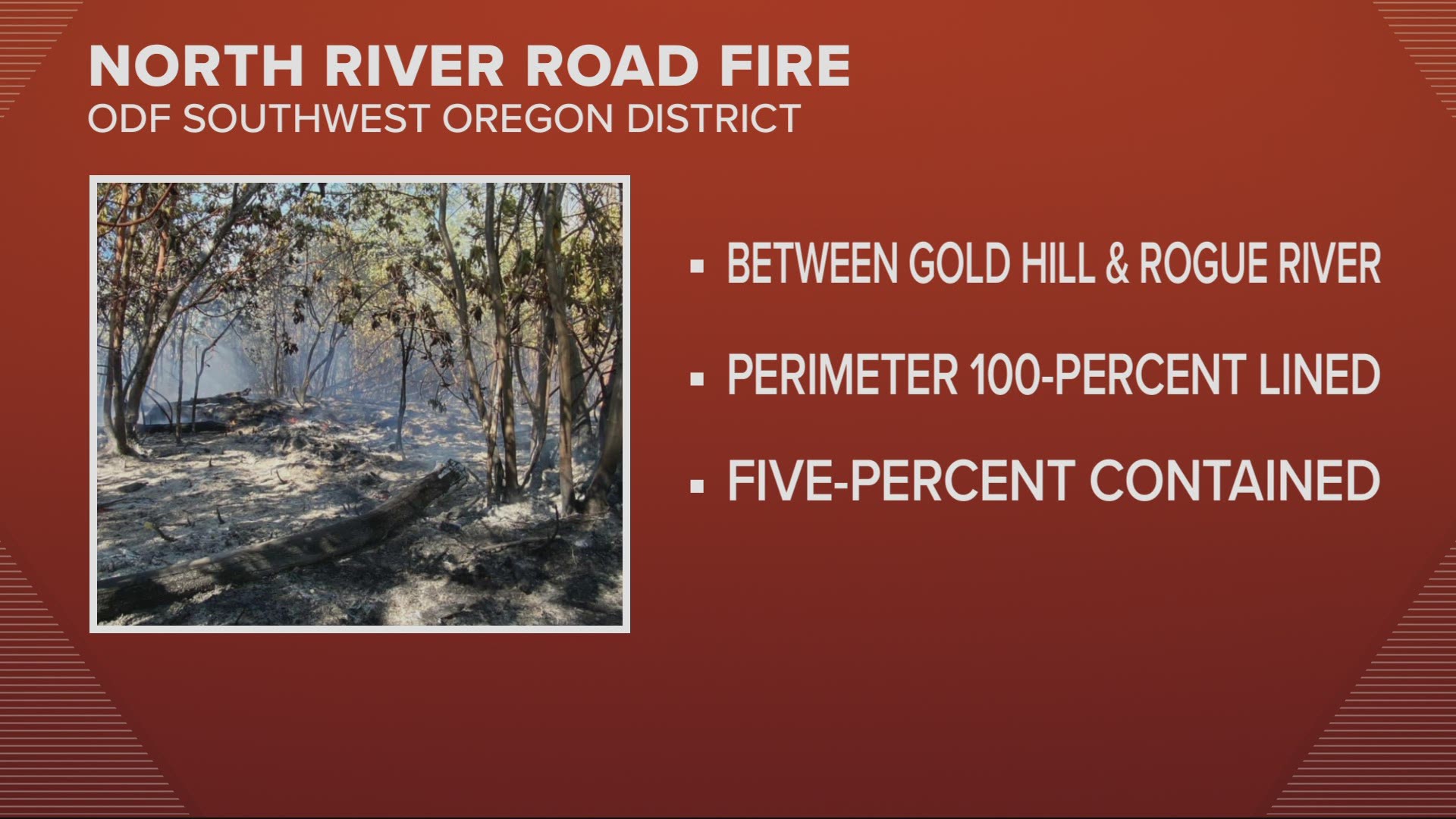 KLAMATH FALLS, Ore. — A fire is burning approximately 1,150 acres near Bly Mountain Cutoff Road in the area of Klamath Falls.

The cause of the Cutoff Fire is still under investigation, as of Sunday. Monday, firefighters reported that nearly 50% of the perimeter had been lined. The fire was 10% contained.

In a press release Sunday, officials said that Bly Mountain Cutoff Road, Jaguar Lane and Keno Springs Road are all closed except for emergency vehicles and those evacuating the area.

Sunday afternoon, there were 125 structures threatened by the fire.

There area Level 1 and 2 evacuation orders for the area:

Level 1 (Get Ready) evacuation orders are in place for residents east of Bly Mountain Cutoff Road, North to Hwy 140 and Kingfisher Drive, West of Hummingbird Drive, South to Grizzly Lane.

There was another wildfire in Southwest Oregon over the weekend. The North River Road Fire, between Gold Hill and Rogue River in Jackson County, burned 60 acres and was 50% contained by Sunday night.

Most of the fire is burning on Bureau of Land Management lands, which includes the Mountain of the Rogue biking trails which are closed to the public.

As there was no lightning in the area, the North River Road Fire is assumed to be human-caused but it is still under investigation.