Ferry service will connect North Portland to downtown in 2022

Frog Ferry will operate between Cathedral Park and RiverPlace in downtown Portland. A one-way trip would take about 25 minutes and would cost $3. 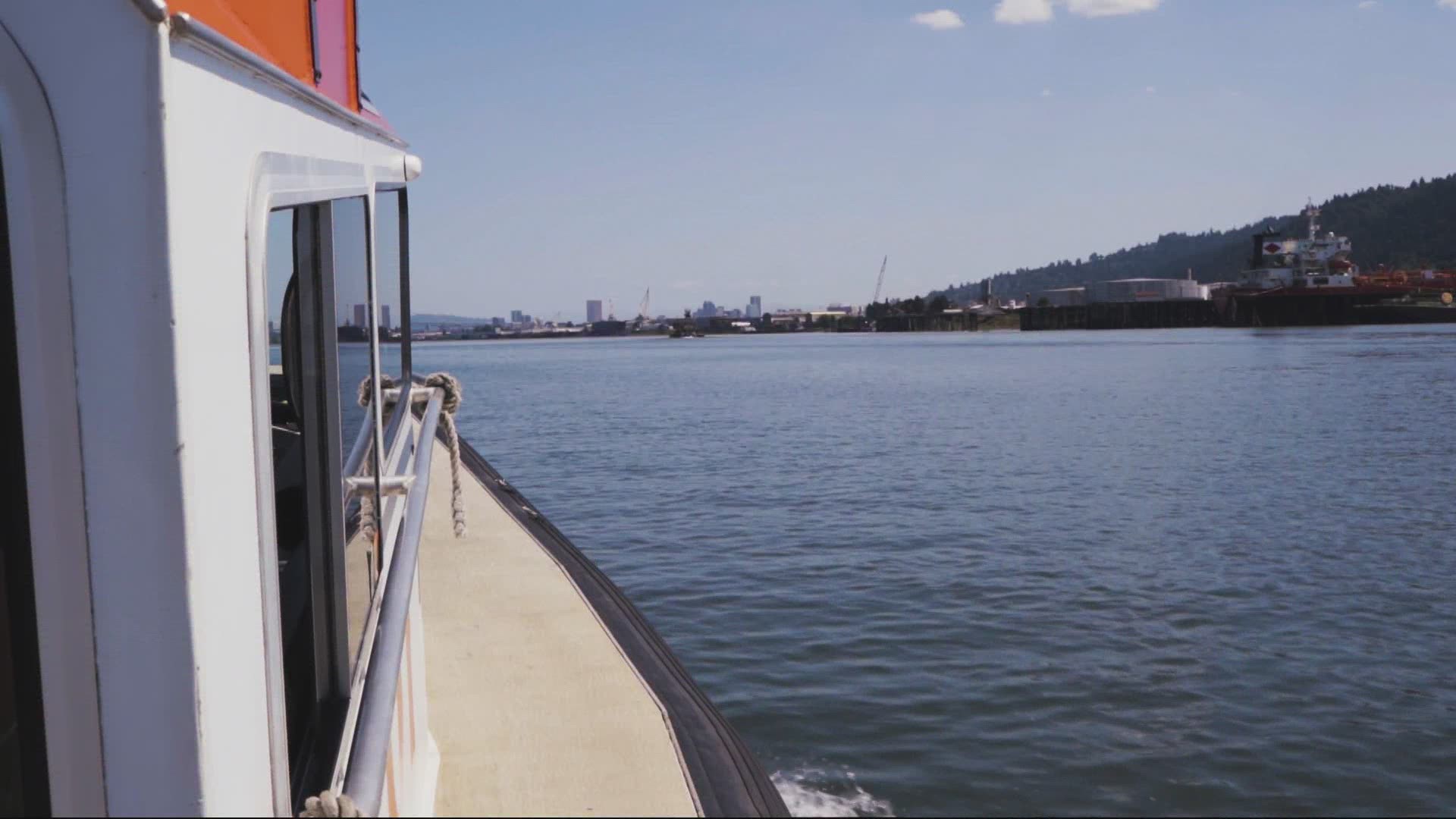 PORTLAND, Ore. — People who commute between downtown Portland and the St. Johns neighborhood will have a new scenic option: a passenger ferry.

This week, nonprofit Friends of Frog Ferry announced its passenger ferry pilot project will launch as early as next summer. It will run through summer of 2024. The 70-passenger ship will operate between Cathedral Park and RiverPlace in downtown Portland. A one-way trip would take about 25 minutes and it would cost you $3.

The ferry will follow green practices by reducing pollution and limiting impacts to the river. It will run on renewable diesel that is 80% cleaner than traditional diesel. Friends of Frog Ferry hopes to eventually run a fully electric fleet.

The pilot project will cost about $9.5 million and it will be paid for through state, federal, and private funding.

There has been a push for a passenger-only ferry in Portland for the past few years. Oregon has had more than 500 passenger-boat services in its history, but now there are only three. So, how did we get here? Here's a brief history of passenger ferries in Oregon and the recent effort to launch the Frog Ferry.

Indigenous tribes living in the Pacific Northwest used dugout canoes to transport people and goods for hundreds of years.

After white settlers moved into the area, John Switzler Jr. started operating the Switzler's Ferry in the late 1840s. It was followed by many others in the 1850s, including the Stark Street Ferry, Boone's Ferry and Scholls Ferry. These ferries eventually went out of business as more bridges were built in Portland

The city of Portland conducted a ferry service study. At the time, the city concluded that it would cost too much and require more subsidy than buses or light rails.

The Frog Ferry was proposed in 2017. The Portland Bureau of Transportation asked city council for money to study the feasibility of a ferry service. The city council rejected PBOT's request at the time.

However, in 2020, PBOT and the Oregon Department of Transportation awarded Friends of Frog Ferry with a $240,000 grant to conduct the study.

The nonprofit said is plans to add more stops to ferry routes including a stop in Vancouver.

Watch more about the Frog Ferry: