A parent sent in a Title IX complaint in March after a dress code sweep was conducted at Bartram Trail High School. 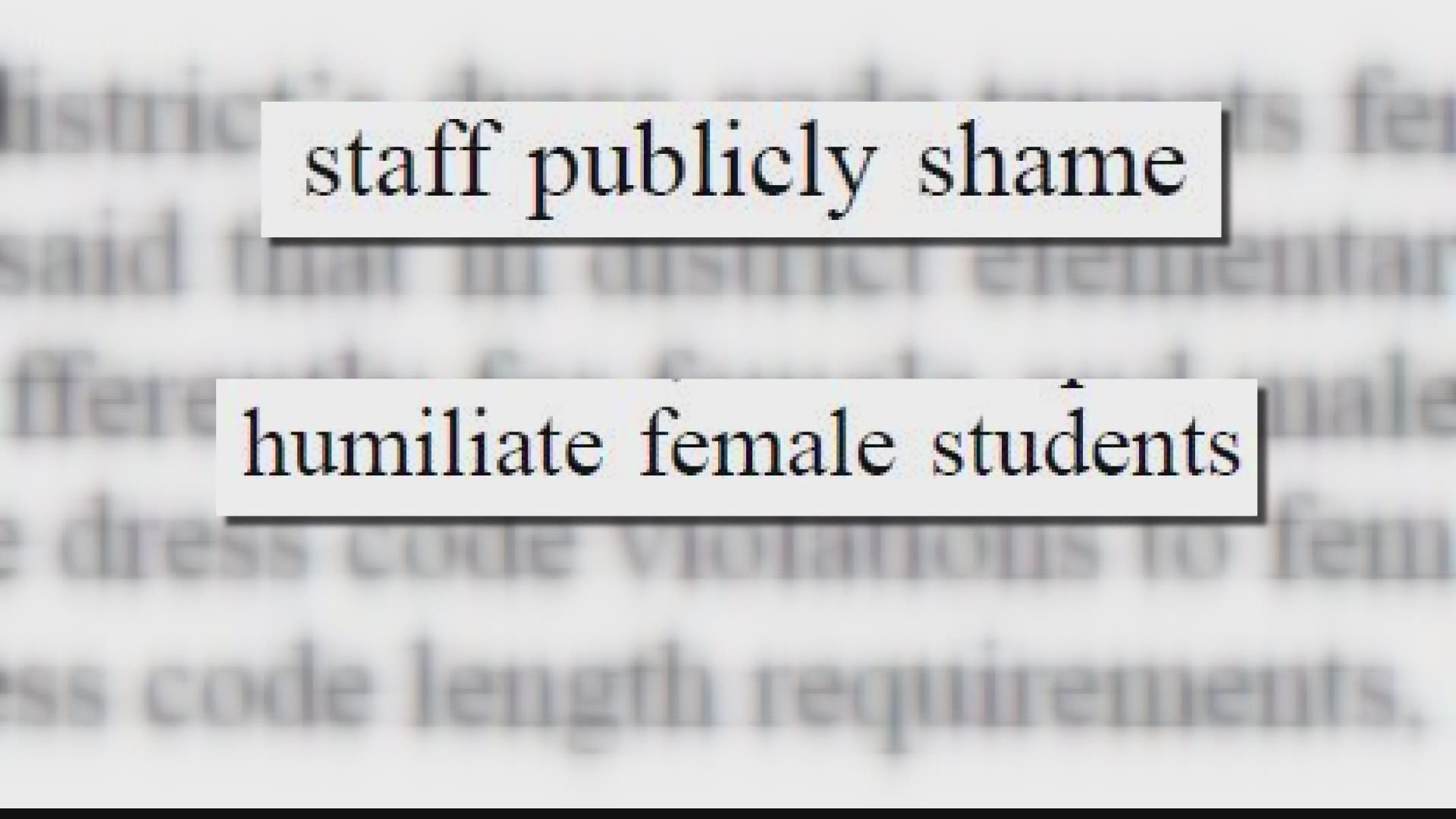 ST. JOHNS COUNTY, Fla. — (Note: The video above is from a previous related report.)

The U.S. Department of Education Office of Civil Rights is investigating the St. Johns County School District for dress code issues, according to documents received by First Coast News Tuesday.

Parent Nancy Tray filed the complaint in March. The school board and Tray were notified Monday that the OCR opened an investigation.

In a letter to the school board, OCR says the complaint is in regards to sex discrimination. Scroll down to read the full letter.

As First Coast News has previously reported, early public records data through March showed about 85% of dress code violations in the district were given to female students.

Recently, the district's dress code issues gained worldwide attention when more than 80 female students' yearbook photos were censored to cover up their chests.

The letter to the board goes on to say "the Complainant alleged that in enforcing the dress code, staff publicly shame and humiliate female students in front of their peers."

The letter gave the example from the Complainant, who said female students are lined up in hallways while staff look and see who is out of dress code.

The letter also requests data from the district on this issue in order to investigate.

First Coast News is speaking with Tray this afternoon. She has been a voice for changing the dress code for months and created the Facebook group St. Johns County School District: Change the dress code, which now has nearly 1,000 members.