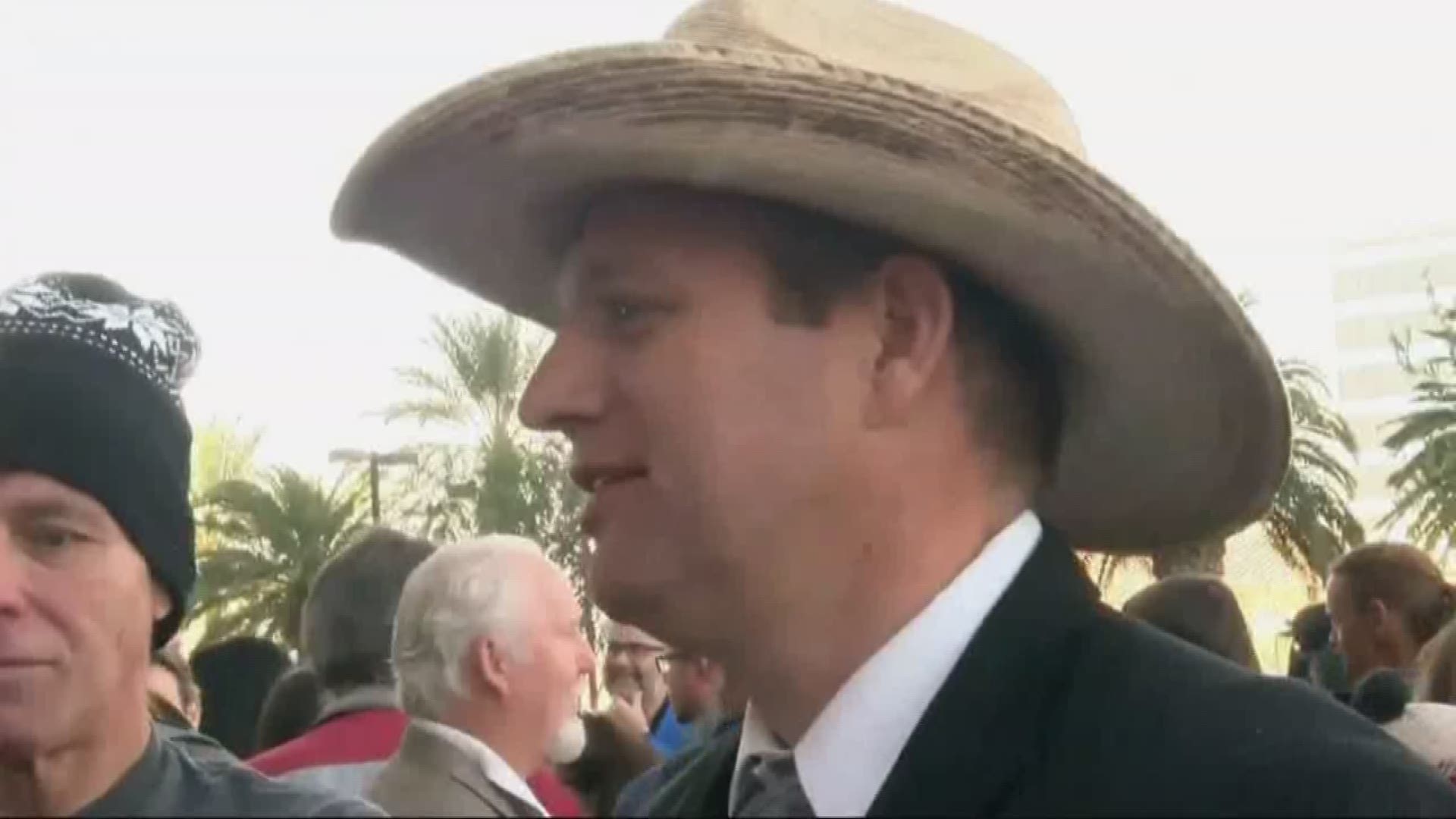 PORTLAND, Ore. — Ammon Bundy, the leader of the 2016 occupation of the Malheur National Wildlife Refuge, emerged as an unlikely critic of President Donald Trump this week.

Bundy led a 41-day occupation of the Oregon wildlife refuge in early 2016 in an effort to drum up support for Dwight and Steven Hammond. The father and son were convicted on federal arson charges after setting fire that spread on government-owned land near their ranch.

Pres. Trump pardoned the Hammonds earlier this year, saying they are "devoted family men, respected contributors to their local community and have widespread support from their neighbors, local law enforcement and farmers and ranchers across the West."

"To group them all up like our president has done, he has basically called them all criminals and said they're not coming here. It seems there has been this group stereotype," Bundy said.

Bundy added there "may be criminals" in the group but says the "conservative media reporting this is the way all of them are... that just doesn't appear to be the facts.

Bundy re-iterated he's supportive of asylum-seekers -- "fathers, mothers, children willing to go through the process to apply for asylum so they can come into this country and benefit from not being oppressed continually by criminals."

Bundy says every argument he has heard against the caravan has been based in fear; the prospect of terrorism or violence, or economic impacts, or even health issues.

"It's all fear-based and frankly, it's all selfishness, 'I'm going to lose something by them coming in.' I think that's incorrect ... to base your arguments or your motives or your actions upon fear is a very dangerous thing to do," Bundy said.