The FBI is asking members of the public to come forward if they know anything about plans for potential violent activity during inauguration week. 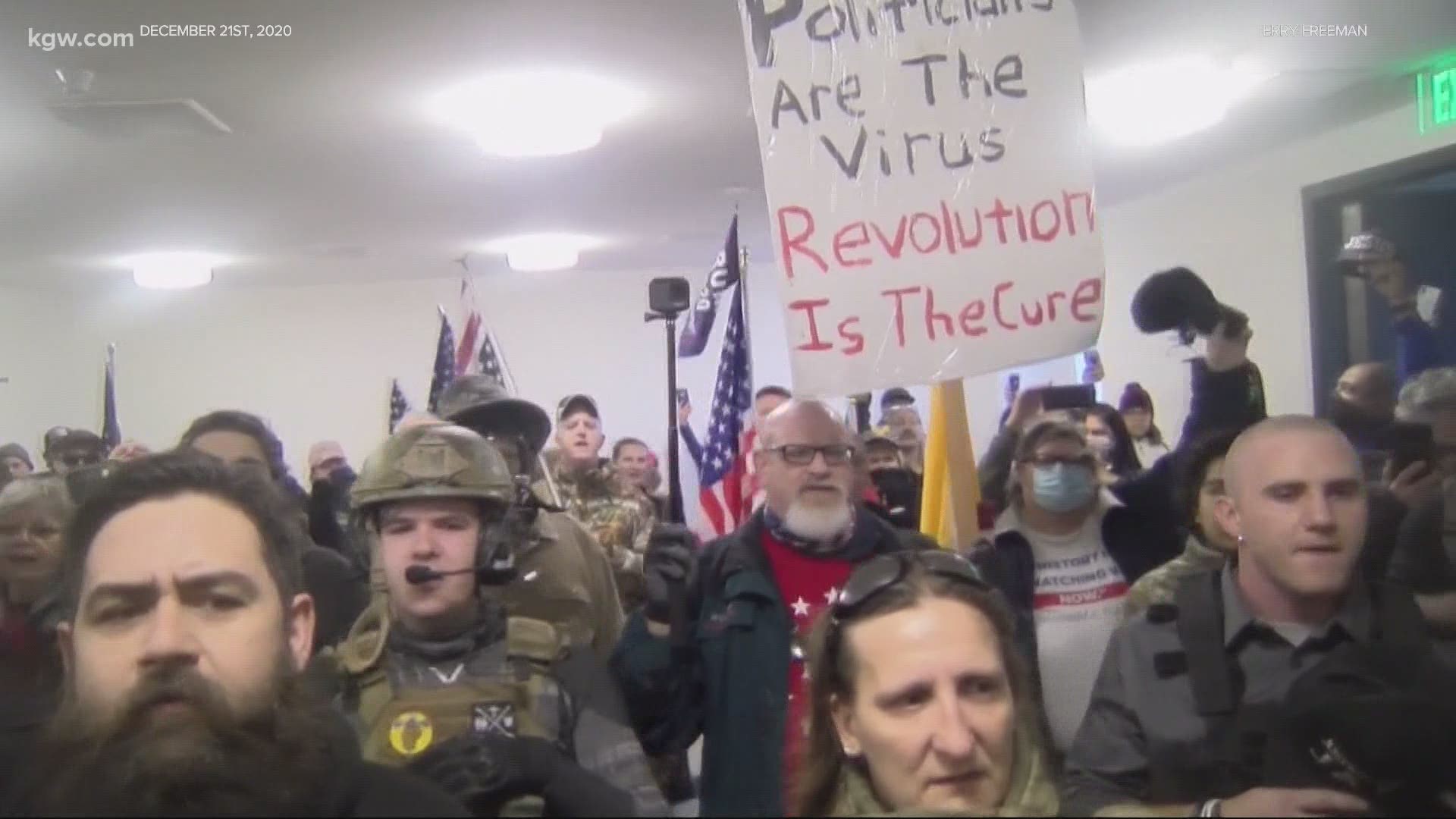 PORTLAND, Ore. — As part of its preparations to counter potential violence during the week of the presidential inauguration, the FBI is asking members of the public to come forward if they know anything about plans for violent activity.

Earlier this week, the FBI warned of planned violent gatherings at almost every state capitol in the U.S. leading up to President-elect Joe Biden’s inauguration on Jan. 20.

Portland's FBI field office is working with the Oregon State Police, the Portland Police Bureau and other local, state and federal partners. The Oregon National Guard will also be assisting law enforcement.

Police Chief Chuck Lovell said there are known specific threats to Portland. He said the police bureau has been planning for Inauguration Day and the days leading up to it local and federal agencies.

The FBI is also asking the public to help protect the state and the rights of peaceful protesters. "We cannot be successful without the help of the American people," FBI Special Agent in Charge Renn Cannon said in a statement released Thursday morning

Anyone in Oregon who is aware of potential violence at any upcoming protest or event can call Portland's FBI field office at 503-224-4181 or submit tips online at tips.fbi.gov. They can also call 1-800-225-5324 (CALL-FBI). Anyone who knows of an immediate emergency should call 911.

Cannon said because of the unrest in Washington, D.C. on Jan. 6, when five people died after a violent pro-Trump mob stormed the U.S. Capitol and briefly halted the certification of the presidential election results, Portland's FBI field office is "maintaining a heightened posture" to monitor threats to the region.

The FBI's focus starts with preventative measures. Cannon said they're working on identifying, investigating and disrupting individuals involved in the Jan. 6 siege on the U.S. Capitol as well as any others who may incite violence or commit crimes locally.

The FBI will also set up a command post with the purpose of gathering intelligence and coordinating with law enforcement partners on potential threats.