Four people from the Lake Oswego and Newberg communities died in a plane crash at Lake Coeur d'Alene in Idaho. Families are sharing memories of their loved ones. 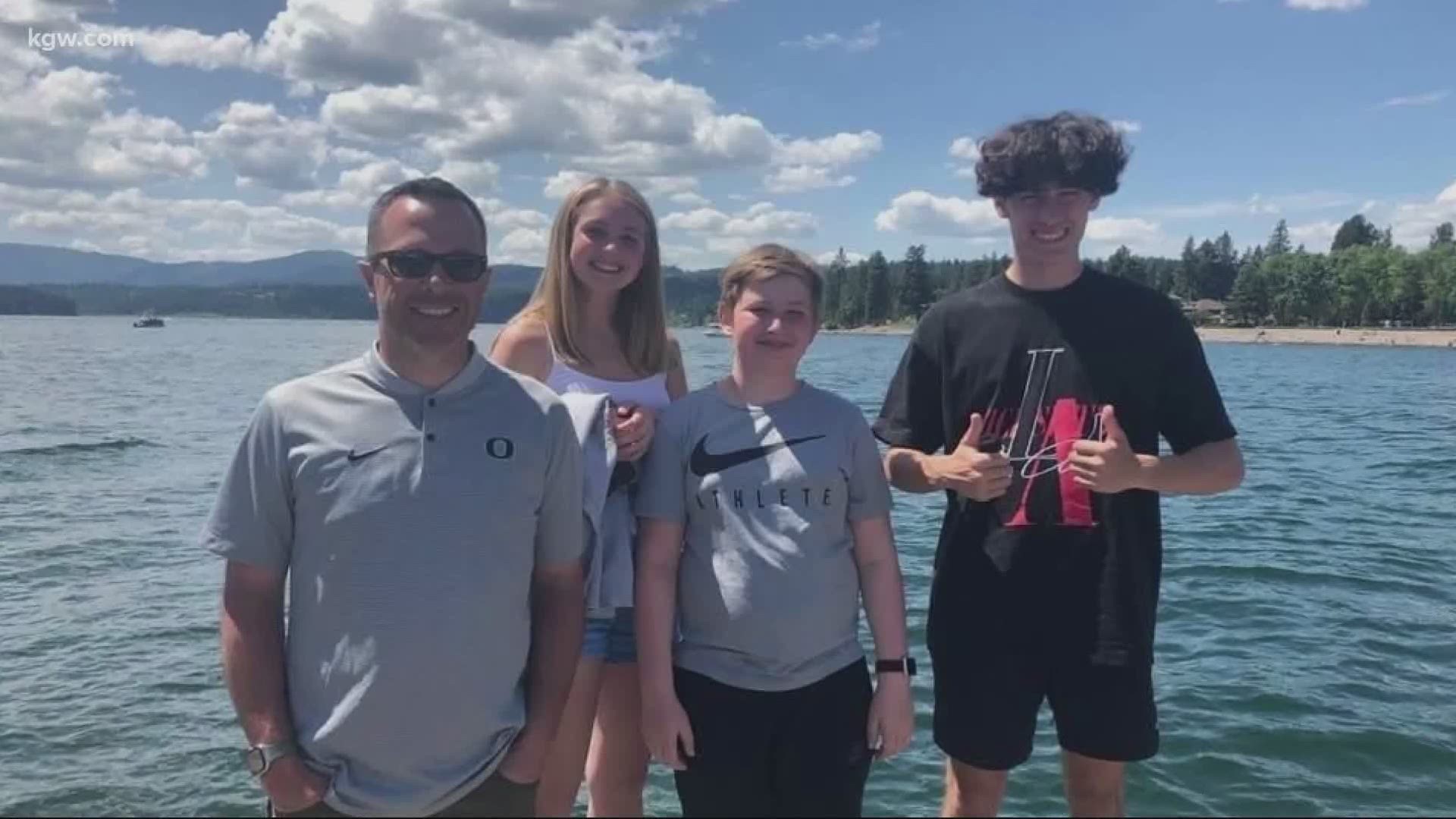 Authorities say the float plane they were on collided with another one on Sunday. Both planes crashed into Lake Coeur D’ Alene in Idaho, with a total of eight people.

There were no survivors.

"These difficult times, it's hard each moment. But I know what I'm grateful for, and that's having them in my life."

That thoughtful sentiment comes from Brian Olsen. He is the father of 15-year-old Sophie and 11-year-old Quinn. 16-year-old Hayden was also in his life, as part of two blended families from Lake Oswego.

"They just all got along really well, and Hayden was an inspiration for my kids, so it was a blessing to have him as part of our life," said Olsen.

Olsen shared video of the seaplane taking off from Lake Coeur D' Alene. It shows a beautiful day for an adventure, with white clouds dotting a blue sky. Quinn texted the video to his dad while in flight, shortly before the crash.
Father and son were close.

Olsen said of his son:

"A best buddy, going to Portland Trail Blazers games together and at age 11 and going into 6th grade, he was learning a lot about me, and we were able to share our personalities."

And first-born Sophie, her dad described her as a golden spirit - full of energy and a zest for life.

"She's going to, well was going be 16 next month … there were a lot of things I wanted to share with her."

Olsen is grieving, along with his wife Courtney Cooper and her three kids. So is Olsen's ex-wife April Upchurch, who lost her husband Sean along with the kids. And Hayden’s mother Alix Fredrickson, who raised him in Newberg, where he was a soccer star and straight A student at Newberg High School.