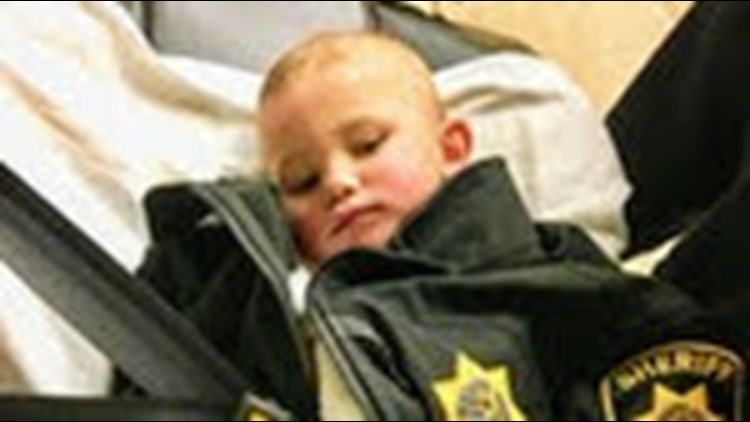 A baby was found in the woods of central Oregon. The child's father, Brandon Blouin, is accused of leaving the baby alone for at least six hours in the woods. (Photo: Deschutes County Sheriff's Office)

BEND, Ore. — The father of a 1-year-old boy who was left outside in central Oregon with a broken leg, cracked skull and meth in his system has accepted a plea deal that will send him to prison for over two years.

Brandon Blouin agreed this week to enter an Alford plea to criminal mistreatment, endangering the welfare of a minor and felon in possession of body armor.

In exchange, charges of custodial interference, child neglect and abandonment of a child were dismissed.

Under the plea, Blouin's lawyer acknowledged that prosecutors had sufficient evidence to prove the charges.

The Bulletin reports that the boy now lives with his grandmother.

RELATED: Baby found in woods of central Oregon had meth in his system, prosecutors say