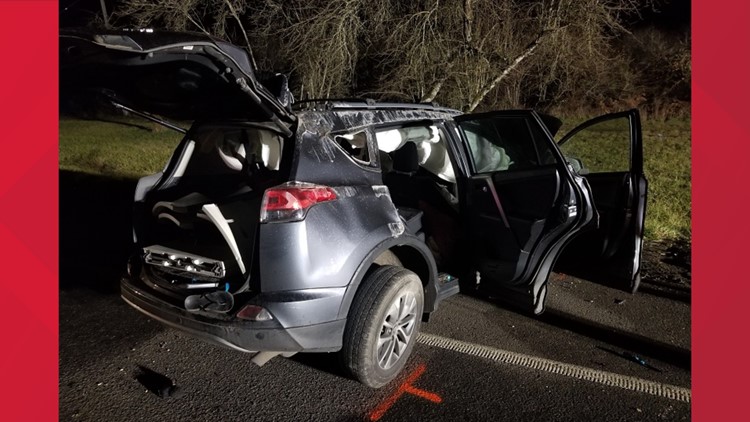 PORTLAND, Oregon — A Portland man has died from an accident Sunday evening near Eagle Creek.

About 7:30pm Oregon State Police were called to a two car creash on Highway 224 near Highway 211.

Preliminary investigation revealed that a Toyota Camry, operated by  Aleksandr Sukhoy, age 37, from Portland, was westbound on Highway 224
and for unknown reasons crossed into the eastbound lanes.

Once in the eastbound lanes the Toyota Camry crashed into an eastbound Toyota Rav, operated by Haley Hubbard, age 29, from Eagle Creek.

Sukhoy was pronounced deceased at the scene by emergency personnel.

Haley Hubbard and her passenger, Josh Hubbard, age 30, from Eagle Creek, were both transported to area hospitals with serious injuries.

OSP continues their investigation into the accident. OSP was assisted by ODOT, Clackamas County Sheriff’s Office and Clackamas Fire.