Joseph "Joey" Dewy was shot and killed Saturday in the Parkrose neighborhood. It was Portland's 51st homicide of 2021. 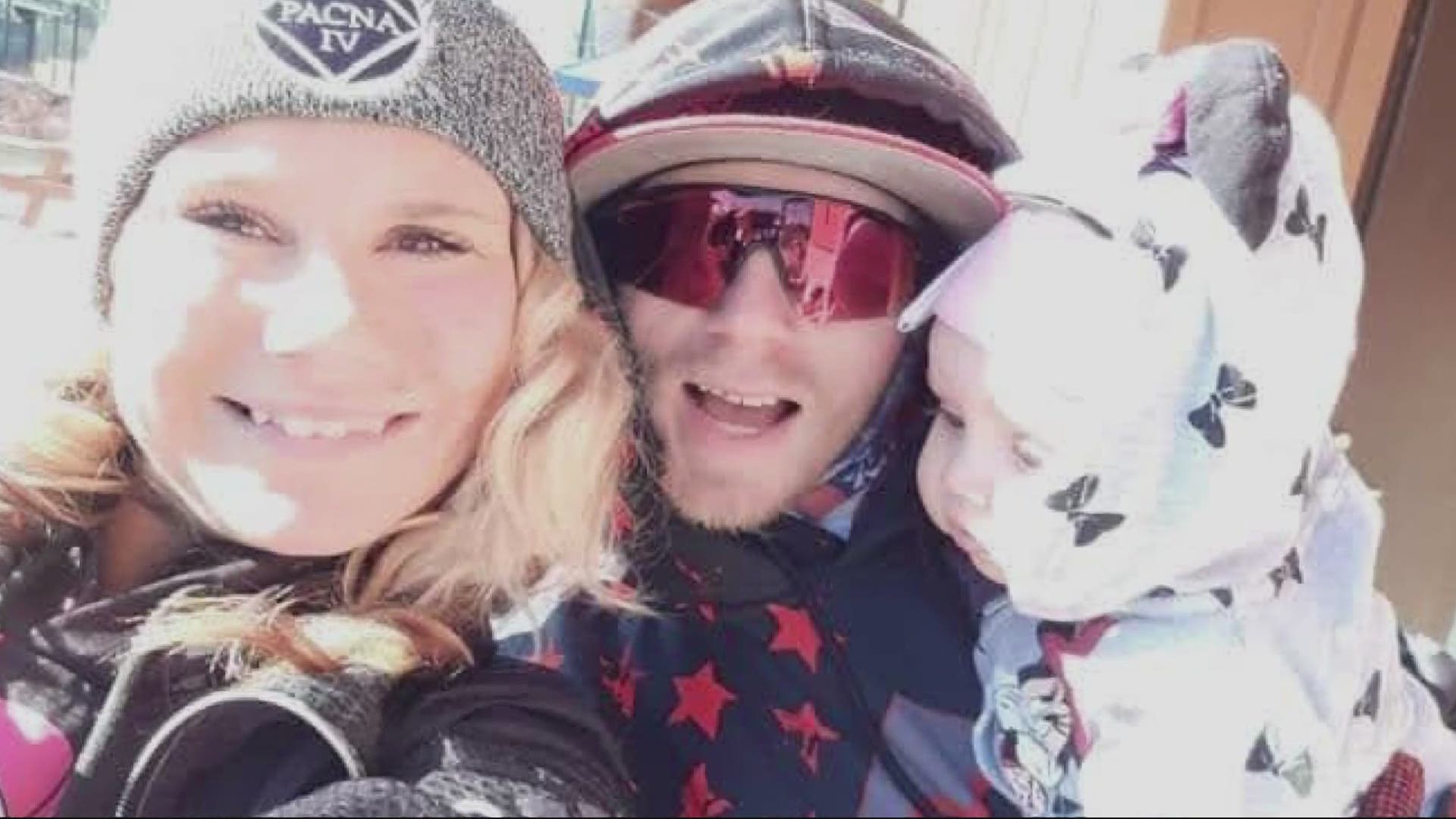 PORTLAND, Oregon — Katie Glover has spent the last few days trying to smile for her 2-year-old daughter, Paige. It's part of an effort to stay strong after the murder of the little girl’s father, 34-year-old Joseph "Joey" Dewy.

“He was a really great father,” said Glover. “He really was. Paige was the light of his life, no doubt.”

Portland police said around 6:30 a.m. on Saturday morning, someone shot and killed Dewy near Northeast 112th and Sandy Boulevard. Glover doesn't know who killed her daughter's father, but she believes somebody does.

“For anybody who's trying to protect this person who did it, it's some kind of evil,” said Glover. “I just want justice. I want justice for my little girl because… I'm left to tell her when she gets old enough to ask.”

Before Dewy's murder, Glover said it had been about four months since she had seen him. She said the two had met several years ago through an addiction recovery program, but Dewy struggled.

“Just about a year ago he left me and Paige when he fell back off into his addiction,” said Glover. “Unfortunately he was battling his demons.”

Glover draws part of her strength from memories of when things were good. Memories of softball games, time together as a family and hope for the future.

“He was an incredible person,” said Glover. “When he left this world, he left, in my perspective, as a shell of who he used to be.”

A growing memorial now marks the spot where Dewy was killed. His death marks Portland's 51st homicide of the year.