A grand jury had cleared the officer of any wrongdoing back in February. 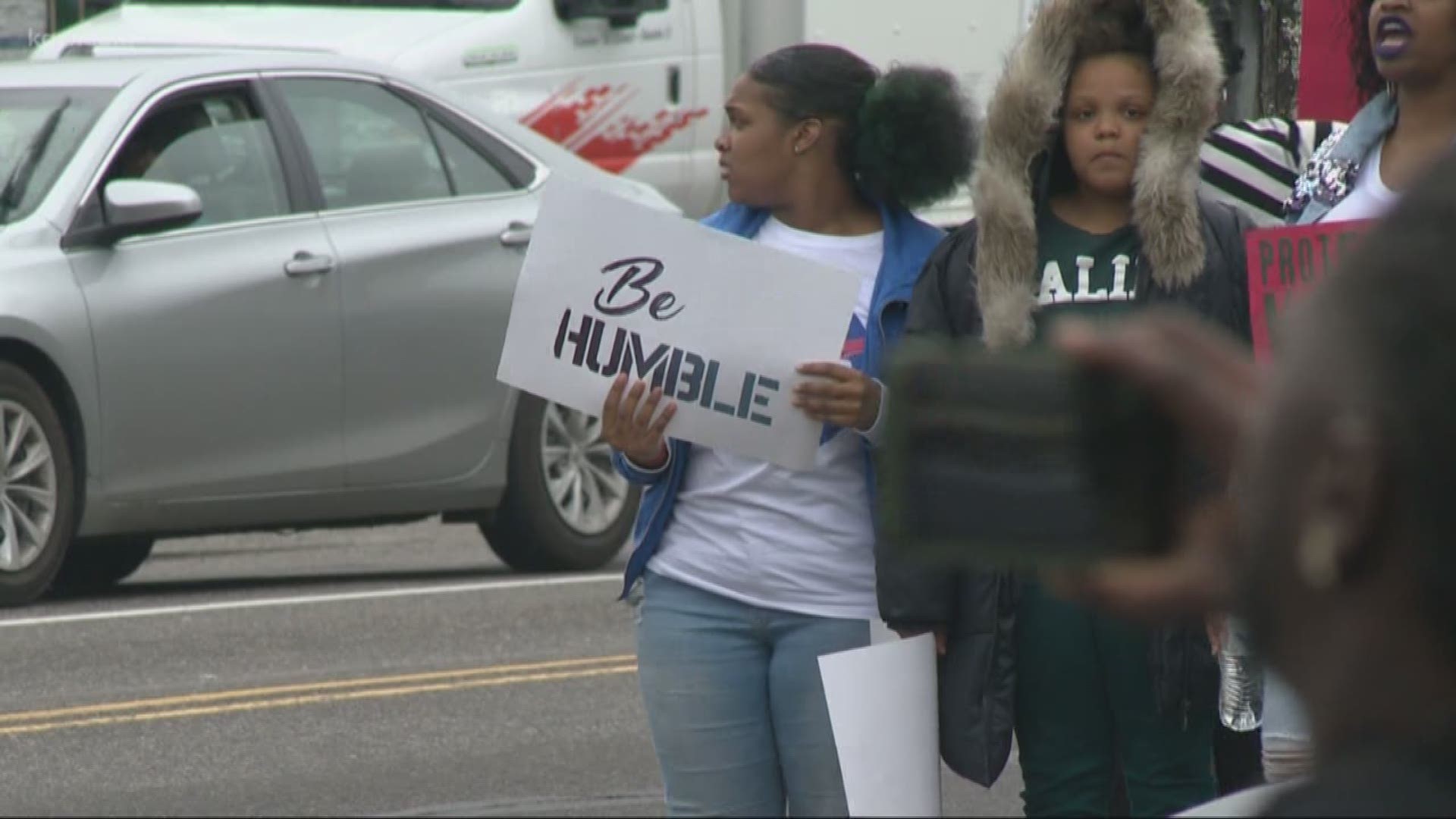 PORTLAND, Ore. — A group gathered in Northeast Portland to rally on Saturday for seeking justice for Andre Gladen, a blind man killed by a Portland police officer.

Family members made the trip to Portland and held a gathering to talk about the case and to protest the investigation results. The gathering turned into a march in the middle of Killingsworth stopping at the intersection of Killingsworth and MLK Boulevard to get the message across.

The marchers eventually made their way to the north precinct as officers looked on.

Gladen was shot and killed by a Portland police officer in January. According to police, he showed up at a stranger's home in Southeast Portland, pulled a knife and cornered the officer.

The officer tried using a taser before shooting Gladen three times, police said. A grand jury cleared the officer of any wrongdoing in February.

Gladen had lost an eye from an old gunshot wound to the head that left him legally blind. He could only see shadows and shapes.

His family says he would never pull a knife.

“He loved to make people happy. He loved to put a smile on people’s face and he’s not confrontational at all,” Donna Martin, Gladen’s sister said.

Now they're looking for answers.

“There's an echo in the streets,” Jakara Pettis, Gladen’s sister said. “There’s a cry in the streets and if they’re not going to be peaceful and be peace officers they need to throw down their badges and go home.”