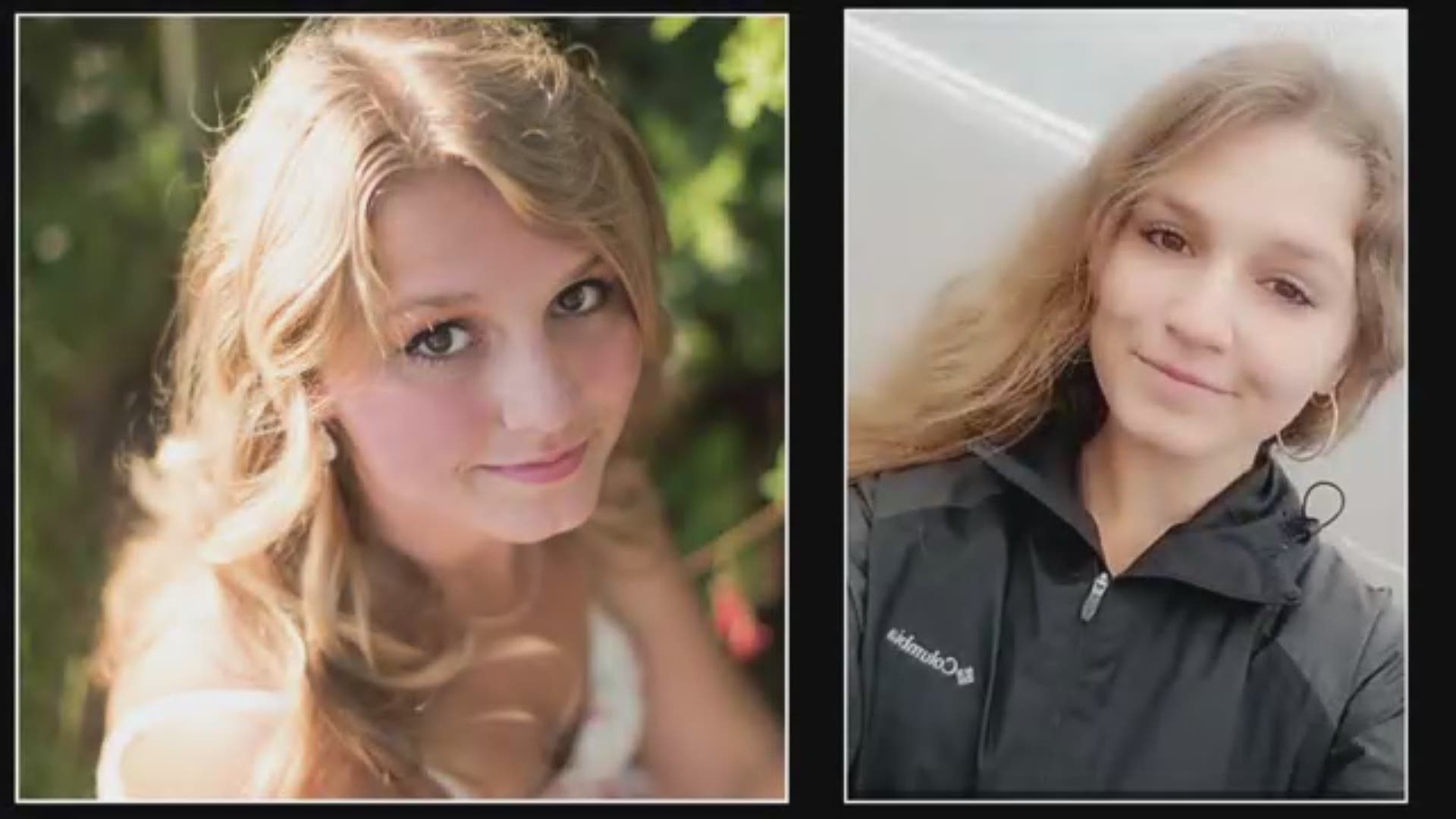 PORTLAND, Ore — The family of Michelle Casey is raising money to give back to the first responders who climbed down a steep embankment to rescue their daughter.

"They put themselves at risk every day to save other people's lives. This team in particular went blindly over a cliff 100 feet down, and they had no idea what they were going to find with two people and brought them back, and they do that all the time and we don't even realize that," Colleen Casey said.

Just a day before her death, Michelle visited her parents for the day and then mother and daughter said goodbye like they always do.

"It's the same thing I always say to Michelle is 'Love you bye! Be careful.'"

The date was May 19, 2019. Michelle and a friend had stopped along Highway 101 on the Oregon coast at the Neahkahnie Viewpoint, just south of Cannon Beach.

"The sun had just broken out and they both liked to take photos," Michelle's mom, Colleen Casey said.

It was just after 10 a.m., Michelle and a friend stepped over a small rock wall that separated the small roadside viewpoint from a 400-foot drop to the Pacific Ocean below. Michelle and her friend were taking pictures that day. Colleen said Michelle slipped on wet grass and fell more than 100 feet and hit her head.

Michelle's friend climbed down to be with her and the Nehalem Bay Fire and Rescue sent two rescue crews after them both.

Cannon Beach Fire was in the middle of rope rescue training at the time and showed up to assist with the rescue.

"That particular spot, it's so steep it takes an incredible amount of manpower to get them back up," said Cannon Beach Fire Chief Marc Reckmann.

After two hours, Michelle and her friend were lifted back up to ground, Michelle was flown to Legacy Emanuel Hospital in Portland where she later died.

Michelle was able to save two lives that day through organ donations. The 21-year-old was on track to graduate from Oregon State University this spring with a degree in kinesiology. Her mom says she was athletic, funny, beautiful inside and out, and she always wanted to help others.

"I just know being Michelle, this is something she would be so thrilled about that she's part of this. That people are being saved and rescued," Colleen said.

The Casey family started a GoFundMe page and reached out to both fire chiefs for what they would like to use the money for. After giving it some thought, Beswick made a list.

First on the list was money to create quick response rescue kits, "Which it can be either one or two backpacks with some lightweight equipment. Which two rescuers can go and very, very quickly secure our victim. While the rest of the technical team is being set up."

Both departments said they would use the money for continued rope rescue training.

RELATED: "It's nice to get out and just breath that air': Access points to several Oregon beaches reopen

"Training is everything. We still need more training, we need to do it again," Reckmann said.

Reckmann said he would like to replace outdated equipment with more up to date and lighter gear.

Beswick said if there's any money left over he'd like to use it to by a tactical drone that would help in locating victims while rescuers are getting set up and the possibility to carry a life jacket to someone in distress in the water.

Both chiefs say they are amazed at what the Casey family is doing for them.

"I can't imagine what she's gone through and for her to do what she's doing and trying to bring a positive to this, I think is incredible. I think she's done an incredible job to get this message out and what they're trying to do and make a positive out of this," Reckmann said.

"When she first contacted me, you feel a little awkward talking to the mother of this person who you had to witness go through this terrible thing. I want to be the one comforting her and tell her what we did and here she is giving back to us, so again, it's amazing what she's been doing for us and it's been neat to  meet her and exciting to see the way her family's reached out and supported them," Beswick said.

Colleen said, it's what Michelle would have wanted, "It's so  much a part of Michelle's legacy of who she was that she loved to help people and doing things for others and bringing home stray kittens, whatever. This is right in alignment the type of person Michelle was and is I believe."