Gun violence in Portland has been raging and many cases are unsolved, including the final homicide of 2020. There is big reward money if you can help solve it. 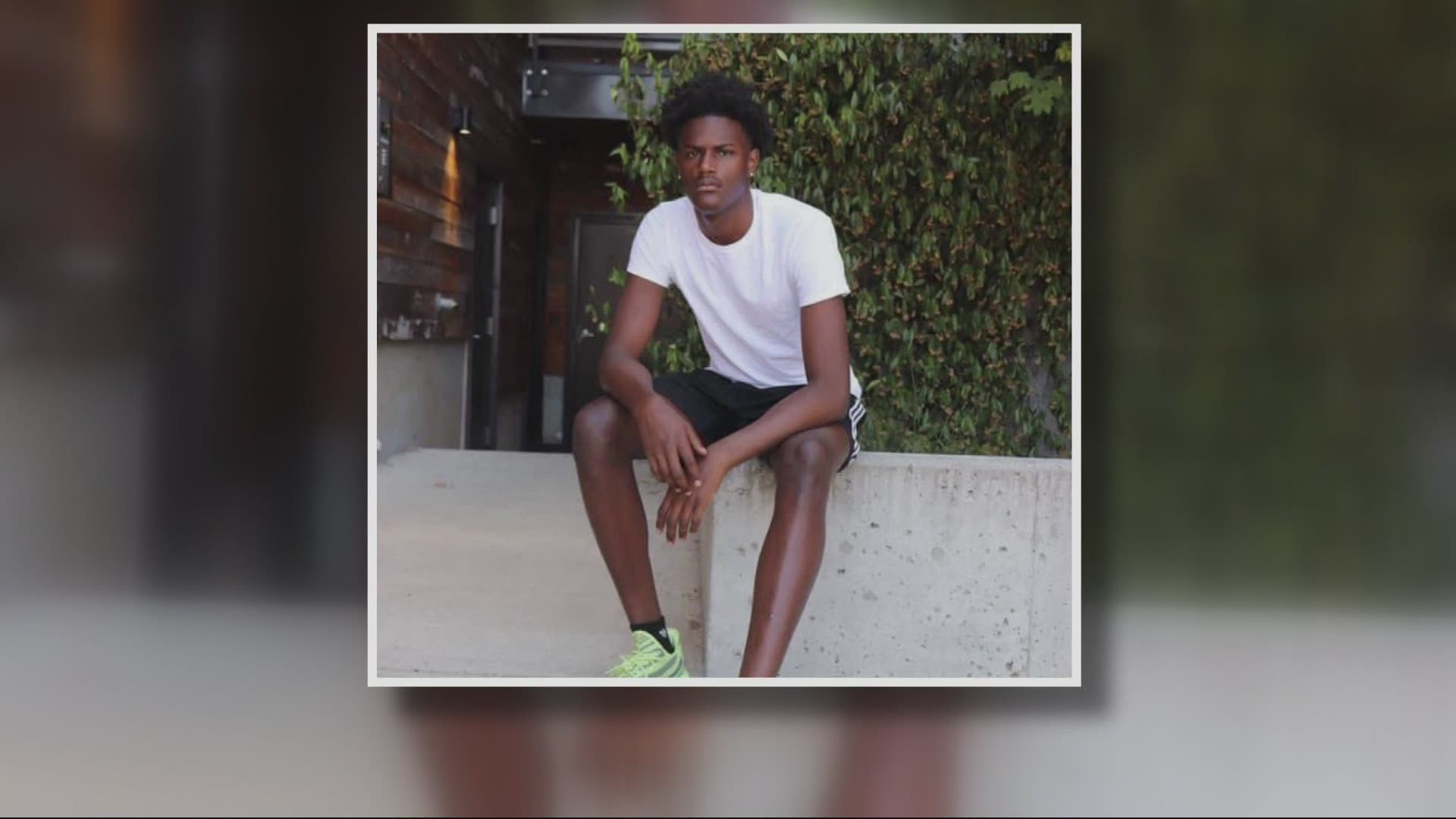 "On December 31st, 2020 at approximately 10:29 pm, there was a barrage of gunfire in the area of NE Durham Avenue and NE Madrona Street," said Portland Police Bureau Homicide Detective Anthony Merrill.

Brown was the 55th and final Portland homicide of 2020. Crime Stoppers of Oregon and Brown's friends and family both have reward money available to anyone who can help solve the case and bring those responsible to justice.

We heard about Brown's life from his mother and aunt. We're not identifying them at their request, because of their fear after the killing of their loved one, and the ongoing gun violence in the city.

"I'm the mother of Ja'mere Brown, that's my son and I want to be seen but I'm too scared to be seen," said Angela.

She and her sister Cheryl want everyone to know who Ja'mere was.

"Like they say a gentle giant because he was 6'3" but he was very mild-mannered and very softspoken. And he loved soccer and he loved basketball," said Anglea.

Ja'mere was sitting in his friend's car on new year's eve.

The two were parked in the 2006 maroon Chevy Malibu four-door, watching YouTube videos, when they were shot.

The friend was critically injured, but able to drive about a mile to northeast NE Alberta and Mallory, trying to escape danger. Angela said Brown was already dead.

"I miss my son every day. It's still like it's not real, it's like he was my baby.  And he didn't deserve this, at all."

By all accounts, Brown and his friend were good kids. Neither had a history with police, guns or gangs. Detective Merrill needs help from anyone who saw or knows anything about what happened to them, no matter how trivial it may seem.

"I know from my investigation that there are two families that are traumatized, looking for any kind of answers, any help or assistance from the public... especially a crime that is such a serious matter and where people have lost lives and people have been changed for their lives, we just really need the public's assistance to get us in the right direction in this case," said Merrill.

"If anybody knows anything please, even if they can remain anonymous, whatever they want to do. Just please say something so we can have some kind of closure. It tears my heart up," said Brown's Aunt Cheryl.

Brown's aunt and others' hearts are torn, for a kid who grew up in Northeast Portland, who went to Woodlawn Elementary, grew into a teenager who liked drawing and photography, was close to graduating from Jefferson High School.

And who had a girlfriend he was close to for the last year of his life.

Loved ones now have the pictures and the memories, providing some comfort to go with their grief over losing someone they love.

"He was trying to figure out his life, and he was a young good man. Young good man. Kind, very kind, and giving," said both Angela and Cheryl.

Brown's homicide is the Crime Stoppers of Oregon's Crime of the Week. Crime Stoppers is offering $2,500 for information that helps lead to an arrest. Family and friends have also raised nearly $6,000 more, to reward those who provide information to solve the case.

You can contact Portland police or Crime Stoppers of Oregon, and you can remain anonymous.