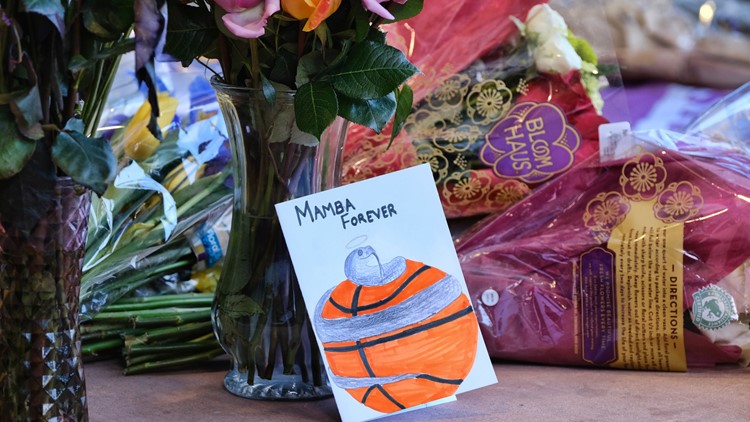 Photo by: AP
A card bearing words Mamba Forever, is left in remembrance to Kobe Bryant at a small memorial at the entrance of the Mamba Sports Academy in Thousand Oaks, Calif. on Sunday Jan. 26, 2020. Bryant, the 18-time NBA All-Star who won five championships and became one of the greatest basketball players of his generation during a 20-year career with the Los Angeles Lakers, died in a helicopter crash Sunday, Jan. 26, 2020. (AP Photo/Richard Vogel)

PORTLAND, Ore. — The father of former University of Oregon baseball star J.J. Altobelli was among those who died in the helicopter crash that claimed the lives of Kobe Bryant and his 13-year-old daughter, Gianna.

Altobelli's father, John Altobelli, was one of the nine people aboard the helicopter that crashed Sunday in Calabasas, Calif. John Altobelli was a longtime baseball coach at Orange Coast College. In 27 years, he led OCC to four state titles and more than 700 wins. He was 56.

John Altobelli's wife, Keri, and daughter Alyssa also died in the crash. Alyssa and Bryant's daughter were basketball teammates at the Mamba Academy.

J.J. Altobelli was not on the helicopter. He played for the Ducks from 2010-2013 and was drafted by the St. Louis Cardinals in 2013. He is currently a scout for the Boston Red Sox.

RELATED: 'Please don't tell me this is true': Blazers react to death of Kobe Bryant