Madaline Pitkin died in her cell seven days after she was booked in the Washington County Jail. Corizon Health, at the time, was hired by the county to provide medical services to the jail. 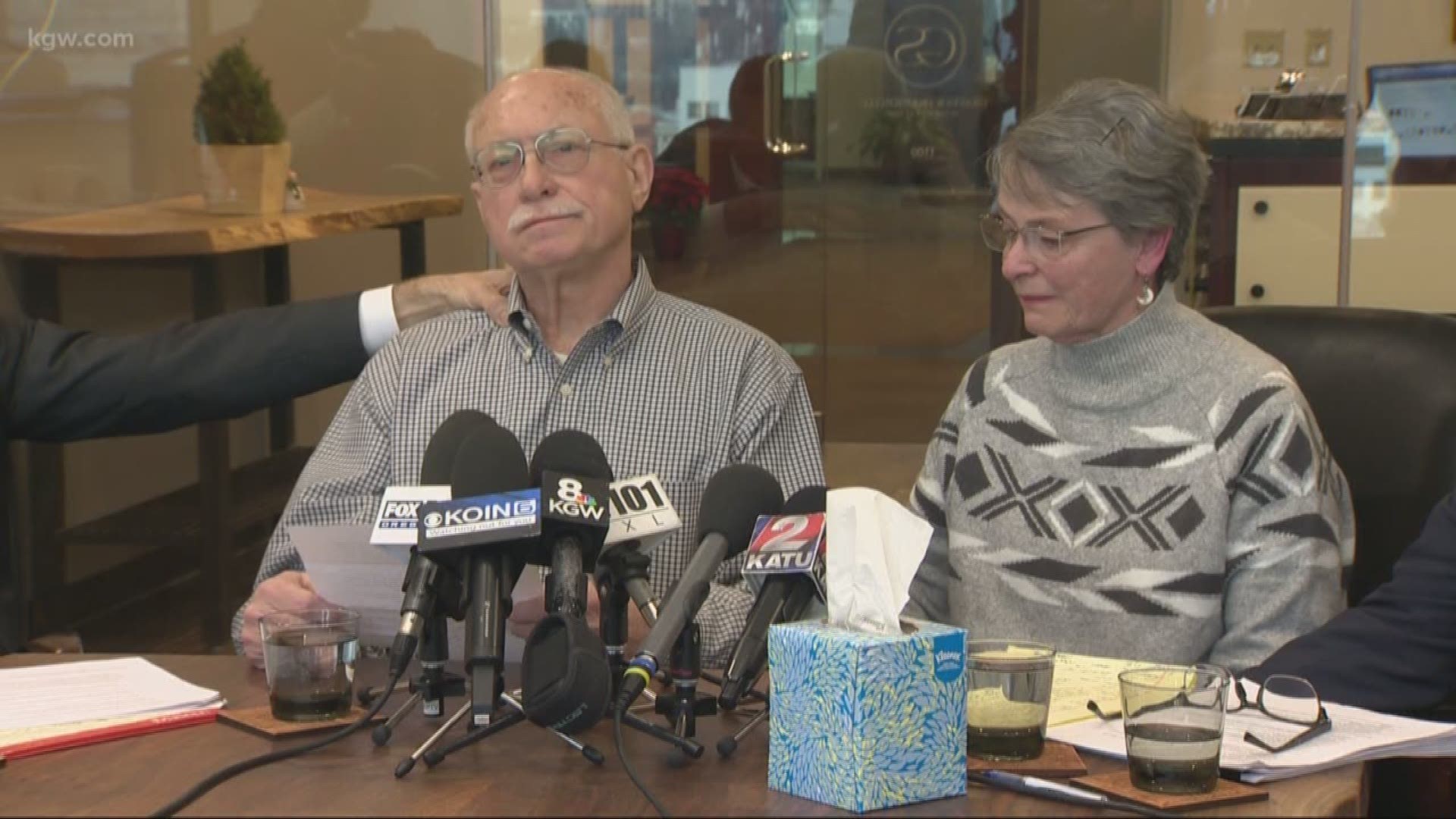 The family of Madaline Pitkin filed the $20 million lawsuit in November of 2016 after the 26-year-old died in her jail cell in 2014. The settlement was announced on Friday.

Pitkin died in her cell seven days after she was booked in the Washington County Jail. Corizon, at the time, was hired by the county to provide medical services to the jail.

In announcing the settlement Friday, attorneys for the family said she "endured a living hell, dying of dehydration. She was left to die while a simple IV would have kept her alive," they said.

“All Madaline needed was an IV... They left her alone in her cell to die.”

-attorney for Russell & Mary Pitkin, whose 26-y-o daughter Madaline died on the floor of her cell in the Washington Co. jail. She was detoxing from heroin. pic.twitter.com/GIoMOb0CTb

Pitkin was a heroin addict. She suffered from withdrawals. The lawsuit alleged medical malpractice, saying professionals didn’t act quickly enough to help her during detoxification, even after she repeatedly told them she needed help, and said she felt near death.

The Washington County Sheriff's Office issued a statement Friday stating "the death of Madaline Pitkin was a tragedy and our thoughts are with her family."

The statement said "Corizon fully indemnified Washington County and Corizon is liable for 100 percent of the judgement and legal fees."

As our Offer of Judgement indicates, in 2014, our medical team at the Washington County Jail failed Madaline Pitkin and her family. The amount of this settlement is unprecedented for our company and reflects how far removed the facts of this case are from our standards and expectations of care. For whatever small comfort this may provide, the lessons we've learned from this case have been catalysts for significant changes we have made and are still making to our clinical program.

I was not at Corizon Health when Ms. Pitkin was our patient but am deeply disappointed in our performance at the time and feel tremendous sympathy for her parents and loved ones. The company was reorganized in 2017, and today we operate with a new leadership team and new Board that includes three independent directors. We are committed to ensuring our company supports our teams in providing the best possible care.

At Corizon Health, we have amazingly talented healthcare professionals who feel a sense of mission to care for those who are incarcerated. This case does not reflect the commitment and compassion that the vast majority of our staff bring to their jobs.

The county ended its contract with Corizon in 2015 and replaced the company with NaphCare. Attorneys for the Pitkins said the company only has one contract left in the state of Oregon, and it’s with Clackamas County. A spokesman for the Clackamas County Sheriff's Office said the contract with Corizon ends at the end of the year, and NaphCare will be the new medical provider beginning in 2019.

In a prepared statement in 2016 the Washington County Sheriff's Office said, “Further disappointing is the fact that in the two years from Ms. Pitkin’s death, Corizon remains unwilling to resolve this claim without forcing Ms. Pitkin’s family to file a federal lawsuit and relive their daughter’s tragic death.”

Corizon Health, in a 2016 statement, said, “We are unable to provide you with a comment due to patient privacy laws and the litigation you cited.”