The man who set up the camera says the sight has changed him. 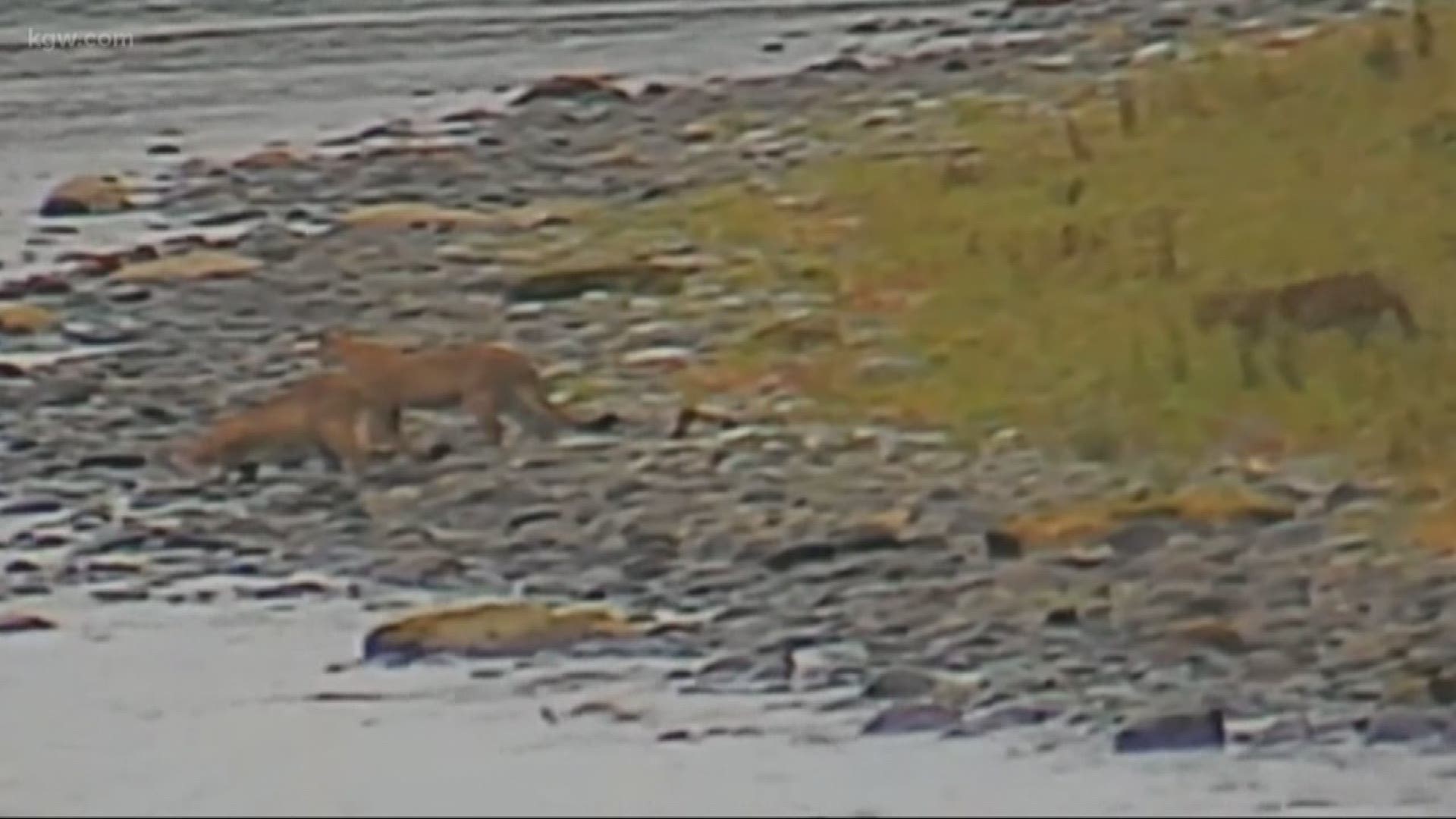 TOLEDO, Wash. — A Lewis County man captured video of four cougars outside his home on the Cowlitz River in Toledo, Washington.

Ed Torkelson has two cameras trained on the river. The video is livestreamed on his website, Cowlitz River Live.

Torkelson, 73, started the website as a retirement project and public service to fisherman looking to make the drive.

“I fished the river forever,” said Torkelson. “When you drive down here you didn't really know if the river is high, is it muddy, whatever.”

Torkelson spotted the cougars just before 7:00 a.m. on September 11, while doing what he does every morning.

“I get up and run the cameras for a while,” said Torkelson. “This time it paid off — four cougars! I knew I had something.”

Torkelson believes he saw a mother cougar and her three young.

“To see a family of cougars, it's rare,” said Torkelson.

“I couldn’t believe it,” said Torkelson’s wife, Gladys. “I was like, wow! That's dangerous, I hope they stay on that side of the river!”

That’s probably what a beaver Torkelson saw swimming in the Cowlitz River, thought, too. Torkelson spotted it shortly before he noticed the cougars.

“He was swimming in circles, had his nose in the air, slapping the water with his tail,” said Torkelson. “He knew something was bothering him.”

“I have hunted them,” said Torkelson. “To see a family experience like that … I doubt if I'll hunt them again.”