Jenoah Donald, 30, was shot during a traffic stop Feb. 4 in Hazel Dell. The events that led up to the shooting remain under investigation. 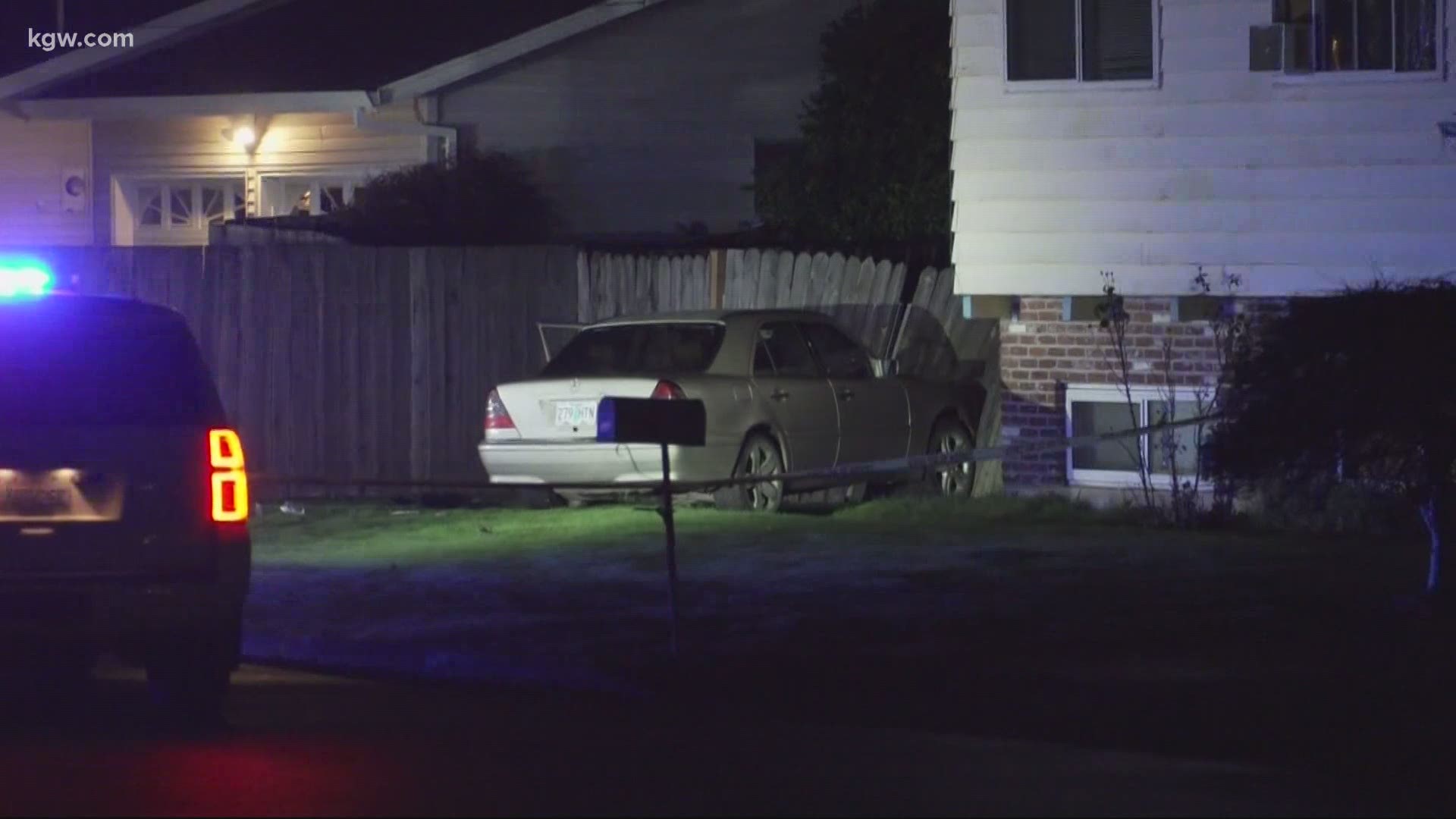 HAZEL DELL, Wash. — Jenoah Donald, the 30-year-old man who was shot by a Clark County deputy during a traffic stop on Thursday, Feb. 4, has died, the Vancouver Police Department confirmed Friday.

The Clark County Sheriff's Office said Donald was pulled over near Northeast 68th Street and Northeast Second Avenue around 7:41 p.m. on Feb. 4. During the traffic stop, one of four deputies on scene fired their weapon, hitting Donald.

All four deputies were placed on leave, which is standard protocol.

OPB was first to report that Donald was a Black man, but no details regarding what led up to the shooting have been released. The Vancouver Police Department is leading the investigation.

On Friday, the Vancouver Police Department said the investigation is ongoing and said they have nothing more to report at this time.

Court records show Donald had a history of felonies that included theft of a motor vehicle, attempting to elude police and drug charges. He was also convicted of misdemeanors including fourth-degree assault and resisting arrest.

On Saturday, Feb. 6, a statement from the Vancouver NAACP branch said Donald was last reported to have been on life support. A GoFundMe account created on Donald's behalf said the family was told "there is nothing more that the doctors can do."

On Feb. 6, the Vancouver NAACP branch's statement read, "the family has asked for no demonstrations at this time; they are in shock and are trying to grieve."

It is with great sadness to share that Jenoah Donald was shot Thursday evening by the Clark County Sheriff's department.

The family was told Friday morning, there was nothing further doctors could do and they are preparing for his funeral.

The family stated that they have no more information than what has been reported in this OPB article.

The family has asked for no demonstrations at this time; they are in shock and are trying to grieve.

This is Black History month and too often this is our American story. The Vancouver NAACP Branch realizes that right now is a critical juncture in our Republic's history. Since May 25th 2020, there have been many demonstrations and direct actions taken by many in hopes of supporting and centering on our Black citizen's needs and safety in the area. To the activists who demonstrated on our behalf; we see you. We honor you. Particularly the young Black and LGBTQIA+ leaders on the ground.

To our white allies: We are grateful for these brave Americans leveraging power and privilege for the continued cause of Black freedom and equity. However, the theme of Black History month this year is the Black Family. We ask you to listen to the needs and wants of the family of this Black man.

Any public demonstrations done at this time would be in direct violation of this family’s wishes. The best and only way to support at this time is to pray and you can contribute to the family’s Gofundme.

If you wish to be a part of helping us hold Clark County accountable you can also submit comments to Clark County Sheriff Office and VPD demanding transparency and urgency in the investigation and release of information. Beyond these local entities you can also reach out to your state representatives.

The Vancouver NAACP Branch is honoring the family's wishes at this time and will keep our members and community informed of any future plans related to this shooting.