Columbia Legal Services filed a legal brief with the Washington State Supreme Court, saying certain inmates should be released for their health and safety. 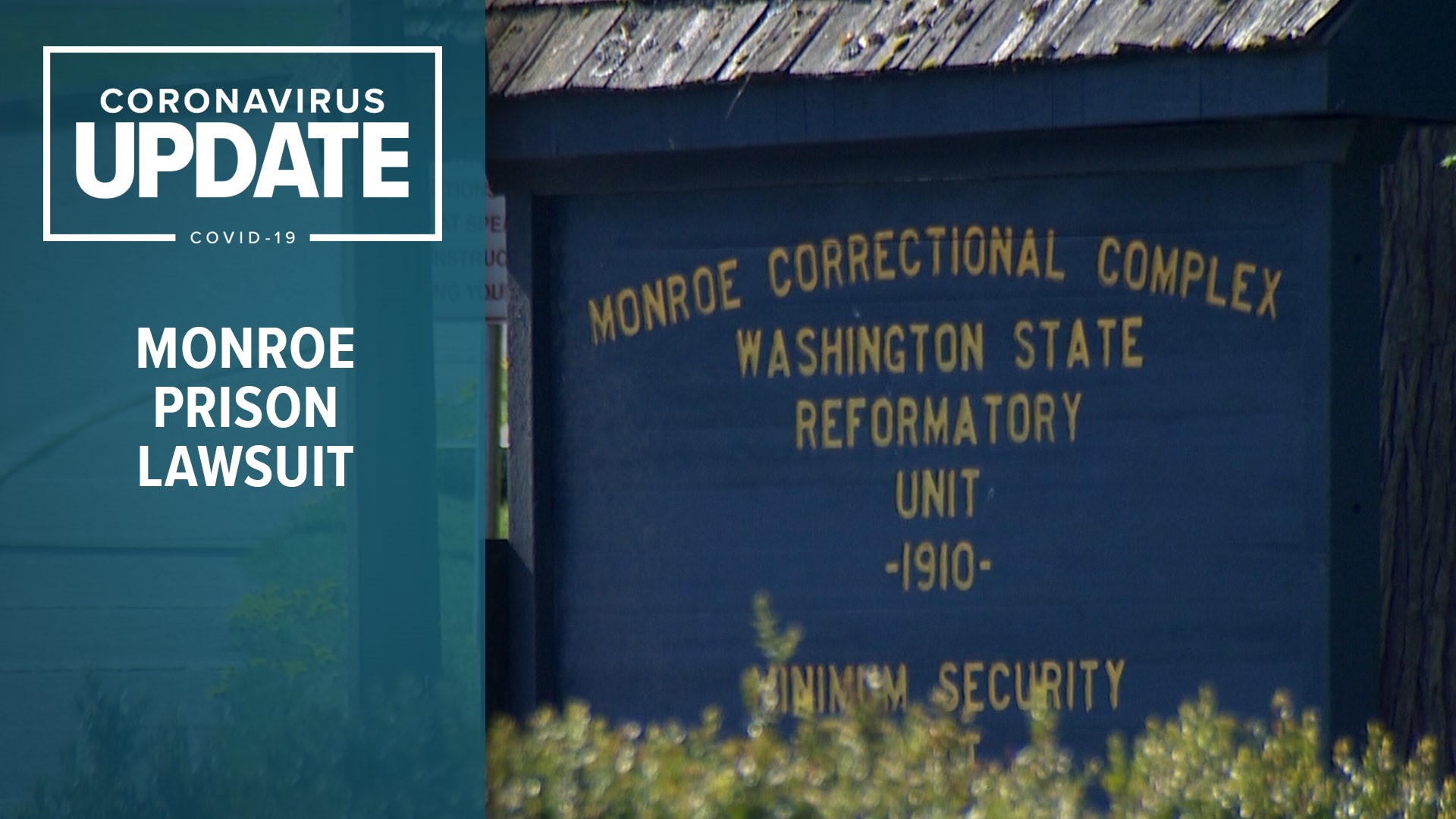 MONROE, Wash. — Families of inmates at the Monroe Correctional Complex, where a "riot" broke out Wednesday night, said that the prison is not doing enough to protect inmates' health in light of positive coronavirus cases found there.

“They were starting a riot over inadequate conditions that they were exposed to for the virus and lack of protection,” said Deborah Hawley, whose son is in the Monroe complex on a parole violation.

Six inmates in the prison have tested positive for COVID-19. The Monroe Correctional Complex is the first prison in the state to report inmates contracting the virus.

On Wednesday what officials called a "disturbance" involving 100 inmates put the prison on lock down. Law enforcement said the incident was related to the positive coronavirus cases.

Though Washington State Patrol called the outburst a "disturbance," a source who works inside the facility who spoke to KING 5 News called it a "riot."

Multiple law enforcement agencies were called in to help. Pepper spray, sting balls and rubber pellets were used to break it up.

Hawley said that the prison needs to do more within the prison system to stop the spread of the novel coronavirus which causes COVID-19.

Those same emotions are shared by Steve Vogel. His son is also in the facility.

“He can’t get no six feet, I mean they’re six inches away from each other in there,” Vogel said.

Columbia Legal Services filed a legal brief with the Washington State Supreme Court on behalf of five inmates at the Monroe complex.

The petition asks for the release of inmates in Washington prisons that are vulnerable to the virus – those who are over 50, those with certain medical conditions, who are pregnant, or have compromised immune systems – or those who have 18 months or less remaining on their sentence, and those on work release.

“Especially people with probation violations, I mean come on. This is ridiculous,” Hawley said.

“They need to do something. People like my kid or whatever, I mean put an ankle bracelet on him, let him serve the rest of his time at home,” Vogel said.

Hawley fears the coronavirus could turn her son’s probation violation into a death sentence.

“Here he is sitting down in Monroe for a probation violation amid a pandemic,” she explained, “I’ll leave the rest to the imagination of any parent who could put themselves in my place and imagine it was their child and they couldn’t talk to them inside of prison.”

The Washington State Department of Corrections reported no injuries to staff or inmates during the riot.

They said the six men who tested positive for the virus have been placed in isolation.