How false allegations against Portland Commissioner Hardesty spread like wildfire 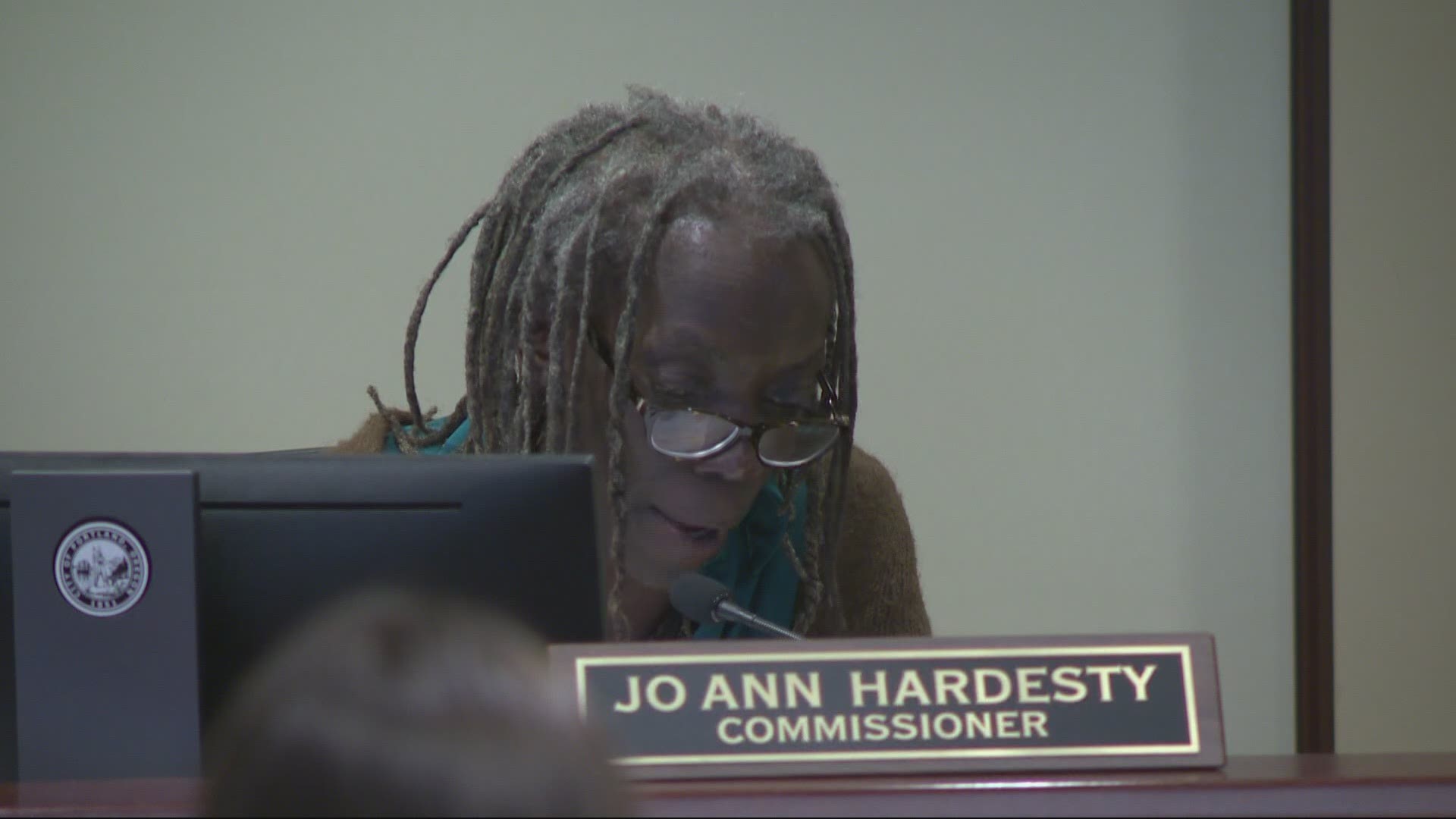 PORTLAND, Ore. — Less than 48 hours after activists published wrongful accusations alleging Portland Commissioner Jo Ann Hardesty rear-ended a woman and fled the scene, Hardesty, who has been cleared, has called for an independent investigation into how anyone outside the Portland Police Bureau found out about the hours-old police report that named her.

Mayor Ted Wheeler, who also acts as the police commissioner, is calling for that investigation, too.

“What happened to Commissioner Hardesty is wrong and unacceptable,” Wheeler said in a press release Friday. “It’s a reflection of broader systemic racism and it must be addressed. We need to get to the bottom of it as soon as possible. No one should be subjected to false accusations publicly.”

Around 9 a.m. Thursday, members of a group called The Coalition to Save Portland went live on Facebook, saying one of them had received a text message from a source about a hit-and-run that had happened the day before at Southeast 148th Avenue and East Burnside Street. They also said they had the police report, which stated the victim thought Hardesty was the driver who had rear-ended her and driven away.

Within hours, that Facebook live video had dozens of shares and thousands of views. The group also posted what reads like a news release, saying they "broke the news" about Hardesty's “involvement” in the crash. Soon after that, other, mostly right-wing activists started tweeting and posting about the allegation.

By noon Thursday, Commissioner Hardesty had gotten so many questions about the accusations, she scheduled a live press conference. The Commissioner noted, she doesn’t even drive.

Hours after that Portland police put out a statement, clearing the commissioner of any involvement in the crash.

Reynolds and other members of the Coalition To Save Portland have denied Hardesty’s “smear campaign" allegation. They have not updated their posts or website to say the commissioner has been cleared.

In an interview Friday Gabriel Johnson, co-founder of the Coalition, said he had no regrets about publishing details of the hours-old police report, before any investigation into it had carried out.

“It's a public record, and I think the public records need to be put out,” he said. “So no, we don't have any regrets, and we would do it again.”

KGW has reached out to the Portland Police Bureau (PPB) to confirm Johnson’s account of how he received the police report, noting the bureau has not released it to journalists. As of Friday evening, representatives for PPB had not responded.

In an email, a spokesman for Commissioner Hardesty’s office noted she has also not been able to get access to the report.

"Our office has also not been provided an incident report, nor any kind of report from Portland police," wrote the commissioner's communications director Matt McNally. "Commissioner Hardesty continues to call for an investigation to make sure we get to the bottom of this smear campaign, and we want to see these records released to media and our office as soon as possible."