'Enough is enough': Needles, human waste at Montavilla Park is the last straw for neighbors

After neighbors walked through the park earlier this week and found needles, overflowing trash and human waste, they started a petition asking the city to do more to clean it up. 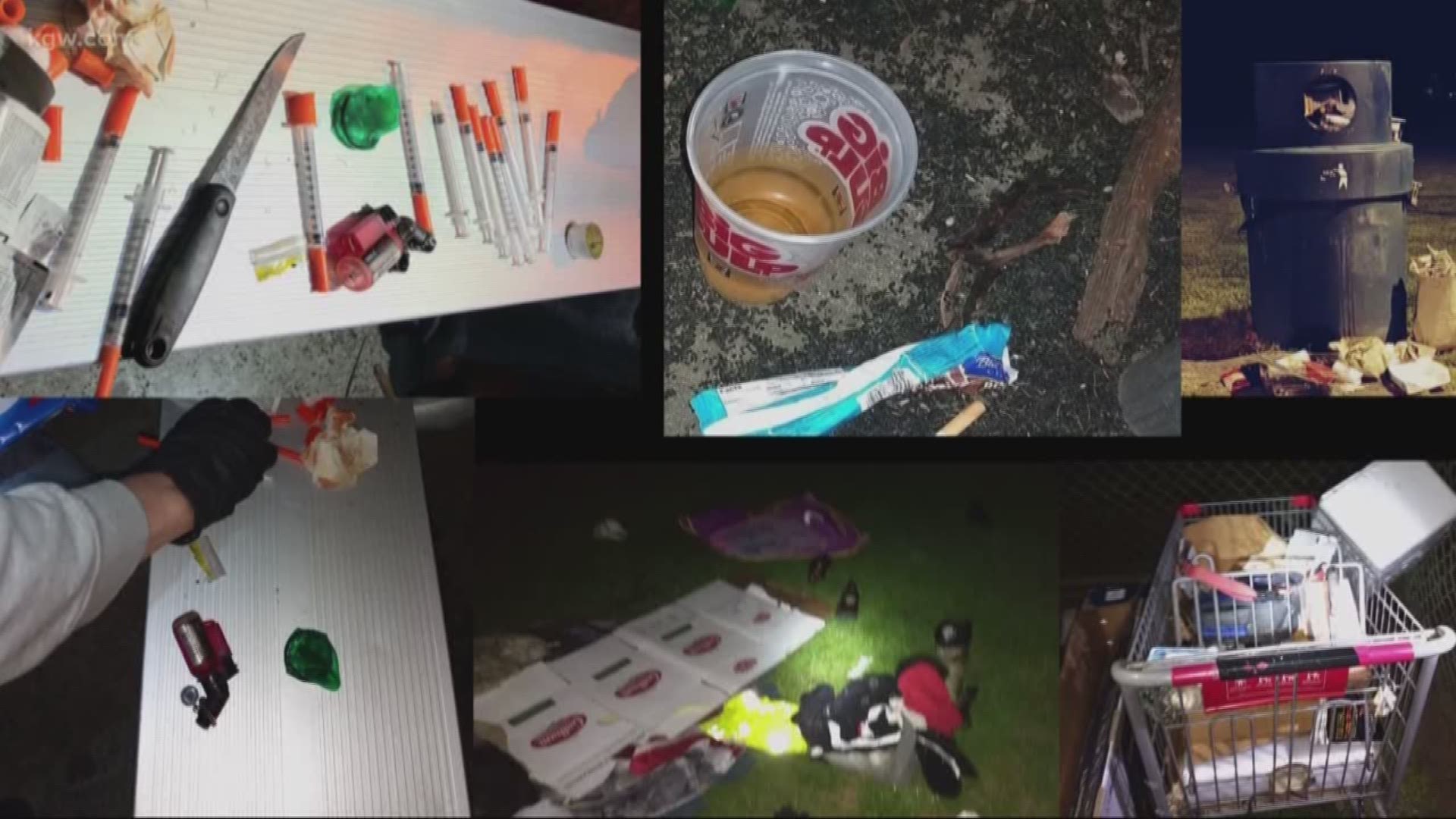 PORTLAND, Ore. -- Neighbors, frustrated by camping and drug activity at Montavilla Park, started a petition asking the city to do more to clean it up.

Those neighbors with the Montavilla Initiative, thought a petition was necessary after walking through the park Wednesday night.

“We found a lot of contraband so we decided enough is enough,” said Evelyn MacPherson, who lives just blocks from the park. MacPherson took photos showing piles of used needles, overflowing trash and human waste.

“It's just chaos,” said a woman named Nina, who was at the park. “The homeless have nowhere to go.”

Nina told KGW she was homeless, struggled with addiction and often slept in the park. She said she didn't blame neighbors for being upset and that she does what she can to help.

MacPherson said while on foot patrols, neighbors noticed the same people were committing the same crimes in the park. Because of that, in their petition, they asked that police arrest repeat offenders.

“I want them to actually enforce the laws that we have in the books and say it's not acceptable to behave this way," MacPherson said.

In an e-mailed response to KGW, Portland Parks & Recreation community relations manager Jennifer Yocom said, “Safety is our top priority and we too share the neighborhood goal of a safe and vibrant park at Montavilla Park.”

Yocom said the bureau was aware of the increased issues at Montavilla Park, and that crews had “recently completed a significant cleanup of the site,” and increased park ranger patrols.

Nina could attest to that.

“Police have stepped up. They came the last couple nights and they didn't used to,” she said. "The rangers come every day, too.”

“Officers respond to reports of criminal activity and livability issues that are often frustrating for area residents and park users,” said Simpson.

MacPherson said she hoped recent police action wasn’t temporary, because problems in the park were not.

“What's going on in the park right now has to stop,” MacPherson said.