Heather Chapin says she responded to more than two dozen COVID-19 calls during her two weeks in New Jersey. 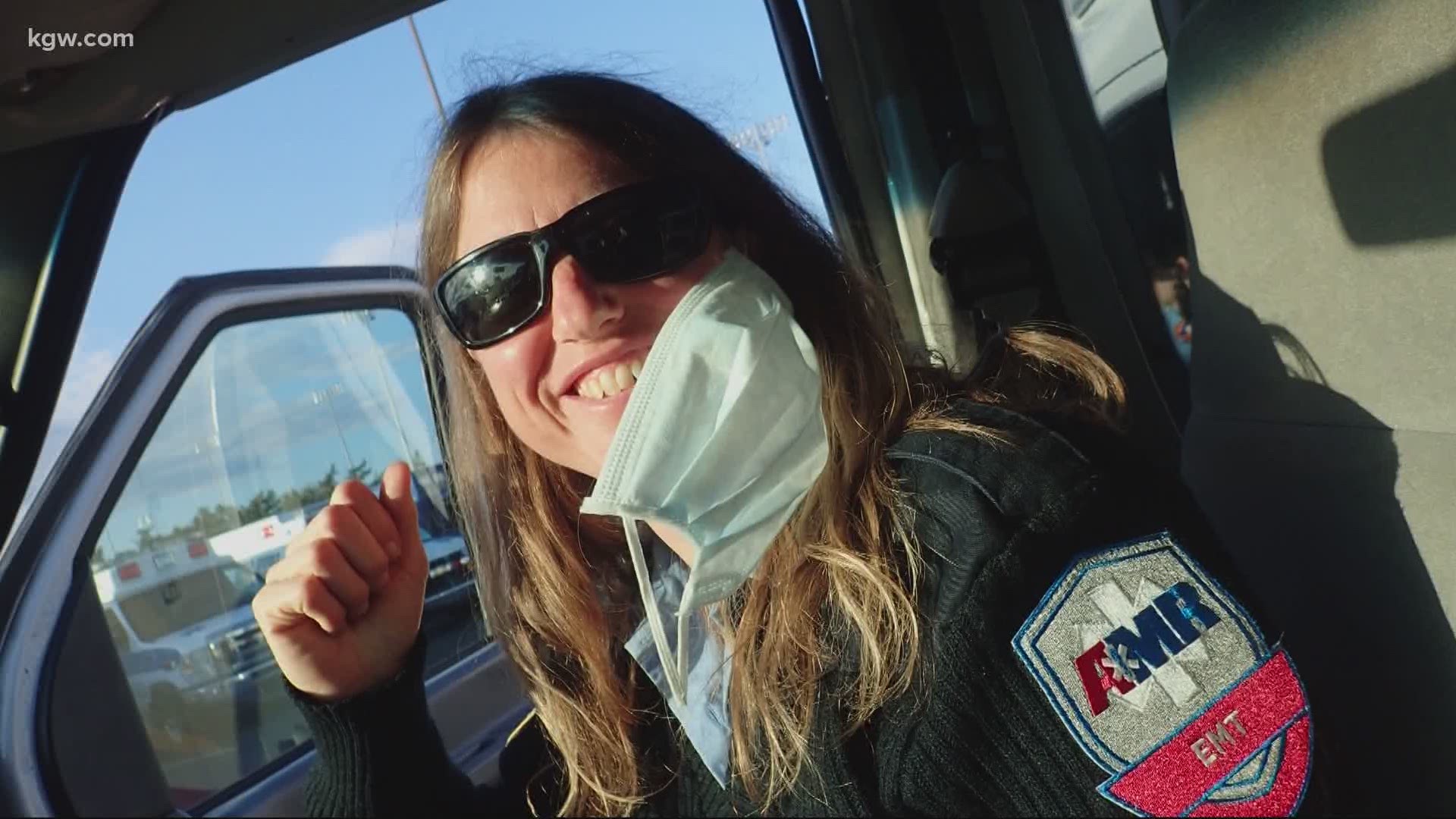 PORTLAND, Ore. — Heather Chapin, an EMT with American Medical Response, is back home in Portland after spending more than two weeks helping with the coronavirus response in New Jersey.

Chapin got the call about going to New Jersey back in mid-April. She jumped at the chance.

"It felt like an opportunity where other people may be afraid to run into the fire," she said. "I definitely felt like, 'okay I'm scared but have the Lord to lean on.'"

Chapin's number one task during her time in New Jersey was relieving the overwhelmed ambulance crews. Chapin recalls responding to more than two dozen 911 calls, all having to do with the coronavirus. Chapin wore a full hazmat suit each time.

"It was an incredibly tedious challenge and it was a blessing because we were super protected," she said. "We got to be more at ease."

Do not be mistaken though, there was nothing easy about Chapin's job. She cared for some people who were very sick. Others had less serious symptoms.

"That line was very tricky to triage and it was a judgment call for crews on scene."

Chapin always made the right call. She says not one of her patients died.

"The Lord shielded me," she said. "I feel very blessed."

When it was time for Chapin and other volunteers to return home, hundreds of first responders lined the streets near MetLife Stadium to say thank you.

"It was very unique and meant a lot to us for sure," said Chapin. "We felt the magnitude of that support and magnitude of honor and blessing. The state of New Jersey completely bathed us in gratitude every step of the way."

RELATED: 'This is the worst hunger crisis of my career and my lifetime': Oregon Food Bank sees huge spike in need