When employees heard Friday morning that Tania Culver Humphrey was outside, they gathered in a spontaneous rally of caring and compassion. 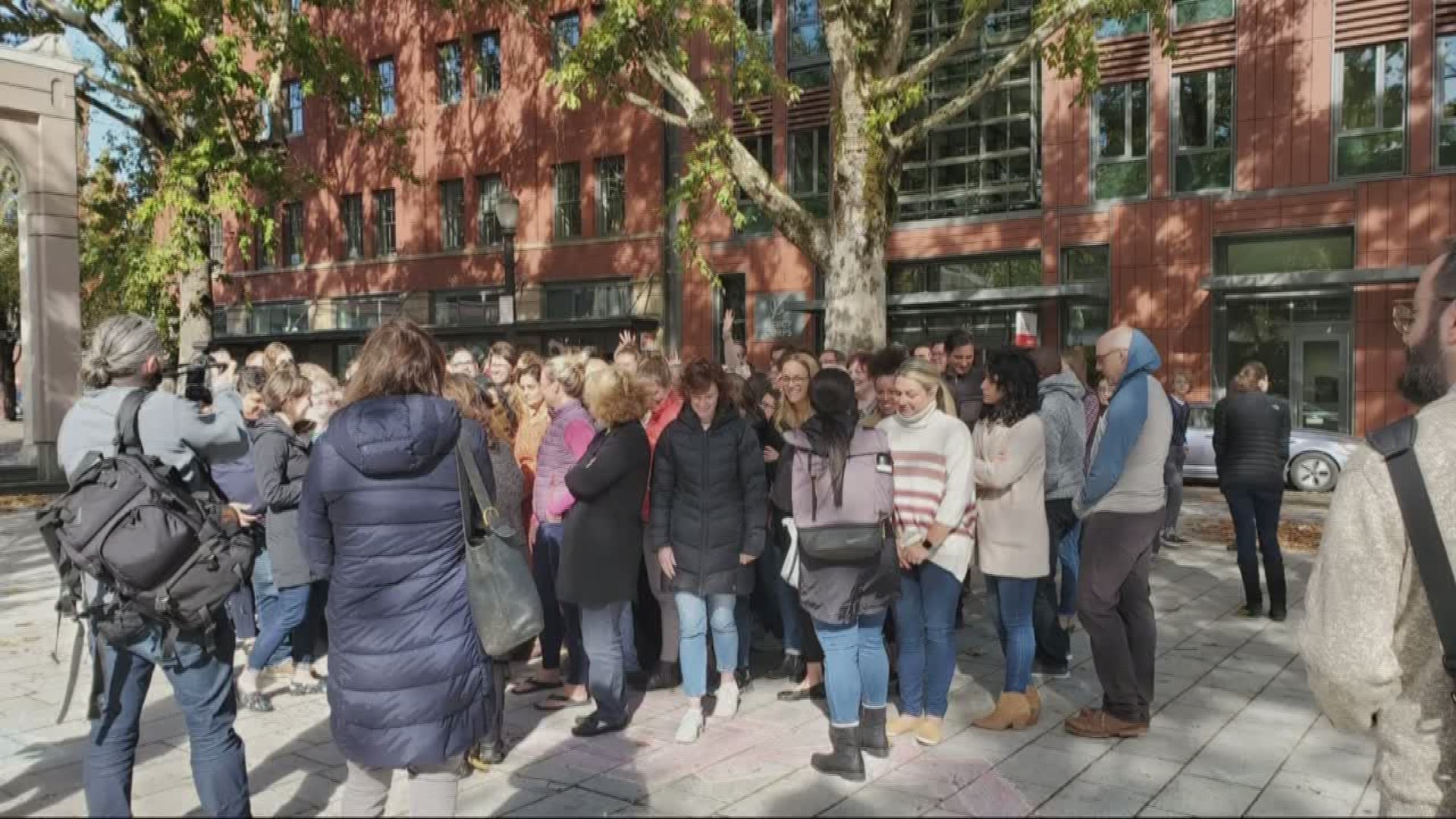 PORTLAND, Ore — Late Friday morning, dozens of workers at Mercy Corps' world headquarters in Portland left their offices to embrace a woman most had never met.

Her name is Tania Culver Humphrey and she is the daughter of Mercy Corps co-founder Ellsworth Culver, who sexually abused her for decades.

The Oregonian broke the story of her abuse this week, and reported that three of her father's friends on the board reviewed her complaint 25 years ago and decided there was not enough evidence to take action.

But the story certainly did.

Employees inside the Mercy Corps building staged a rebellion Thursday, cramming onto the building's fourth floor and demanding that CEO Neal Keny-Guyer resign immediately. He did by the end of the day.

“Yes, that was absolutely necessary and it is just the start, but yes, very important start,” said employee Elizabeth Palumbo.

Palumbo said employees are continuing to demand changes to the Mercy Corps board and top management to bring in more diversity.

When employees heard Friday morning that Tania was outside, they gathered in a spontaneous rally of caring and compassion.

“I, along with all my colleagues, are just completely honored and humbled that she came out here. And we all believe she is completely courageous and just admire her so much for coming out and telling her story,” said employee Tesia Eisenberg.

Ignored and dismissed for decades, Tania Culver Humphrey is now welcomed and believed.

“Yeah, it’s pretty powerful to me. I didn’t expect that. And I don’t really even know how to process that. My experience has not been so much belief and that much support,” Culver Humphrey said.