A Northeast Portland home was the location of a national TV show this week. 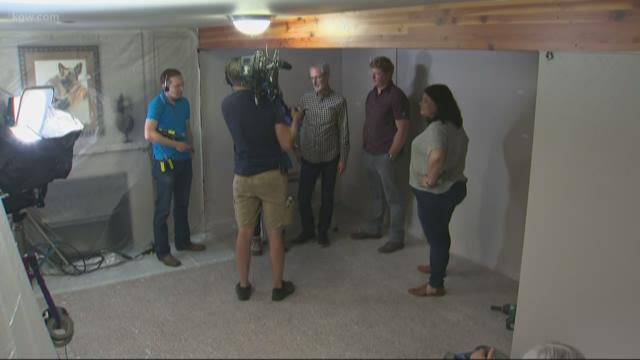 PORTLAND, Ore. -- A Northeast Portland home was the location of a national TV show this week.

The show is called Ask This Old House.

It's a cousin of the long-time home improvement show This Old House.

The focus of the episode was how to get your home ready for the "Big One," a major earthquake that scientists say could happen in the Pacific Northwest at any time.

We were allowed to go "behind-the scenes" as crews shot the episode.

Host Kevin O'Connor followed Northwest Seismic through its process of securing the home to its foundation.

"We... like to go to places that have sort of these idiosyncratic problems and with the Pacific Northwest and its recent declaration of earthquake hazard, it seemed like a really good idea to come here and tell the story," said O'Connor.

Victoria Boredelon is the home's owner and longtime This Old House fan.

She had written the show back in May with the idea of doing a segment on seismic retrofitting, but she admitted she never thought it would actually happen.

"We got a call in May and it popped up on the caller ID and I looked at it and it said This Old House and I thought that's ridiculous," she recalled.

In addition to work inside the home, Northwest Seismic also demonstrated how to install an earthquake-activated gas shut off valve outside the home.

The episode is expected to air sometime between October and December.