'I got three inches of water in my lower living room. It was three feet yesterday'

Saturday was the first day the water went down and the extent of the destruction along the Umatilla River in Eastern Oregon started to reveal itself. 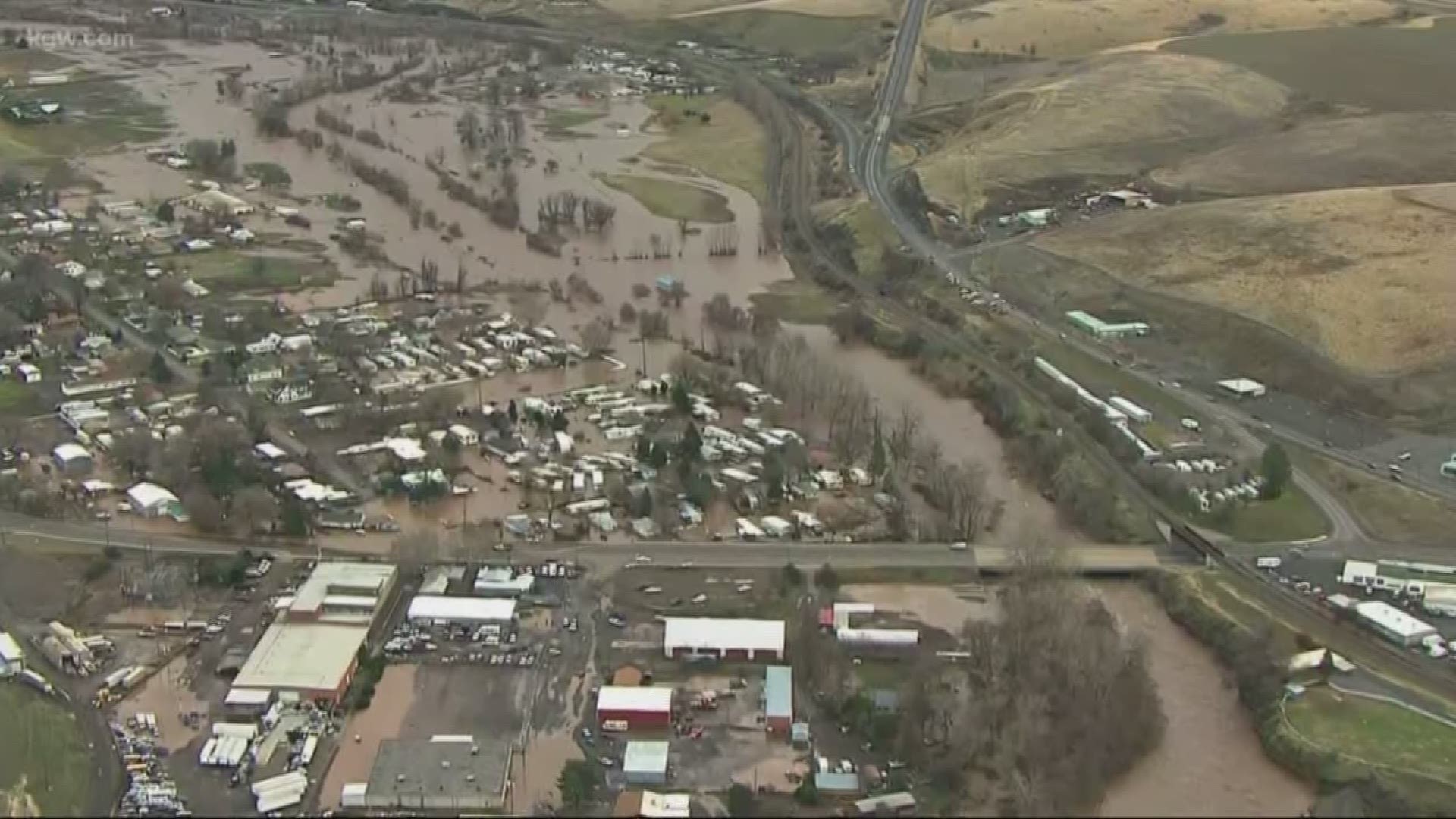 PENDLETON, Ore. — Saturday was the first day the water went down and the extent of the destruction along the Umatilla River in Eastern Oregon started to reveal itself. The people affected will likely need a lot of help to put their lives and their homes back together.

“Come down the hall here,” said Misty Ross, as she led across the muddy-soaked rug in the living room of her flooded out mobile home.

In the bedroom, she lifted a blanket to show both the boxspring and mattress were soaked with flood water. A lower dresser drawer with a plastic basket still held the water. She lost most of her belongings to the flood waters.

Here's where to report flood damage to get state/federal assistance

She is one of many in Riverview Mobile Estates just coming to grips with what happened -- a historic flood along the Umatilla River triggered by heavy snowfall and fast melting.

About 35 miles to the west, in the small town of Stanfield, Roger Ables is amazed at how fast and how far the water came up. He’s lived in Stanfield for 22 years.

“Never seen it, never come up in our property at all,” he said.

He’s still waiting for the water to go down.

“I got three inches of water in my lower living room. It was three feet yesterday,” he said.

Six miles of Interstate 84 remains closed and will likely be for some time. Raging flood waters undercut large parts of the interstate near Hermiston, leaving pavement collapsed in some areas and without support in others.

Back in Pendleton, Rick LeGore was pushing up a fence when he noticed a cracking down and saw the base of his big tree bulging.

“I have to get my sister out of the house!” LeGore said running through the gate.

At that moment the tree gave out a loud crack and fell on his roof. Fortunately, the structure held and no one was hurt.

Credit: KGW
Tree falls on house after flooding in Pendleton

Homeowners like LeGore have a ton of work on their hands.

“The water was over the fence,” he said.

His home is two blocks away from the river. Now that the water is down, some friends and family are showing up to help.

Connor Ferguson and his family traveled from Walla Walla, Washington to help out his aunt, who has a mobile that was damaged.

“Its about as bad as I thought it was going to be. Just thankful that it’s not worse,” Ferguson said.