Ammon Bundy: 'We had no ill intent in what we were doing'

Ammon Bundy said he was confident that he and his co-defendants would be acquitted of all charges in the armed takeover of the Malheur National Wildlife Refuge. 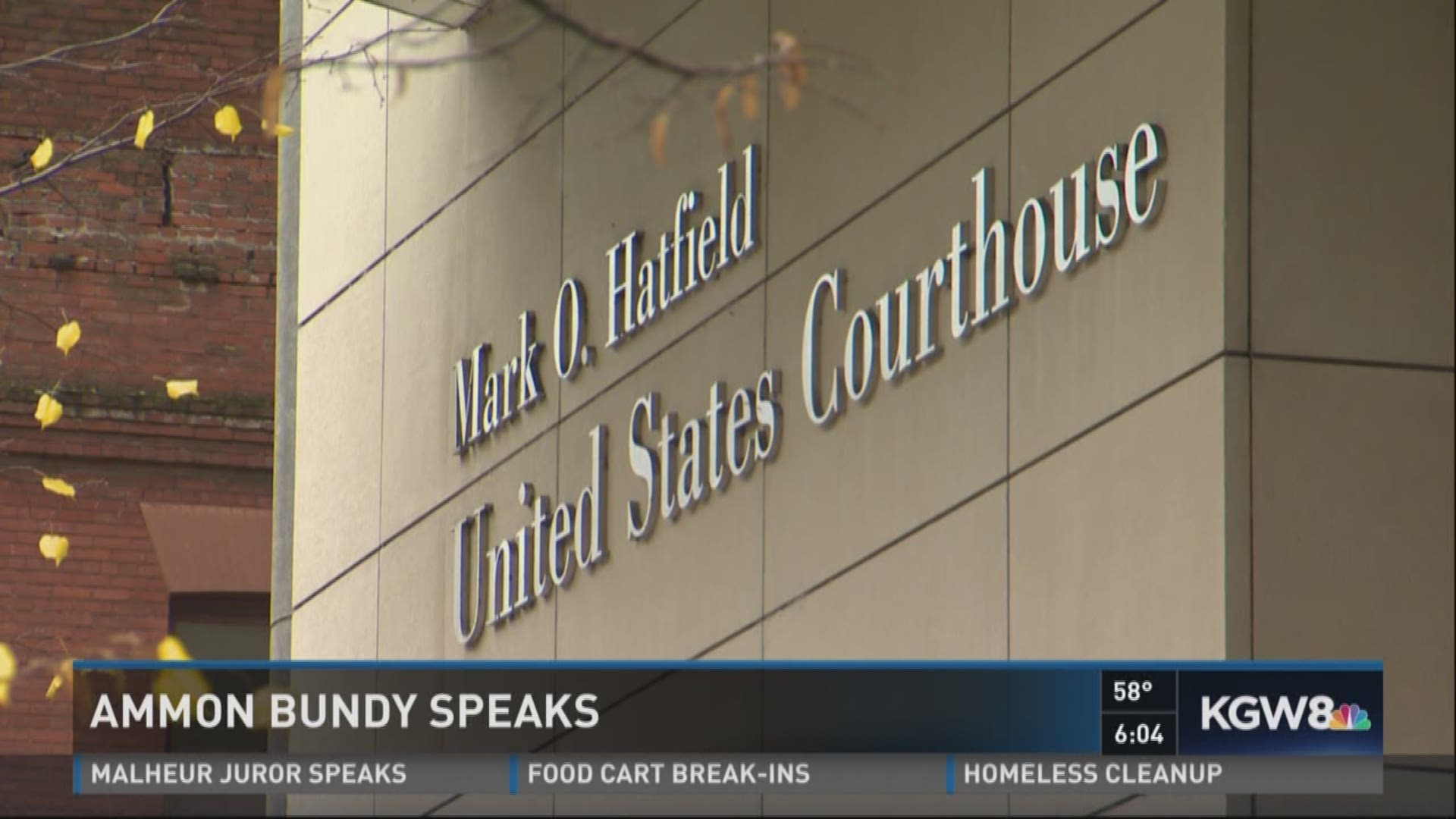 PORTLAND, Ore. -- Ammon Bundy said he was confident that he and his co-defendants would be acquitted of all charges in the armed takeover of the Malheur National Wildlife Refuge.

In a conversation with KGW from the Multnomah County Detention Center, Bundy said, “We felt all along that this is the verdict that we would get. We had no ill intent in what we were doing.”

Bundy said that maybe he was naïve, but he trusted the jury to listen to the facts of the government's case and make the right decision.

“We believed that once the jury saw the truth, that saw the true story and not what the media was spinning, they would come forth with that verdict,” he said.

Bundy reiterated that there was no conspiracy to take over the refuge and keep federal employees from doing their jobs, and said he and others have a duty to push back on a government that he says is intent on trampling individual rights.

Even though Bundy was confident of a not guilty verdict, he and his family were ready for him to be convicted and go to prison, he said.

"We are prepared to do what it takes to defend our rights and the right of our neighbors,” Bundy said. “And if that means we have to go to prison, then that is what it means.”

ilBundy said the scuffle in the courtroom after the verdict was read, where his attorney was wrestled to the ground by federal marshals and shocked with a Taser after questioning the government's authority to continue to hold his client, is another example of a government that is too powerful.

Bundy said the verdicts will inspire others to take up similar protests against the government, and pointed to the demonstration in North Dakota against a proposed oil pipeline as one example.

“I think we have one going on right now (in North Dakota),” said Bundy. “It’s the federal government violating their treaties.”

Bundy faces more charges in his home state of Nevada, and is expected to be transferred there soon for trial. He says he has not decided whether he will again be represented by Marcus Mumford, whose efforts helped win him the acquittal last week.

Bundy's attorney tackled by US Marshals during heated argument with judge