First responders say the vast majority of deaths can be prevented by wearing a life vest. 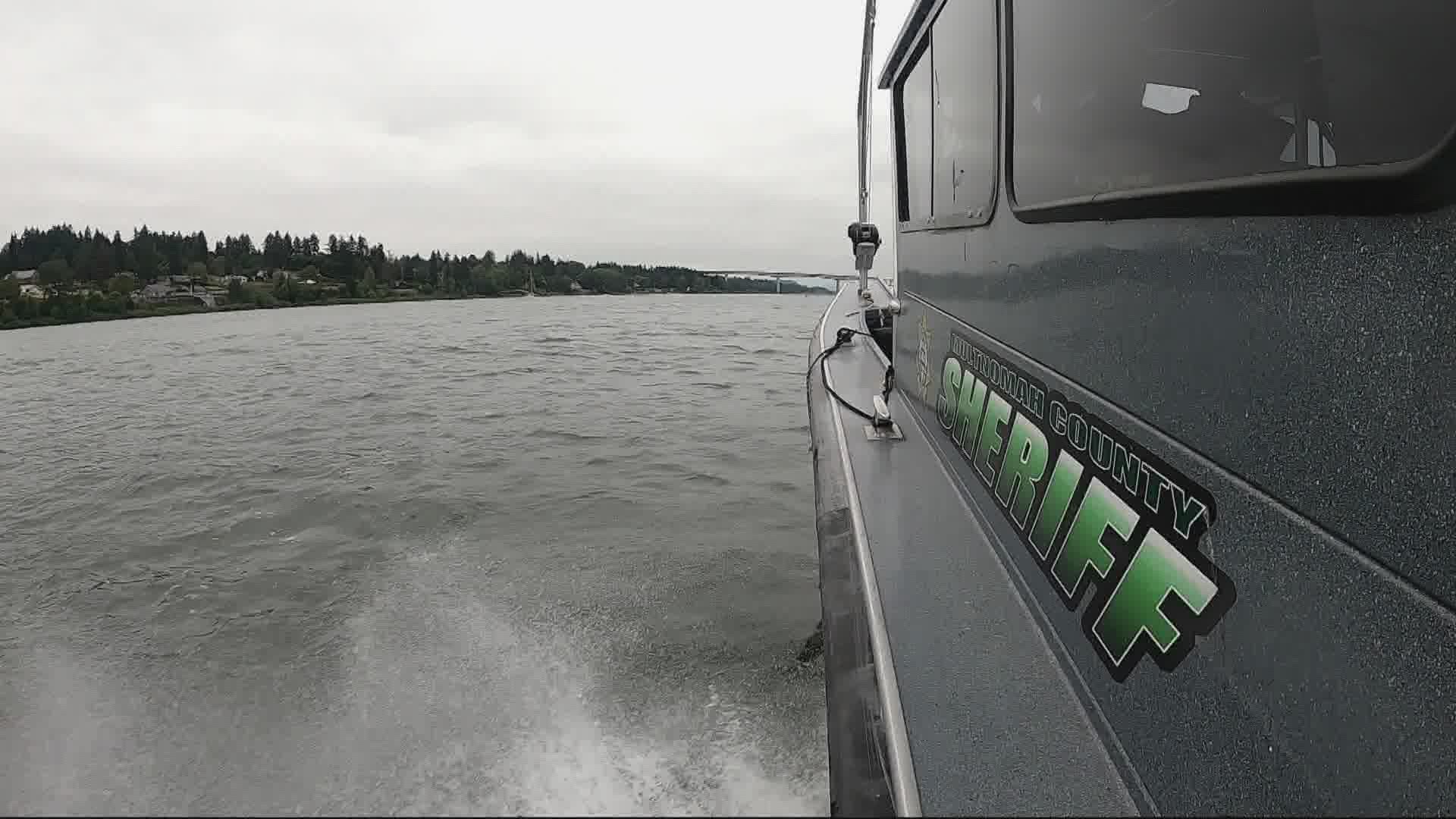 PORTLAND, Ore. — Recent trips out on the water to escape the heat turned deadly for six people in the Portland metro area in the past three weeks.

Local officials say it was partly because of the pandemic.

Even a gray Pacific Northwest morning didn't keep people away from the Columbia River on Wednesday. Now imagine the crowds on a hot summer day like the ones we've had recently.

The pandemic pushed people outside in droves since they couldn't do much else. Many are new to water sports, which we've seen can be deadly.

First responders are seeing more swimmers drown in the metro area, and elsewhere throughout the state.

In addition the recent drownings, the Oregon Marine Board says another six people died in boating-related incidents in Oregon's rivers, lakes and bays this year.

Sgt. Stephen Dangler with the Multnomah County Sheriff's Office says any boat over 16 feet is required to have some type of throwable device on board.

They also need to have a throw bag to rescue anyone in the water, and everyone on board is required to wear a life vest. If you're anywhere near a natural body of water and not on a boat, you should also be wearing a life vest.

"Gear in and around waterways is absolutely imperative," Sgt. Dangler said. "Anything you can use to help keep afloat until a rescuer gets there is just absolutely important. Especially if you are not a comfortable swimmer and you're not aware of the hazards in and around our waterways when it comes to the current and cold weather and cold water."

"We say reach, throw, don't go. Try to offer them a hand but don't put yourself in a precarious situation outside your comfort level," Bonneville Lock & Dam Park Ranger Tessa Rough added.

Rough and Dangler caution people to know their own abilities and expect the unexpected, especially in bodies of water with steep drop-offs.

"Swim with others, never swim alone. Don't go beyond your limitations, don't exceed your comfort level in or around the water," Sgt. Dangler said.

Rough says the recent heat melted the snow pack into the Columbia River and other bodies of water, creating more turbid water and less visibility.

"Going from hot temperatures into cold water you can get into shock and not respond as quickly as you're normally going to," Rough added.

"We arrive on scenes a lot of the time knowing that this rescue is probably going to turn out to be a recovery mission," Sgt. Dangler said. "It's extremely difficult. Some are worse than others."

But first responders say the vast majority of deaths can be prevented by wearing a life vest.

"We want to make sure everyone goes home at the end of the day," Rough said.