Their behavior includes some things scientists described as "crazy", such as swimming upside down, doing headstands underwater and even playing tag. 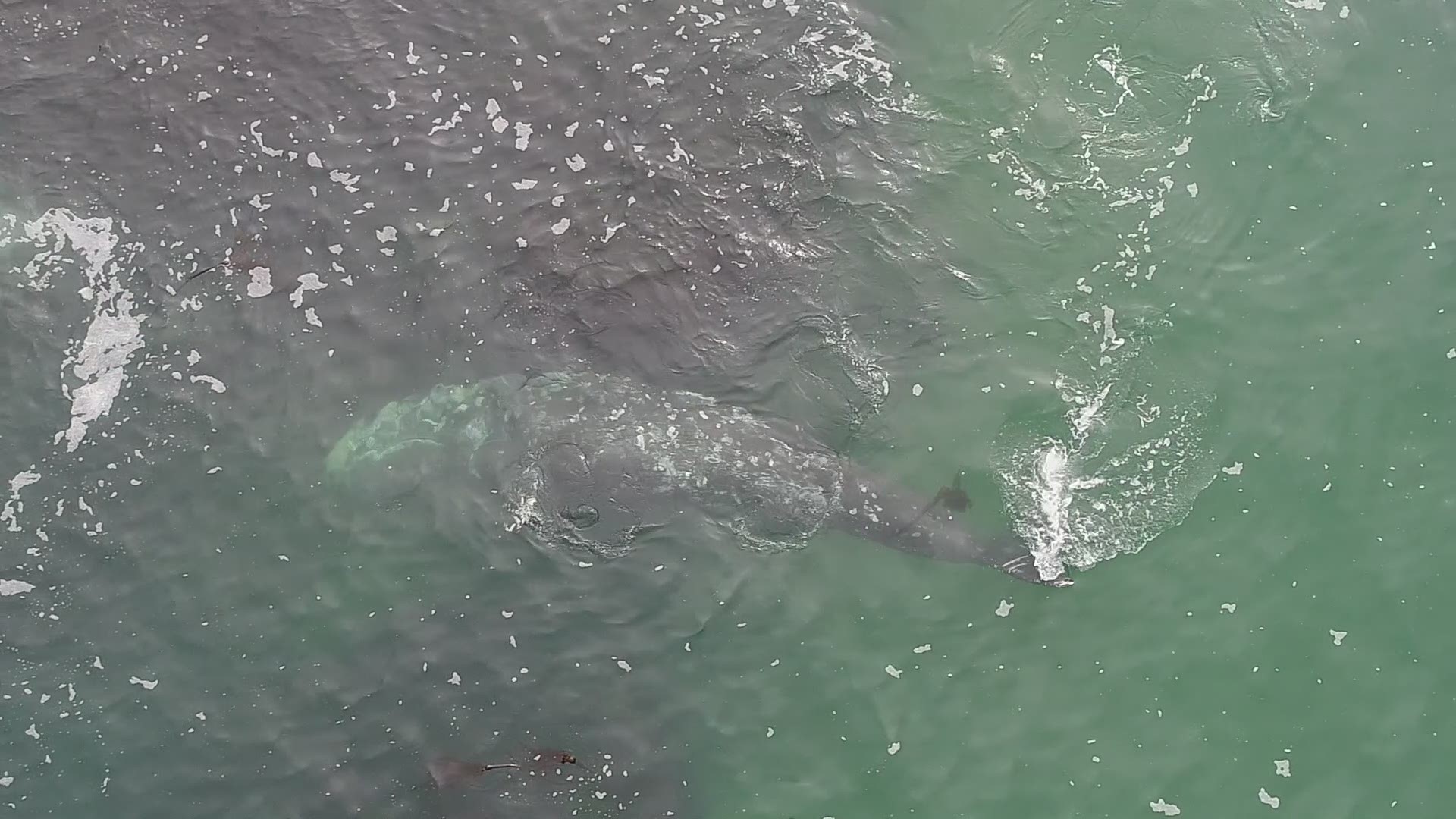 NEWPORT, Ore. — Drones are giving scientists at Oregon State University a new perspective as they study the behavior of gray whales.

“Initially we began using drones to observe the whales’ physical conditions,” said Leigh Torres with OSU’s Marine Mammal Institute. “But soon we discovered that the drones can also provide us with amazing new insights into the whales’ behavior without disturbing them in the process.”

That behavior includes some things scientists described as “crazy”, such as swimming upside down, doing headstands underwater and even playing tag.

OSU researchers studied gray whales from boats and permitted drones at 53 different locations over a six-month period. Torres said the drones improved their ability to study the whales because of the viewing angle and the ability to watch whales for longer periods of time.

“We only see maybe 10 percent of a whale’s life while it is at the surface,” said Torres. “With the drone, we can observe for much longer periods and detect new behaviors, such as what we are calling ‘headstands,’ where the whale is poking its head and mouth into reefs, crevices and substrates to feed.”

Researchers also observed the whales swimming upside down for up to three minutes at a time. They hypothesized, Torres said, that doing so helps them focus better with their eyes.

The results of the whale study were reported this week in the journal Frontiers in Marine Science.