Home surveillance video clearly showed a driver trying to run over three young men with his truck in Northeast Portland near Wilkes Park. 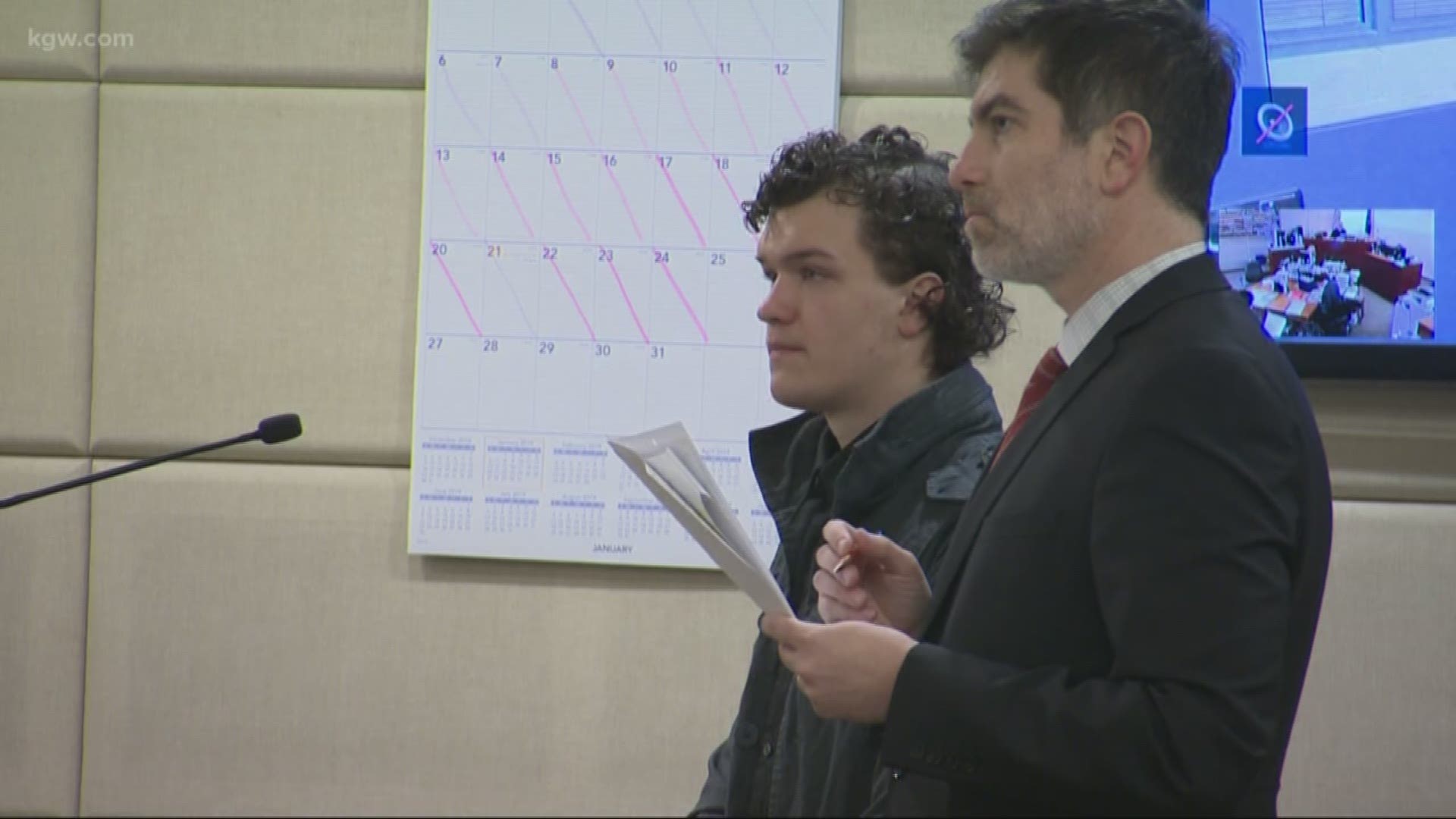 PORTLAND, Ore. — A driver who ran down three people with his truck in Northeast Portland last year will spend three years in prison.

Austin Keever-Nyberg, 22, changed his plea to guilty on Friday and was convicted of one count of first-degree attempted assault.

Police began investigating Keever-Nyberg after home surveillance video released to the media on Jan. 10, 2019 clearly showed a driver trying to run over three young men with his truck in Northeast Portland near Wilkes Park.

The driver hit at least two of the young men, but the extent of their injuries, if any, were unknown.

Investigators used the truck’s license plate to track down Keever-Nyberg. He was arrested on Jan. 23, 2019.

According to the Multnomah County District Attorney’s Office, Keever-Nyberg told detectives that the young men he tried to run down had robbed him moments earlier during a drug deal.

None of the three men came forward during the investigation, investigators said.

Keever-Nyberg was sentenced to three years in prison followed by three years of post-prison supervision.

RELATED: Watch: 3 people flee for their lives as truck driver runs them down in Portland