As of Saturday morning, police are still searching for a male suspect and a female accomplice in connection to the incident. 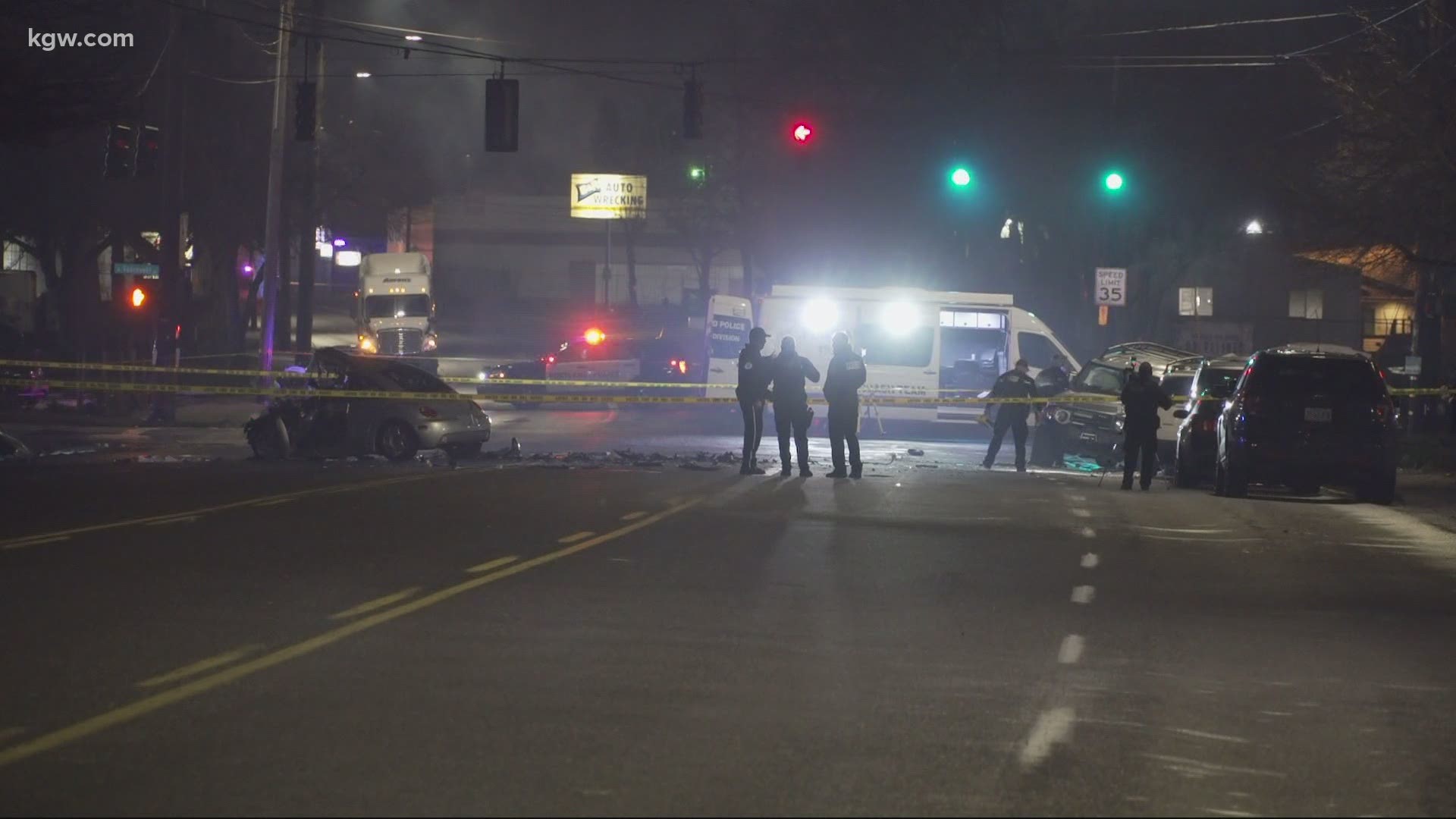 PORTLAND, Ore — A driver caused a deadly head-on crash in North Portland, then ran away on foot and shot someone who tried to stop him, according to the Portland Police Bureau (PPB).

The scene unfolded about 5:25 p.m. Thursday at North Columbia Boulevard and Vancouver Avenue.

Police said they initially got a call about a two-car crash. As they drove to the accident site, they heard that a person was shooting a gun.

PPB identified the shooter as a male suspect who had been driving an SUV when he caused the crash.

The suspect got out of the vehicle and ran away with a female passenger, police said. As bystanders tried to stop him, he shot one of them in the arm.

The other driver, identified as Charles Patton, 43, of Portland, was transported to a hospital where he later died of his injuries.

The suspect and his female accomplice have not been located as of Saturday morning.

The shooting victim was taken to a hospital for treatment but is expected to be okay.

Columbia Boulevard was closed in both directions at Vancouver Avenue as police investigated the incident.

Anyone with information about this case is asked to contact PPB about case 21-25722. Crime Stoppers is offering a cash reward for any information that leads to an arrest.

RELATED: Two brothers-in-law gunned down in spate of January shootings in Portland

RELATED: Suspect in spree of Portland hit-and-runs pleads not guilty