Kidnapping victim dies, suspect arrested after shootout with police on Highway 214 near Silverton

The DA's office said the three involved officers were justified in using deadly force against the suspect, and said none of their bullets struck him or the victim. 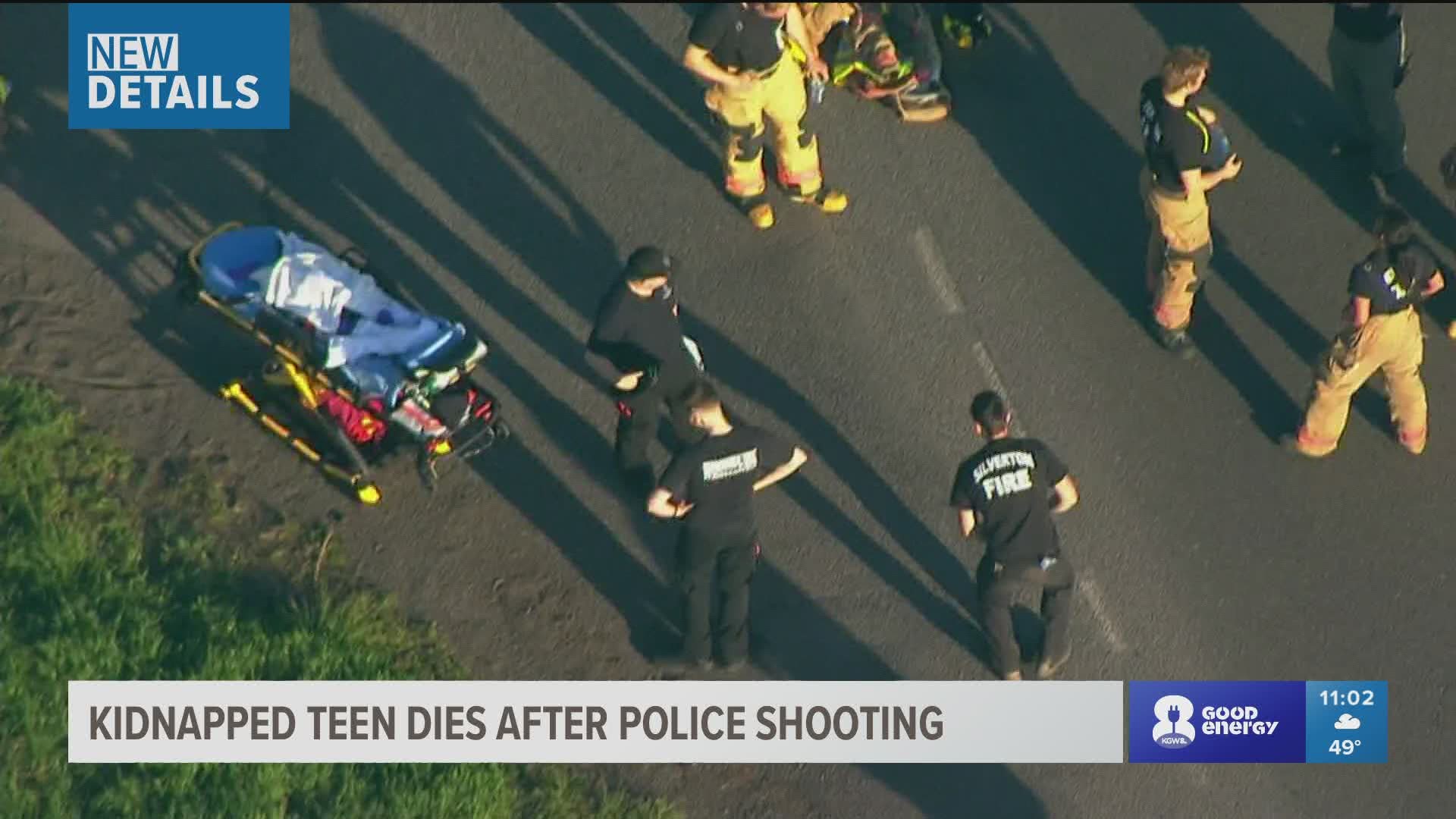 SILVERTON, Ore. — A kidnapping suspect was taken into custody following a chase and a shootout with police on Highway 214 near Silverton on May 12, according to the Marion County Sheriff's Office (MCSO).

His 17-year-old female passenger, identified as Molly Taylor, was injured and taken to a hospital with life-threatening injuries. On May 19, OSP reported that she died at a hospital.

Police said the crime spree began around 4:45 p.m., when police responded to a reported disturbance at a home in Gervais. Officers found 22-year-old Arik Reed, who had been shot. Medics took Reed to a hospital. His condition is unknown.

Officers learned that Peden kidnapped a 17-year-old girl from the home and left in a Ford F-150 pickup, OSP said. Officers broadcast that information to all authorities in Marion County.

A short time later, a Marion County sheriff's deputy located Peden and his victim in the pickup truck and began chasing Peden through Silverton. Authorities said multiple gunshots were fired at police during the pursuit.

Peden eventually stopped on Highway 214 near Forest Ridge Road, about three miles southeast of Silverton, and there was a shootout with police before Peden was detained, authorities said. Multiple police cars were hit by bullets, but no officers were injured.

Taylor was flown to a hospital by a Life Flight helicopter.

The two Silverton officers and one sheriff's deputy who were involved have been placed on administrative leave, which is standard protocol.

On May 20, the Marion County District Attorney's Office announced they were justified in using deadly force against Peden and said none of their bullets struck Peden or Taylor.

OSP is leading the investigation.