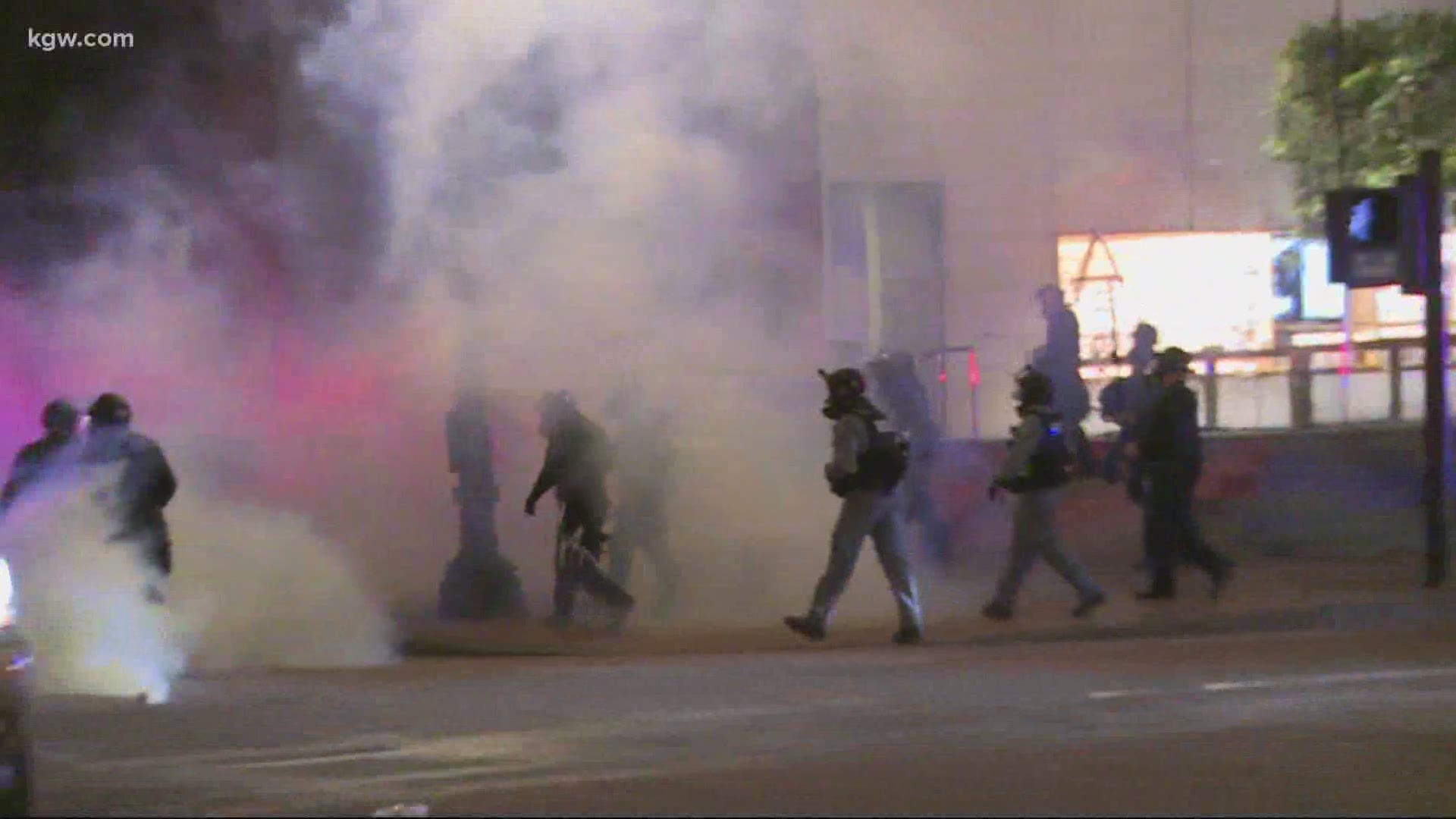 PORTLAND, Ore. — Authorities say downtown businesses in Portland, Oregon, have sustained about $23 million in damages and lost customers because of violent nightly protests that have wracked the city.

At a police briefing Wednesday, Portland Police Bureau's Deputy Chief Chris Davis said the intensity of the violence by an “agitator corps” and the length of the protests are unprecedented in Oregon’s largest city.

"It is really unprecedented in Portland's history. We are now in our sixth week of these events and we're always hopeful that we're winding down," said  Davis. "We've never seen this intensity of violent, focused criminal activity over this long of a period of time."

Protesters have demonstrated for 41 consecutive nights following the police killing of George Floyd in Minneapolis, and they are increasingly focusing their actions on federal properties. Authorities have declared riots several times and used tear gas to disperse demonstrators.

RELATED: Mental health should be part of police reform debate, urged family of Salem man shot and killed by police