Nearly 400 people in Washington County were without power while damage from a brush fire was repaired; the highway was reopened 8:30 p.m. 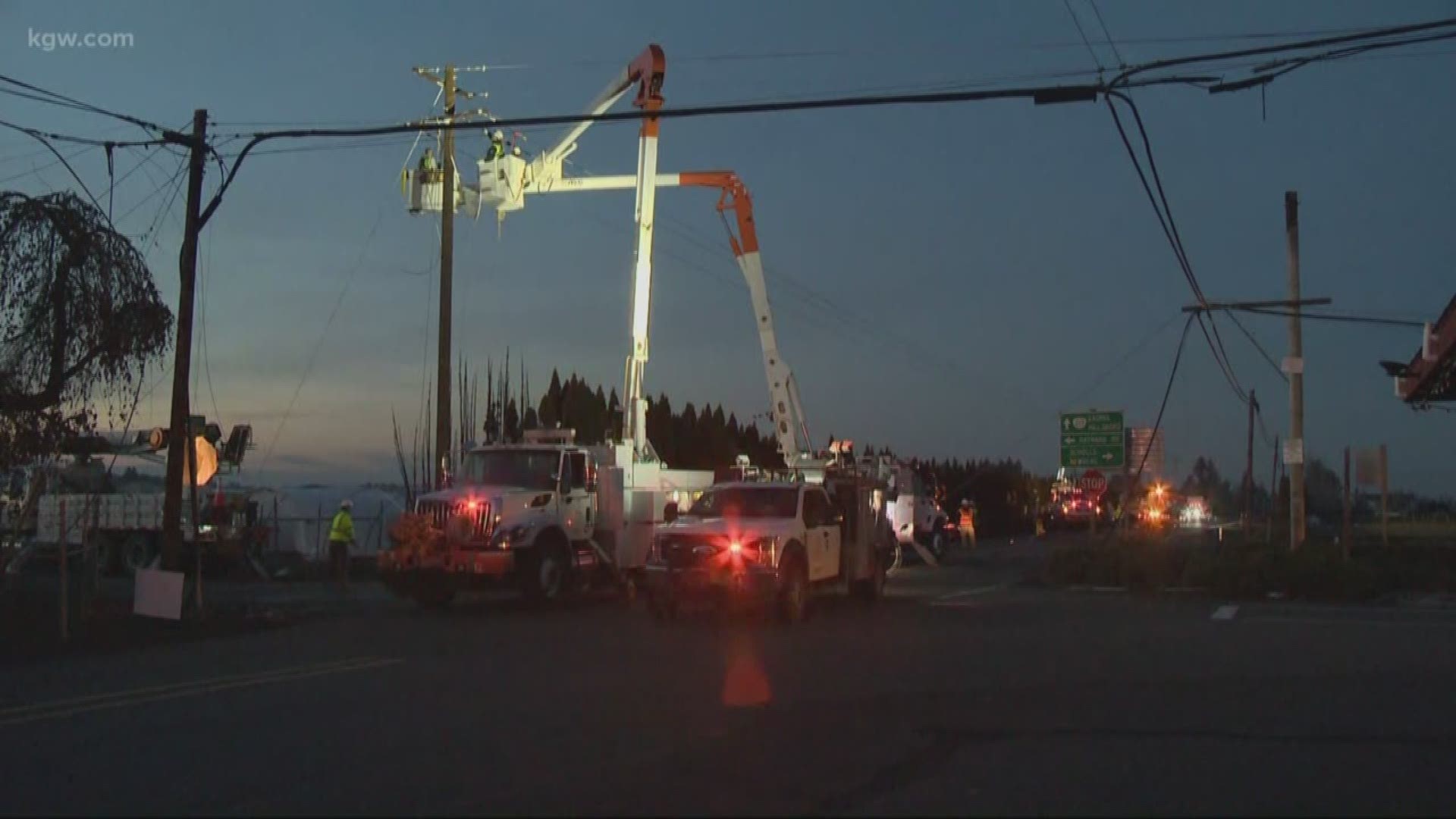 Crews from Tualatin Valley Fire & Rescue were called to the intersection of HIllsboro Highway and Midway Road just before noon Saturday.

They said down power lines sparked a small brush fire.

After the fire was put out, Portland General Electric (PGE) crews worked into the evening  to restore power.

PGE reported that nearly 400 people lost power in the area for several hours due to the incident.

The Washington County Sheriff’s Office helped with a detour while the highway was closed.

As of 8:30 p.m. traffic was being allowed through once again, with the help of flaggers.