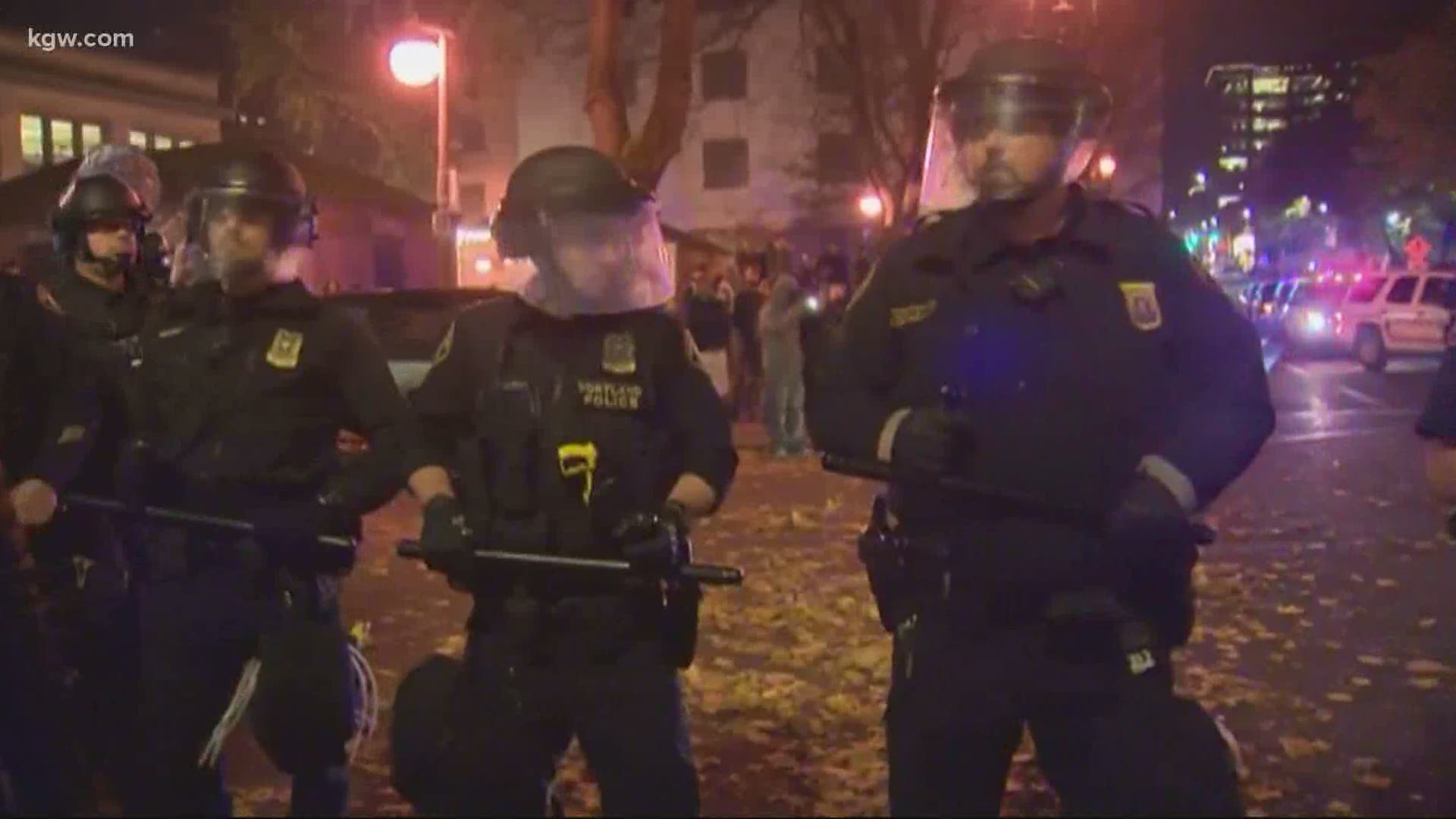 PORTLAND, Ore — Portland’s current system of police oversight is called the Independent Police Review and it's part of the city auditor’s office. It started in 2001.

“In the bizarre structure of city government that we have in Portland. A lot of the accountability stuff goes under the auditor’s office. So, we report to the city auditor, who is an elected official. We don’t report to the mayor, who the police bureau reports to, so we are sectioned off in that way,” said Director Ross Caldwell.

If you have a complaint or a compliment for a Portland police officer, you file it at their website.

When big protests break out in Portland, there is often interaction with police, and then complaints from some about how they were treated. The phone calls are already pouring into the IPR office.

“Portland has about 300 protest events a year and a lot of those are very small. These are obviously on the very big end of the spectrum. But that does bring a lot of public interest, a lot of interaction between law enforcement and the public, so that's something we're constantly hearing about,” Caldwell said.

The IPR reviews hundreds of complaints a year from citizens and more from other police officers.

Candace Avalos is the chair of the volunteer group of citizens who review complaints.

“I think the community definitely values the work we do and we have certain community members that tend to engage with our work a lot, and we had a retreat a couple years ago and they specifically mentioned this work is important even though it’s difficult, and we don't always get done what we want to get done. But people appreciate knowing that we are there,” she said.

Here's a deeper look into what happened in 2019 with regards to complaints about police in Portland:

The IPR fielded a total of 408 complaints. 155 were quickly closed because they obviously had no merit.

The IPR staff investigated 92 of the cases.

Another 76 got a precinct referral, meaning it did not involve misconduct but the precinct commander is notified and can follow up with the person who complained.

Seventy-five got supervisory investigation, which means the officer is not disciplined but the precinct commander is notified they need more coaching and the community member wants to talk to the boss.

On top of that, other officers filed complaints against their fellow cops 69 times. And 50 were investigated.

Of the most serious cases in 2019, 32 were sent to the chief for discipline.

Of those, 13 got command counseling, nine received a letter of reprimand, six got one- or two-day suspensions without pay, three were suspended more than a week without pay and five resigned or retired before the final disciplinary ruling.

The Citizen Review Committee wants to hear from the public about their interactions with police during the current protests and has posted a survey on their web page asking for comments. You can find it here.