The man watching the dog at the time found her 15 feet in a tree with a cougar. The cougar ran off after he shot at it with a rifle. 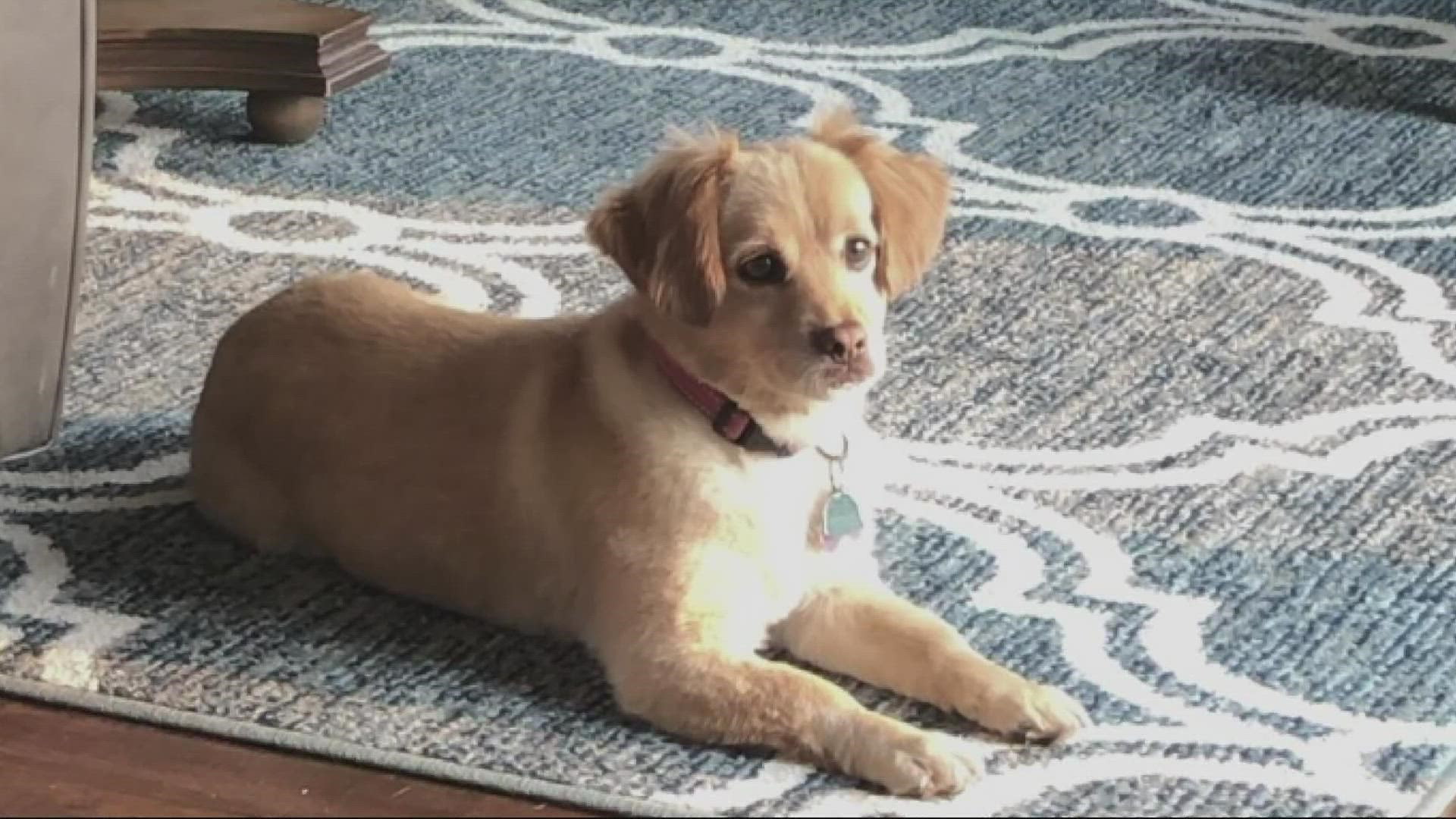 LEBANON, Ore — A dog in Lebanon, Oregon, is recovering after it was attacked by a cougar on Wednesday.

Six-year-old Molly was staying with a friend, Steven Weintraub, when the incident happened.

"We kind of share Molly back and forth, joint custody if you will," Weintraub said. Molly's owners refer to Weintraub's house as Molly's "vacation home," but this visit was not much of a relaxing trip.

Weintraub was watching another friend's dog at the time as well. The other dog first alerted him that Molly was in trouble.

"[The dog] comes running over kind of funny, and I thought she was looking for Molly or something. I didn't think too much of it, and I hear something in the background."

Weintraub was using an electric blower at the time. When he turned the blower off, he said he could hear Molly screeching in the distance. He ran and found her 15 feet off the ground in a tree — with the cougar.

"Without thinking, I run into the house and get my rifle, because I got to do something here," Weintraub recalled. "I grab three bullets, that's all I see at first, so I put three in the rifle, run over there, and just fire, look up and fire a couple shots at the cougar, and then both of them just fall down out of the tree."

The cougar ran off, but Molly was in rough shape. Weintraub called the pet's owners, the Millers, who rushed the pet to Dove Lewis in Portland.

The Millers said Molly's injuries were mostly limited to her jaw, but she did lose an eye. Molly is recovering at her family's home after surgery earlier this week.