'You need to die slowly': Woman wrongly accused on social media of abandoning dog in Vancouver

Dominique Hofmann has been cruelly criticized after people on social media misidentified her as the woman who appeared to abandon a dog in Vancouver last week. 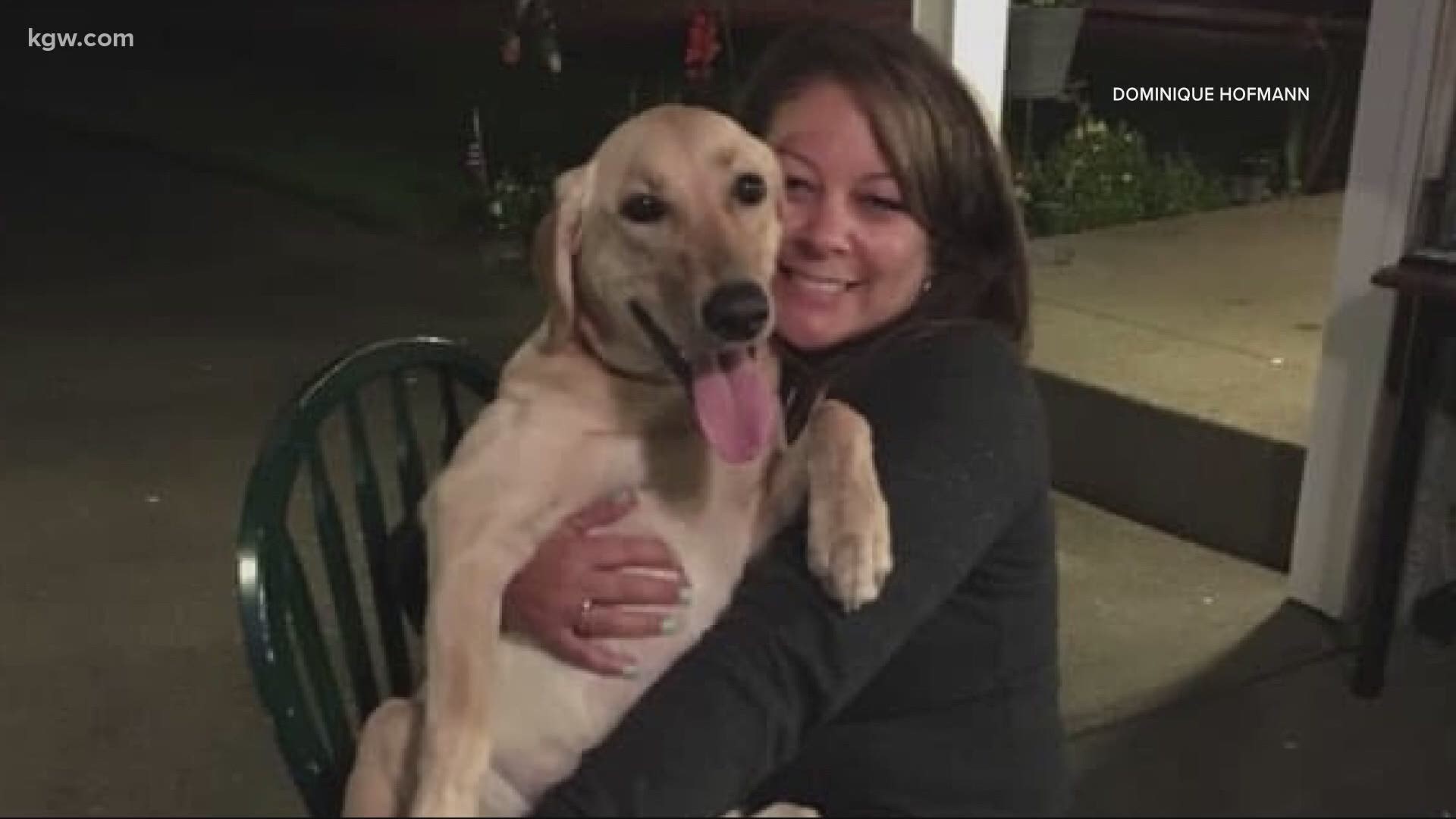 VANCOUVER, Wash. — For many pet owners like Dominique Hofmann, the line can get blurry when it comes to talking about their animals.

"He’s a mama’s boy. This is our third lab that we’ve owned," she said, speaking about her 3-year-old lab, Ridge.

Pets are part of the family after all, and Hofmann wouldn’t have it any other way.

"Like any lab does, they’re very faithful and unconditionally right there by you," she said.

In fact, Hofmann can’t imagine him leaving her side, or her leaving his. Which is why seeing surveillance video from Alyssa Ott’s home last week brings many emotions. The video appears to show a woman abandoning a 13-year-old lab named Henry near a Vancouver park.

"It was Saturday evening and I was getting a bunch of messages in my Facebook messenger," said Hofmann. "It was just message after message after message coming through saying, ‘You are a horrible person.’ Calling me foul names … 'I can’t believe that you’re the woman that abandoned your dog,' and 'I saw you on the news,' and 'You need to die and die slowly.'"

Tame isn’t the word you would use to describe most of the messages Hofmann said she received from people mistaking her for the woman in the video, who drives into a cul-de-sac, gets out of the car and leads the dog, Henry, into the woods before jogging back to her car and driving away.

Hofmann thinks she saved herself a bigger headache by responding to most of the messages and posting a picture of Ridge, showing he was where he usually is - by her side.

"Saying I did not do this to my dog. Here is my dog. He is sleeping right next to my bed."

Frustrated that she had to go through it, but being an animal lover, she’s thankful that Henry is now being cared for at the Southwest Washington Humane Society.

"Yeah, it was not me, I would never do something like that," said Hofmann. "And I’m thankful that the gentleman that sent that [surveillance] video out ended up getting the correct person apprehended."

"It really switched to how blessed I feel, it’s really made me realize how lucky I am," she said.