Distance learning is a challenge. And it gets even busier with four school-age boys and two teacher-parents. 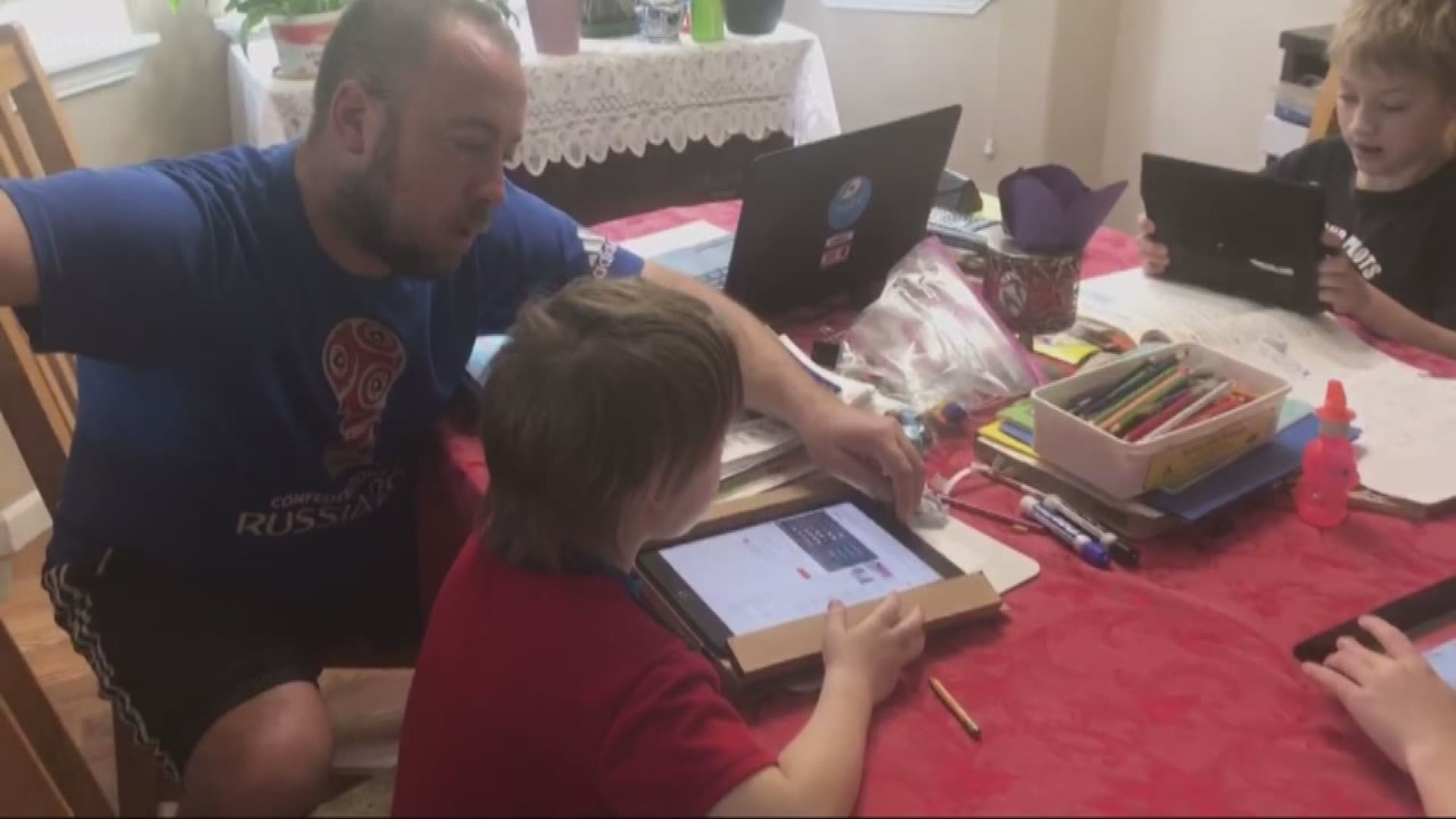 VANCOUVER, Wash. — There is a lot of learning going on inside a house just north of Vancouver. Our neighbors are a family of six, including four boys: a kindergartner, a fourth grader, a sixth grader... And oldest brother Fedya -- a 10th grader at Skyview High School.

Then there's dad Peter, who is a math teacher at Hudson's Bay High School in Vancouver. And Nina, a professor just wrapping up finals for classes she teaches at the University of Portland. It's a busy time.

"It's been different, we’ve got a lot of work every day, the schedule’s a little bit odd at times," said Peter.

I've known the Henrichs-Tarasenkovy family for more than a decade. As their family has grown, they've gotten busier.  And now with the distance learning, it's a pretty crazy stay-at-home life. Nina says the two older boys do well on their own.

"But with the younger two we have to be on them all the time and if you assign them work and don’t supervise, they’re off doing their own stuff," said Nina.

Fedya helps out a lot. He runs an hour long PE Class every day that helps his brothers Misha, Sasha and Petya burn some energy. It gives Peter and Nina a break too; distance teaching is tough. Flexibility has been key, but Nina misses the in-person connection.

"I need feedback, I need people to look back at me and tell me with their eyes whether they understand, whether they care or not," said Nina.

And for Peter, getting all high-schoolers to show up online is the first challenge.

"The engagement level for my students hasn’t been great, those who are engaged are doing well, and some are slowly starting to turn things on," said Peter.

For 10th grader Fedya, concentrating at home is not always a slam dunk, thanks to his younger brothers.

"They like to run around inside and they’re really loud so when I’m trying to write an essay or take an online test I can’t focus at all, it takes me about twice the amount of time as it’s supposed to," said Fedya.

But with about seven weeks of distance learning to go in the Vancouver School District, this family will stick together, seeing the silver lining.

"Not being home was challenging for me, and now that we are, it's been great. I'm finally getting to know my kids and my husband," said Nina.

"We’ve had a lot of great quality time with family together. it’s been really nice so it’s been a blessing that I don’t think we expected, but just learning to be family again which has been cool, very cool," said Peter.