The Diane Wade house is an Afrocentric transitional housing program that will not only give women a place to stay but provide mentoring and life-skills programs. 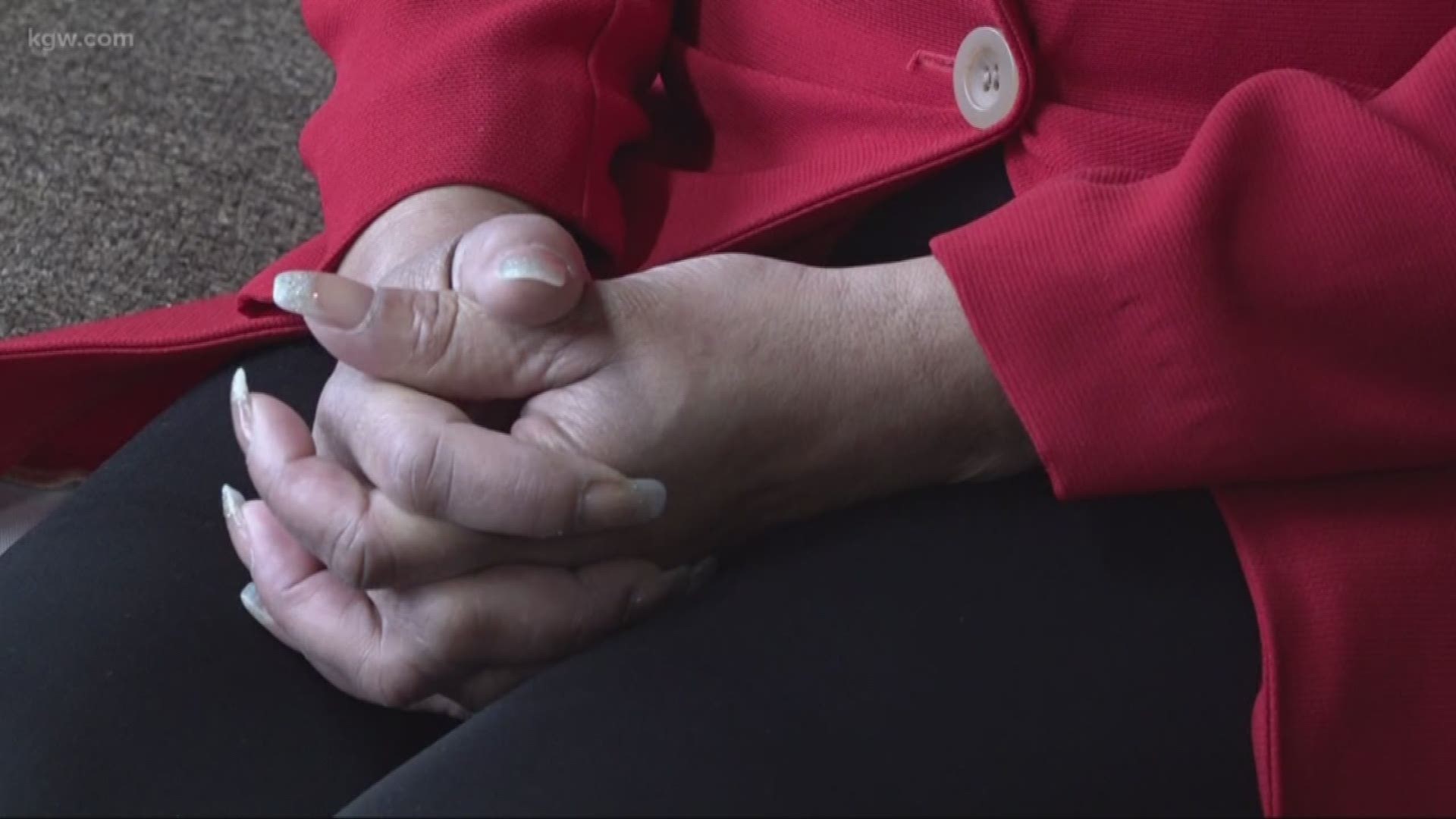 PORTLAND, Ore. — A first-of-its-kind transition home for women in Multnomah County is ready to help build a better future for women in the criminal justice system. It is part of the county’s efforts to address the disproportionate number of people of color in the jail system.

“I do this job with my soul, my entire soul,” NeCola Henderson said.

Henderson is part of a group of women who’ll work at the Diane Wade House, helping those in the criminal justice system find hope and a second chance.

“I really enjoy working with the women and the women love me as well because they know my struggle,” she said,

More than a decade ago Henderson says she was an addict living on the streets. She had been incarcerated and her children were taken away.

“For 22 and a half years was addicted to crack cocaine and I lived at a bus stop my last four years of my addiction,” she said.

Henderson thought she was alone until someone gave her a helping hand and hope. Now she herself is that mentor to others.

Since getting clean, she has spent the last ten years helping other women navigate the Department of Health Services system to be reunited with their children. Now, she is bringing that passion for helping others find their footing to the Diane Wade House.

The Diane Wade house is an Afrocentric transitional housing program that will not only give women a place to stay but provide mentoring and life-skills programs that are specific to women of color.

Diane Wade was a Multnomah County parole and probation officer. She was a leader in the African American community and best known for her advocacy and passion for justice-involved women.

The women who are part of the Diane Wade team say her leadership, caring and understanding, are what make this possible.

“What this house means for us – it’s so much deeper than you can understand,” team member O’Nesha Cochran said.

Wade worked with adults in Multnomah County from May 1999 until she passed away in October 2010. She touched countless lives, including those of many of the women who will now work at her namesake facility.

“She always spoke hope into us and she always took our bad behavior and show us how we can turn it into transferable skills,” Cochran said.

A 2016 report shows that jail use in Multnomah County disproportionately affects people of color. African Americans are six times more likely than Whites to be in jail, despite accounting for just 6 percent of the county’s population, according to Multnomah County Officials.

“Being able to see my mom's hope and want and passion for other black women, and other people in general, being embodied in a building or in a program like this has been absolutely amazing,” Loane said.

Within the walls of the new facility lives Wade’s spirit and her passion for helping others -- not only to make it through but to thrive.

“The woman that everybody knows, loves and admires – it was a journey for her to get there,” Loane said, “So, knowing that these women are going to be able to usher those women into that season and into that journey is just amazing.”

Bridges to Change will operate the program by providing mentoring, case management and life-skills programs. The facility will house 38 women with a goal of reducing over-reliance on jails across the country.

The Diane Wade House was made possible with help from the John D. and Catherine T. MacArthur Foundation though the Safety and Justice Challenge.

Multnomah County received a $2 million grand over two years to support efforts to reduce unnecessary incarceration without compromising public safety, focusing most on those struggling with mental health or addiction issues.