'DHS needs to back off': Supporters rally for Oregon teen who was separated from mom over medical care

Friends say Kylee Dixon’s mother didn’t believe chemotherapy was helping and was using CBD and other holistic treatments to care for her daughter at home. 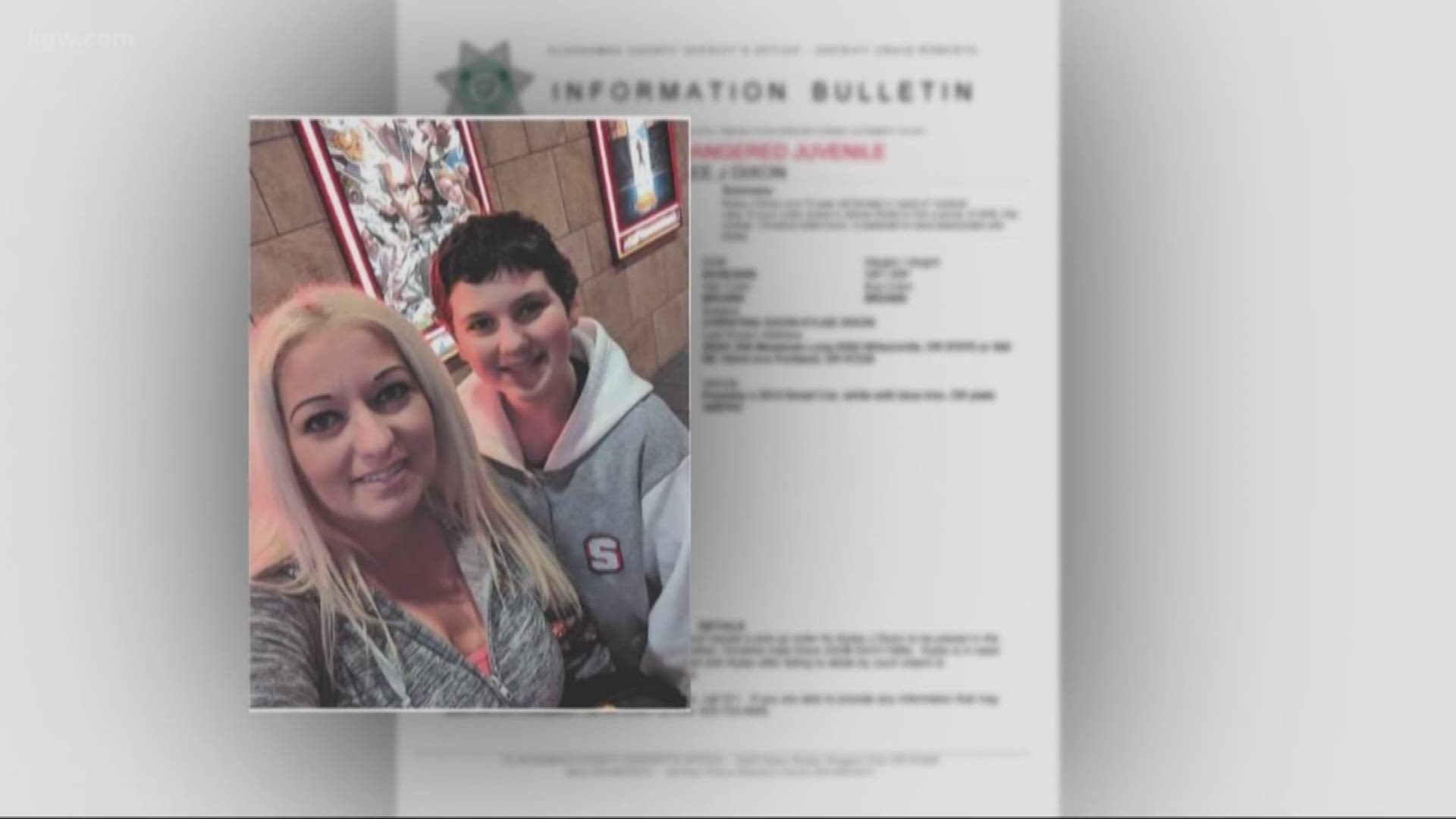 PORTLAND, Ore. — A small group of people gathered at Pioneer Courthouse Square in downtown Portland on Saturday afternoon to show support for a Wilsonville girl who was recently taken into protective custody, so she could receive medical care.

Authorities were searching for 13-year-old Kylee Dixon earlier this week after they said her mother, Christina Dixon, ignored a court order to bring Kylee to the Oregon Department of Human Services for medical care.

The Wilsonville mother and daughter were eventually found in Las Vegas on Thursday. Kylee was taken into Nevada Child Protective Services, which was going to transfer her to the Oregon Department of Human Services.

Friends of the family told KGW that Kylee has cancer. They said Christina didn’t believe chemotherapy was helping Kylee and was using CBD and other holistic treatments to care for her daughter at home.

Problems arose when doctors wanted to take out what was left of the tumor and suggested traditional medical care. That’s when the state intervened.

Organizers said Saturday’s gathering was not a political protest. The people who showed up made their messages clear: Kylee and Christina need to be reunited, and DHS has overstepped its authority.

"DHS needs to back off," said Christina Savinar. "This is a wonderful mother who has done everything for her child. This is not a child that is neglected in any way. And it is because of her mother that she is alive today. I truly believe that."

Savinar said Kylee "was sent home to basically die" following chemotherapy last year. Savinar and her daughter went Black Friday shopping with Kylee last year and she said Kylee appeared to be in significantly better health with the treatments her mom discovered.

“They have the right to choose the medical care that they receive," Savinar said. "I don’t think any doctor should be able to dictate to you how you proceed with treatment.”

Kylee's mother has has started a GoFundMe campaign, asking for $50,000 to pay for naturopathic medicines and to assist her with "legal representation."

In her plea, she mentions in part, "I've always been a strong soul, independent and self sufficient, so this is extremely hard for me to even do, it's taken me months to write this and the only reason I am is because I'm cornered and have been threatened by my daughter by DHS and the Evil Doctor that's pissed off that my Daughter didn't die!!!"